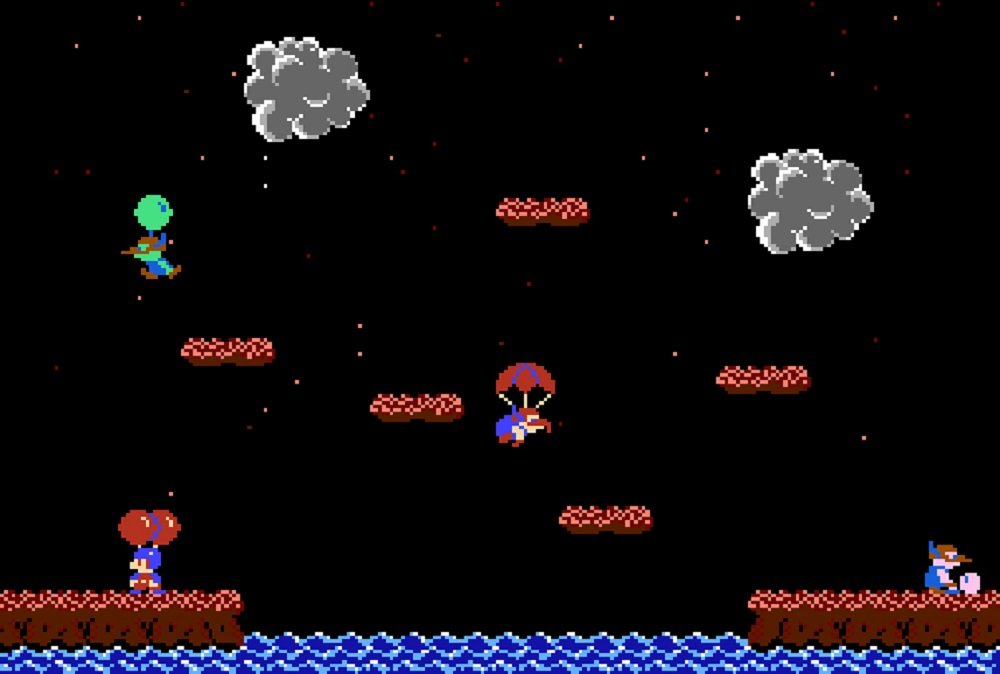 It’s a return to the world of Vs. games for this week’s offering from retro publisher Hamster Corp. As Balloon Fight – coded by Satoru Iwata no less – returns on Nintendo Switch.

The platformer first arrived in the arcades as part of the “Vs.” system in 1982, before eventually transitioning to the NES platform in 1986. In essence Nintendo’s answer to Williams’ Joust, Balloon Fight sees one or two players take to the air to clear several screens of balloon-laden enemies. Other hazards such as lighting strikes and vicious piranha must also be avoided to keep your heroes riding high. Every few stages, a bonus round sees players attempt to grab as many balloons as possible as they eject from a chimney system.

Here’s a video of the game in action, courtesy of YouTuber nenriki86:

Obviously, it’s really tough to recommend Balloon Fight today at its eight bucks asking price. But for Iwata devotees and Nintendo historians, its definitely one of the “forgotten titles” of the company’s fledgling years, which might be enough of a sell for completionists, but there’s not a lot of entertainment to be had here.

Balloon Fight is available to download now on Nintendo Switch.