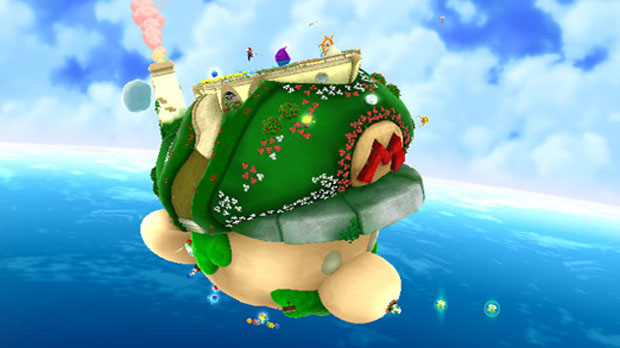 Information went around last week regarding Nintendo president Satoru Iwata’s thoughts on how Japan seems to dig the 2D Mario more than the 3D version. It sounds like more of that worry that Japanese gamers fear 3D control, which I’m not too sure about. Get this, though: Sales numbers show that Japan bought about 3 million copies of the 2D New Super Mario Bros. Wii, but only 1 million copies of the 3D Super Mario Galaxy. That has to mean something.

Iwata tries to explain this in a financial meeting:

“As we see it, one reason why a number of people who love 2D Mario do not want to play 3D Mario appears to be because they are afraid to be lost in the 3D world by not knowing the exact directions, while they feel that they can play with 2D Mario with no such issues.”

He continues: “One of the development themes of the original Super Mario Galaxy was to create a 3D world where people may not be easily lost, and the spherical shape was adopted as the game play theme for this reason. However, when we look at the Japanese sales, I do not think that we were able to effectively tackle this challenge with the original.”

Maybe this explains the push toward 2D in Galaxy‘s upcoming sequel, Super Mario Galaxy 2. Maybe that’s why they’re going to include that training DVD in each game box.

Why Do Japanese Gamers Not Take To 3D Mario? [Siliconera]