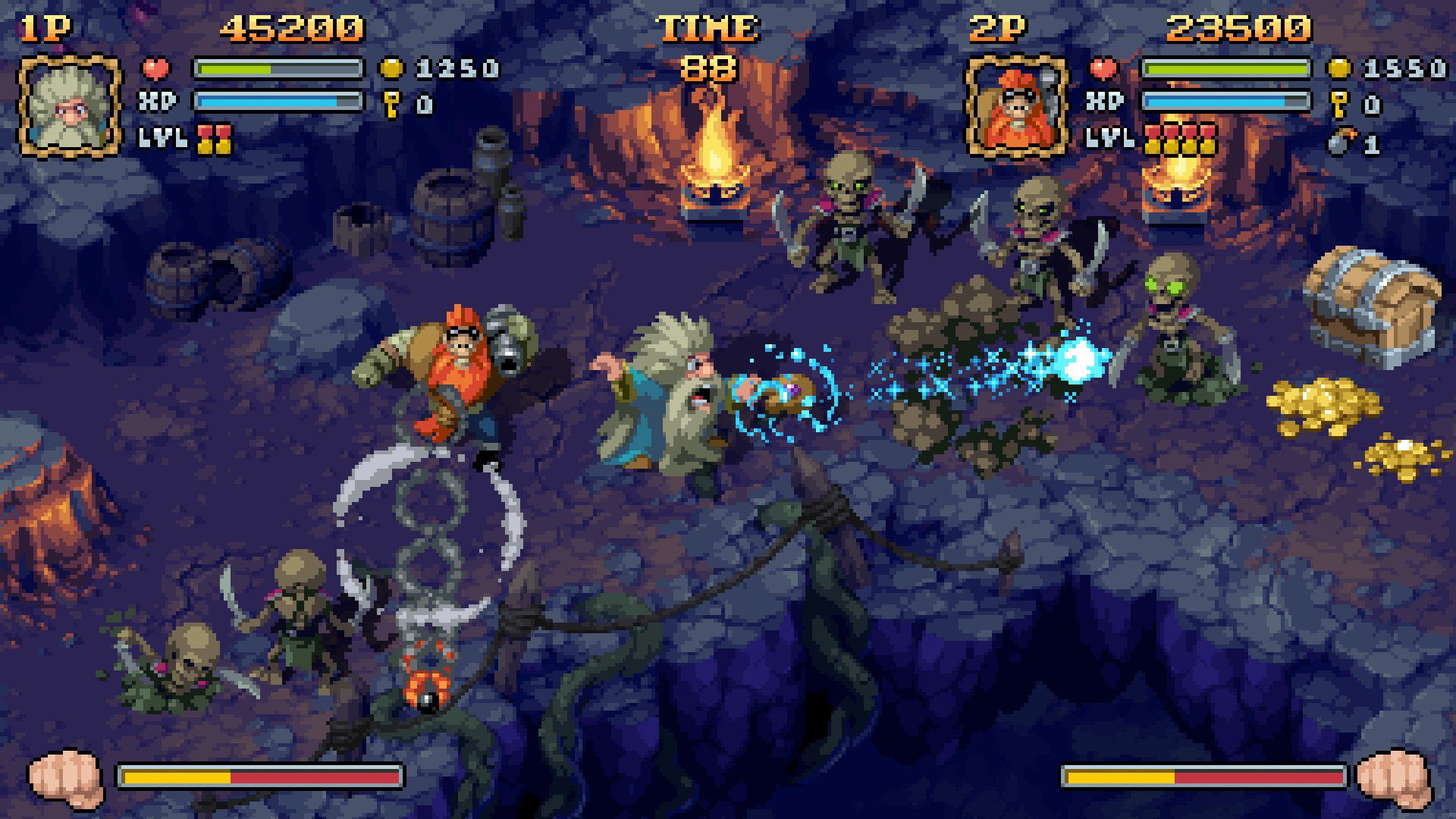 Before you can even ask: yes, it’s coming to Switch

You ever get excited about a game, forget it exists for a year or more, and then randomly see it pop up close to its release? That’s me right now as I’m reminded of Battle Axe, a co-op hack ‘n’ slash arcade adventure with lavish pixel art. It’s launching in April 2021 for PC, PS4, Xbox One, and Switch.

After covering Henk Nieborg’s successful Kickstarter campaign last year, Battle Axe is back in the spotlight today as part of a multi-game presentation from Numskull Games. On a related note, yeah, there’s going to be a physical edition from the UK publisher – just PlayStation 4 and Nintendo Switch.

Today’s developer commentary overview touches on the three main characters (an elf, a wizard, and a marauder) who specialize in ranged and melee attacks, character progression in the primary Arcade mode (which includes an eventual New Game+), and the more Gauntlet-like mania of Infinite Mode.

If you’re looking to play cooperatively, as all good hack ‘n’ slash games should be, it’s local. I also have to give a nod to the spot-on music – the soundtrack was created by the legendary composer Manami Matsumae. The end of the video shows a boss battle, and wow, the “stage clear” fanfare hits just right.

After everything I’ve heard about Bitmap Bureau’s Xeno Crisis, I’m feeling good about this one. Nieborg also posted a new Kickstarter update with a look at other areas and the CRT shader, if you’re curious.