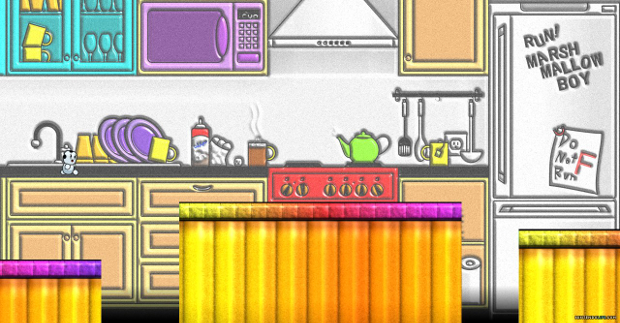 Pre-orders for PC, Mac, and Linux port do too!

In celebration of the GamerX event going on this weekend, I’ve Got To Run! creator Syrenne McNulty has put her game on sale for $1.19 ($1.29 in Canada) until Sunday, July 13th. All proceeds from the sale will go towards The Trevor Project, the leading national organization providing crisis intervention and suicide prevention services to lesbian, gay, bisexual, transgender, and questioning youth. I think this is the first time the sales of a game on home consoles have gone strictly to charity, at least for a limited time.

If you don’t have a Wii U but you still want to contribute, you can pre-ordering the game on PC, Mac, and/or Linux at the publisher’s website. That money will also be going to The Trevor Project, but only for this weekend. We had Syrenne on Sup Holmes a few weeks back, and her excitement for games is palpable. I’ll likely be double dipping on her game once it comes to the 3DS, if not just to be a part of her unbridled enthusiasm for development. You can feel the sincerity in the comments from Syrenne and GaymerX’s Toni Rocca found below.

From Syrenne- “The Trevor Project is an amazing charity that has helped me in my own times of need, so I’m very pleased to be able to help them out. I’m also incredibly pleased to have the full support of the GaymerX team for this charity sale, and to be able to run it directly alongside GaymerX2 in San Francisco.”

From Toni Rocca, President of GaymerX – “I’m really happy to see game developers being more active in supporting LGBT causes like The Trevor Project. We’re honored to be a part of this in any way and we think the charity does a lot of good work. I think this sets a good example and hope more people follow it. A lot of people in positions of power make a lot of statements about supporting LGBT folks, but doing so with your wallet can make a real difference.”