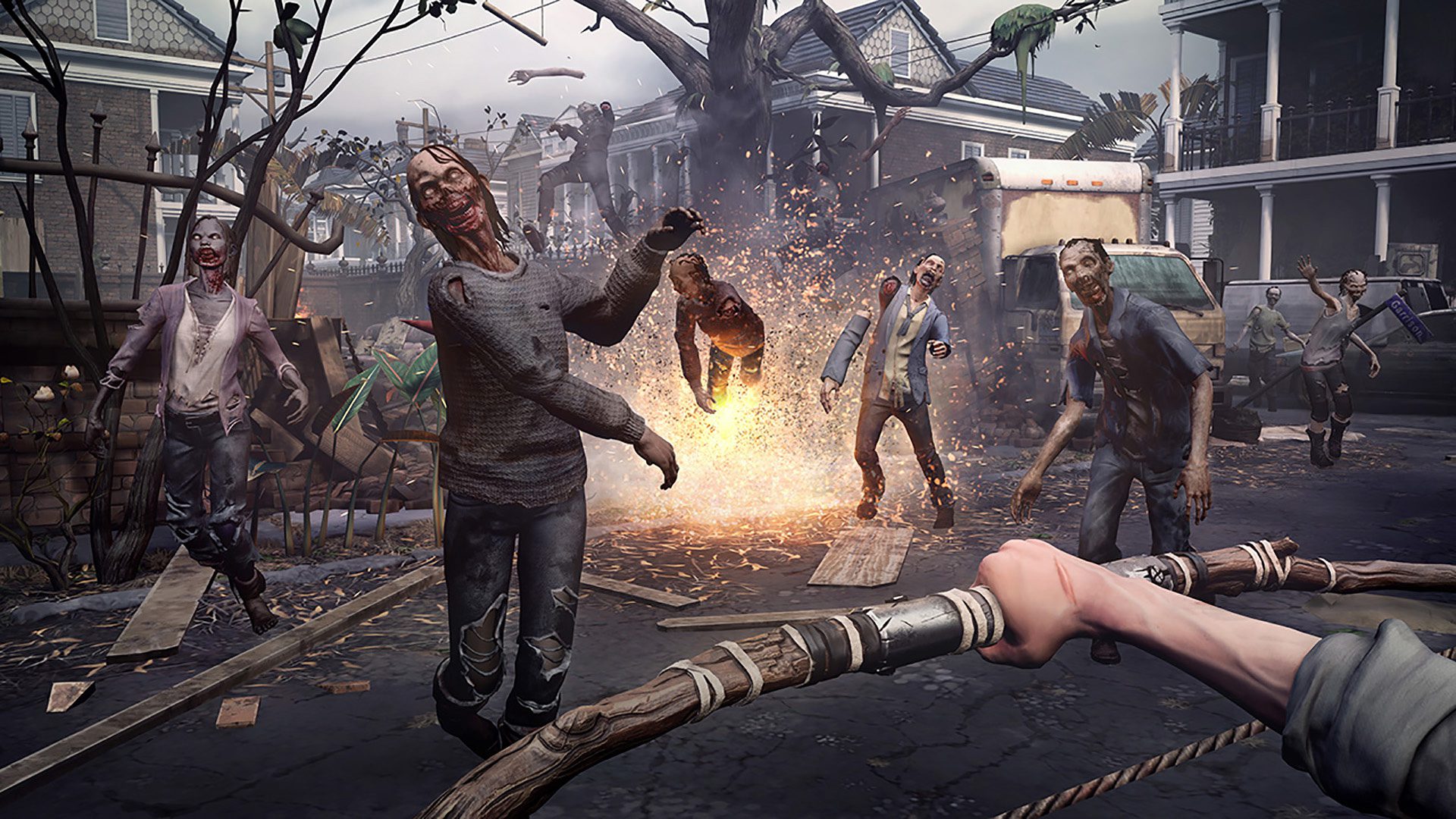 The Walking Dead: Saints & Sinners, arguably the most interesting TWD video game adaptation in years, is out today for $39.99 on PlayStation VR. If it’s been a while since you’ve used your PlayStation Move controllers, you’d better double-check that they still have a decent charge. Mine never seem to!

Given that you can’t use a DualShock 4 controller for Saints & Sinners, you probably have some idea of how this melee-action-centric survival game will play. It’s not the most inspired subject matter, and The Walking Dead has an inconsistent-at-best track record, but it’s worth stressing that this isn’t some rushed-out VR experience that you’ll blow through in an afternoon and delete from your hard drive.

It’s a 15-hour romp through New Orleans (well, what’s left of it). The overemphasis on crafting bogs things down, but Chris still ended up calling it “one of the leading ‘full’ VR experiences to date.”

He tested the Valve Index version for his original review, and while PlayStation VR obviously can’t reach those same technical heights, Skydance Interactive says the port is “optimized,” and many of the highlights – like “picking up screwdrivers and thrusting them through zombie heads” – still apply.

I can’t personally speak to the PS4 port, but impressions out of the PSVR subreddit are encouraging.

It warms my heart knowing PlayStation VR is still hanging in there in 2020. As much as I’ve enjoyed the games on and off since 2016, I’m ready for Sony to come out with the next headset sooner than later. I’m especially ready for a controller overhaul. There’s a lot of catching up to do, tech-wise.

If you’re waiting on the Oculus Quest version of Saints & Sinners, it’s coming in Q4 2020.