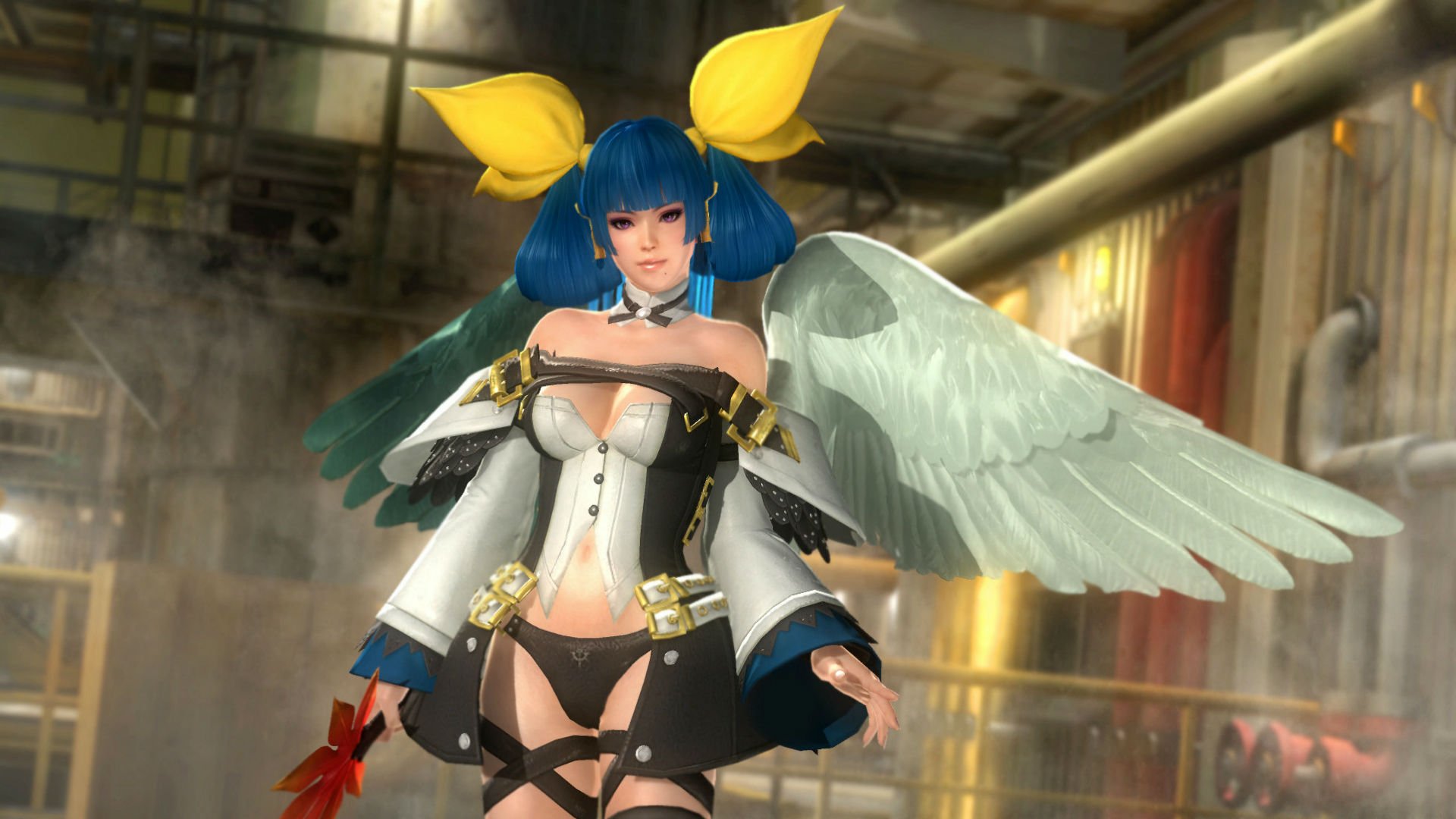 Had no idea this was something I needed so badly

The Dead or Alive series loves its DLC. The latest release, Dead or Alive: Last Round, offers all its DLC costumes together for a $93 USD lump sum. This may definitely be one of the worst aspects of the fighting game genre, but even I succumb to costume DLC from time to time. Especially when it involves my boo Nyotengu.

Team NINJA revealed a collaborative effort with Arc System Works in which Dead or Alive 5‘s ladies don outfits from the Guilty Gear and BlazBlue series. Highlights include the aforementioned Nyotengu as Guilty Gear’s Dizzy, Momiji as GG‘s Baiken, and Marie Rose as BlazBlue’s Platinum the Trinity.

The 16 costumes are currently only available for purchase in Japan and Europe.