Time to scrape the rusty blood off your saw cleaver, primp up your impossibly cool Victorian coat, and hunt some beasts. Return to Yharnam, a mass-community Bloodborne event scheduled to begin March 10, is encouraging fans to take to up the hunt with a fresh character and flood the streets of Yharnam once again. If you missed Bloodborne when it was released, this is your chance to experience the game as it was at launch, full of friendly co-op partners, dangerous invaders, and mysterious messages. 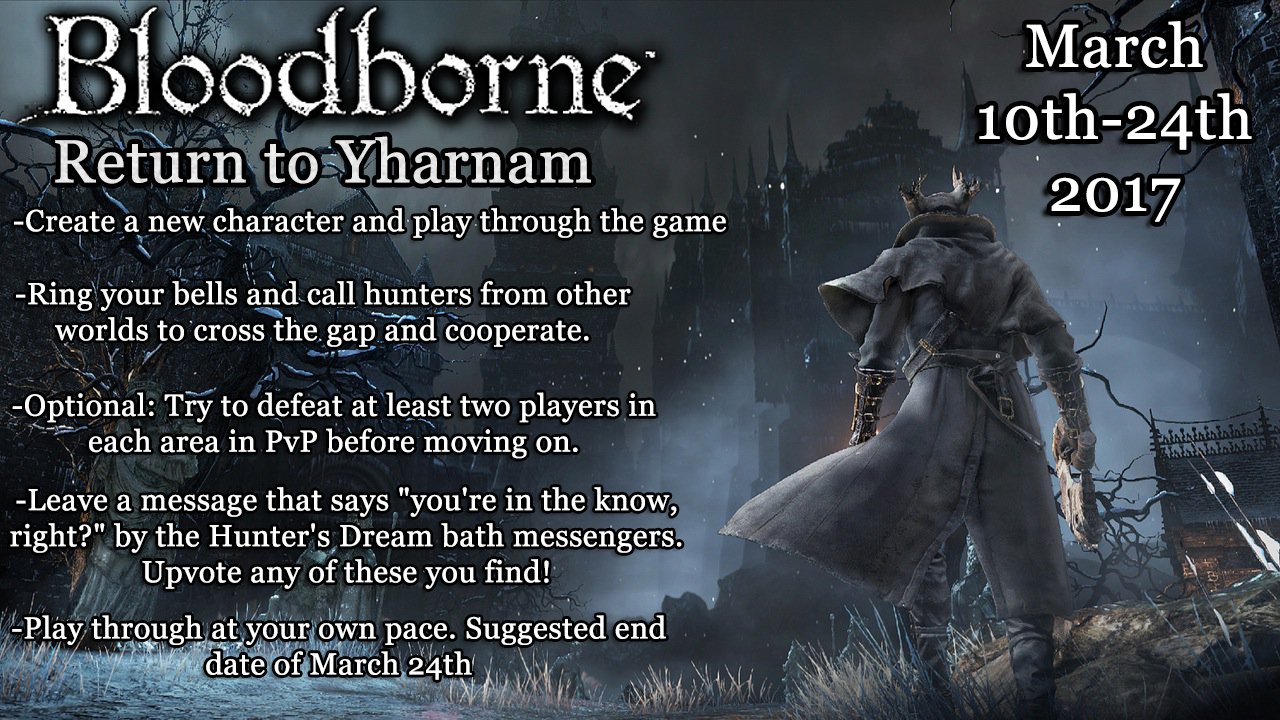 This event follows on the heels of the recent successful Return to Drangelic, which by all accounts saw lots of activity (spurred on by participating streamers). I predict this event will be even more successful. Dark Souls 2 is a game spread across multiple consoles and the PC. Even with a ton of community heat, the impact of returning players was going to be somewhat spread out. Bloodborne is a PS4 exclusive, so all the blood-letting will be concentrated in a single pool (which sounds kind of gross when you put it like that).

I know I’ll be taking part. I got into Bloodborne late as I didn’t have a PS4 when it was released and while I sorely loved the game, I always felt like I missed it at its best. This would be a good chance to dive into the DLC content I never got around to either. If you see me out there, I’ll be the guy swinging around a Kirkhammer trying to look like he knows what he’s doing.