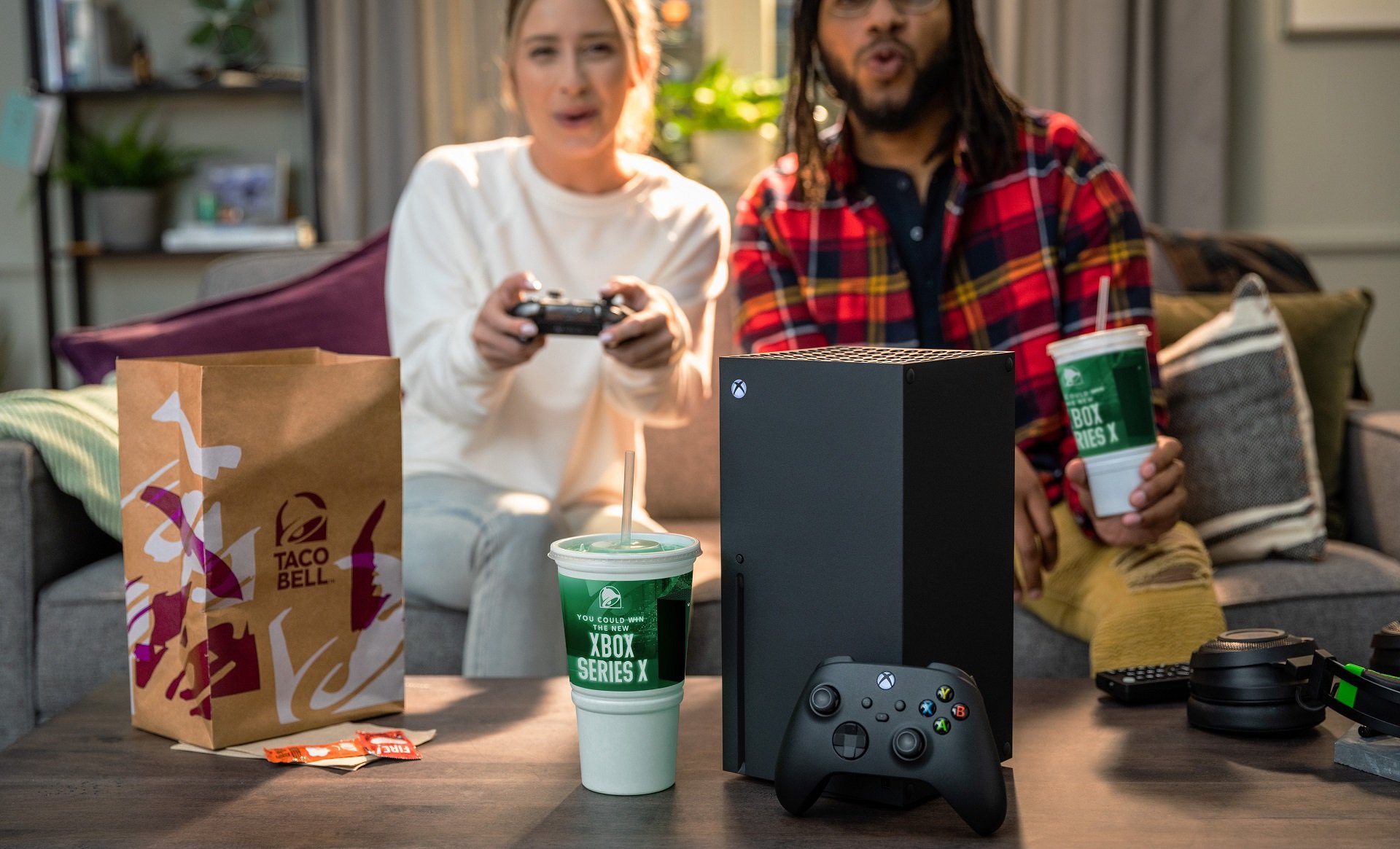 You were already eating it anyway

The more things change, the more they stay the same. Microsoft is rolling out the red carpet for the new generation of Xbox in exactly two months. If you’re not so bullish on shelling out $500 for a new console, you can buy a lottery ticket at the same fast food restaurant that has held Xbox contests for four years and running now.

Once again, Taco Bell and Microsoft are teaming up in the fall for an Xbox giveaway promotion. This one’s a little more forgiving in a sense. You don’t need to order some sort of $5 boxed promo meal for a shot at winning an Xbox Series X. That’s usually what this collaboration is hinged upon. Instead, you simply need to buy a medium or large drink.

Starting on September 24, Microsoft is giving away approximately 4,000 Xbox Series X bundles that include a controller and six months of Xbox Game Pass Ultimate. You can enter up to three times per day, and a winner is selected every 15 minutes. Although the contest begins in September, winners can expect to receive the Xbox Series X sometime around the November 10 launch.

Sip on some Baja Blast, win yourself an Xbox Series X. This is how kings live. (I imagine. I’m certainly no king, so please don’t take my perspective on what it’s like to be a king.)