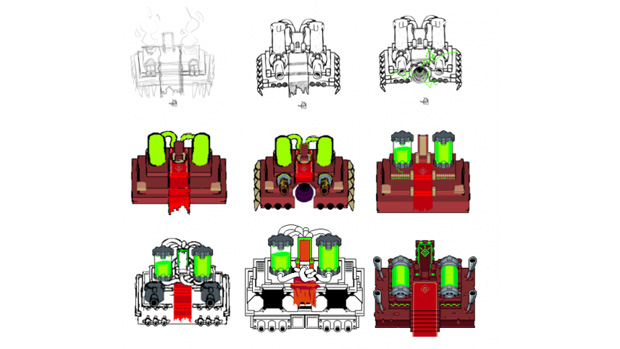 After months of updates, the in-development Nuclear Throne now has an actual Nuclear Throne, though getting to it — and surviving the ensuing battle — won’t be easy.

“To us, reaching the Nuclear Throne is the most crucial moment in the lore of the world, but there is much left to be told about the world that the game takes place in,” wrote Vlambeer. “For the second half of development, we will revisit much of the content already in the game, but also start expanding on the lore and the world in the game.”

The team is still working toward making the game “feature complete,” after which point it will begin implementing all of its content and polishing. Followed by more polishing. Then, it’ll be time for release — first on PC/Mac/Linux, and then on PS3/PS4/PS Vita.

Back when I was sharing an apartment with former Destructoid editor Conrad Zimmerman, I got to watch him push through Nuclear Throne and wanted to play, too. But as with most games that I’m sure I’ll enjoy, I’d rather wait until it’s further along in development before jumping in.

You can now reach the Nuclear Throne [Vlambeer]

Here’s what shape the game is in as of update 33: