But it sure is rewarding

I always liked the sound of Guns of Icarus Online. It’s a competitive multiplayer game in which players work together to control a steampunk airship and take on other teams. Someone physically steers the vessel, while others man turrets, spot enemy ships, and put out fires. It’s one of those games that you probably don’t want to get into unless you can assemble a decent, reliable group — that’s been my thinking these past few years, anyway. I can’t be alone.

The game is getting an Adventure Mode, though. It’s called Alliance, and it’s going to pull in a whole new batch of players who, like me, have been intrigued by Guns of Icarus but would prefer to focus more on teamwork than competition with real people. In this expansion, you’re facing off against AI-controlled ships with your fellow crew members. It’s PvE, not PvP.

I tried Alliance last month at PAX and while I enjoyed what I played, my goodness was there a lot to take in all at once. It was my first time with Guns of Icarus, after all.

My duties were relatively simple — help mark far-off ships and structures, hop from gun to gun, shoot bad guys until they explode — but even that proved chaotic. Acclimating to the different types of weapons and their variable ammunition (and bullet drop!) proved difficult at first, especially when the ship’s layout was still unfamiliar to me. Efficiency is crucial to surviving.

Sometimes, our guns were on fire, on account of the many ships shooting at us. Other times, while backing off of a turret (because it needed to reload or, uh, it was on fire), I fell to my death. It didn’t happen early on like I thought it might, but after the first fall, it became a habit. 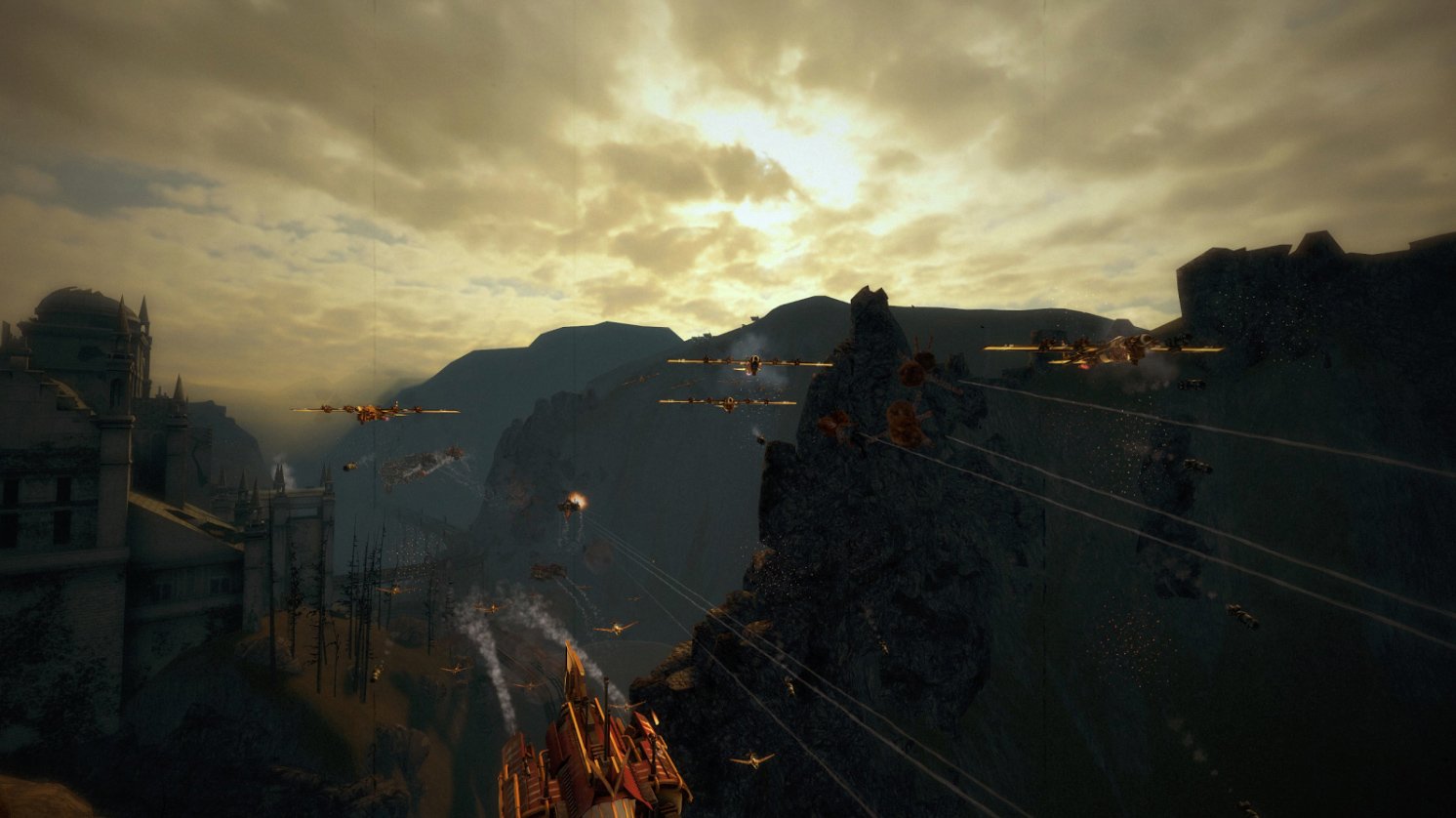 Despite Muse Games CEO Howard Tsao’s best efforts as our pilot, we died. A lot. Still, it was exhilarating — each airship we brought down felt like a feat, as it should. There’s depth to the combat, which I appreciate (and will appreciate far more once I’m proficient with the systems).

Alliance has been a long time coming — reworking the game to function with AI has been challenging — but progress is being made. Kickstarter backers are now testing the prototype.

In its latest Kickstarter post, Muse Games wrote that it will be “adding progression to characters and factions. There will be a world map and a grander sense of the Guns of Icarus universe where every battle will shift the course of history. At the end of each season of conflict, you’ll have the opportunity to have your deeds immortalized in the lore of the game, and have glory bestowed upon your clan and faction. While not all of these features will be available immediately, we’ll be seeing more and more of them enter testing as we continue to push towards launch in 2016. Last but not least, there will also be new unlockable ships, new weapons, new tools, new clothes, decals, and more!”

It’s still going to be a bit of a wait, in other words. I hope everything comes together as promised.