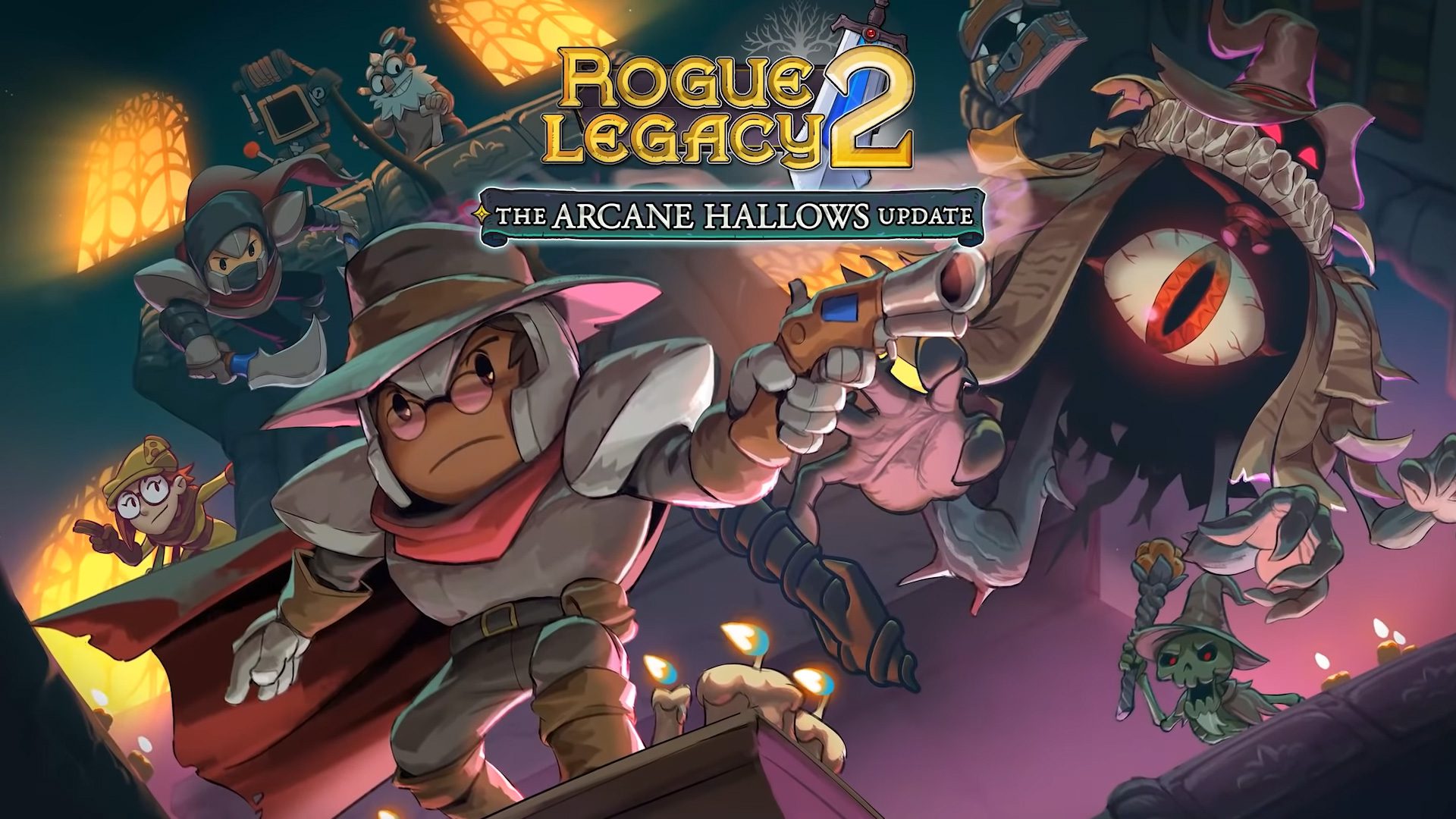 The still-in-Early-Access sequel has ‘surpassed’ Rogue Legacy ‘in terms of raw content,’ and it’s loads of fun

Did you know there’s a Rogue Legacy 2? And that it’s in Early Access on PC right now?

I know plenty of us prefer to wait until games like this are done, but even with that caveat, I feel like there isn’t enough noise surrounding this sequel to such a beloved game. It looks and plays fantastic.

Going in, the biggest criticism I had for Rogue Legacy 2 was a lack of content to keep the roguelike machine spinning. The Far Shores update was a huge boon, and the latest update, Arcane Hallows, pushes the sequel past the original Rogue Legacy “in terms of raw content (excluding NG+).”

In terms of raw numbers, there are four biomes (the latest is the tricky Stygian Study), nine classes (including the just-added Gunslinger and the Assassin), and 650+ potential room layouts to come across. I made a beeline for the Gunslinger, who can fire off a stream of shots mid-air, letting you engage enemies from a safe distance, but they regularly need to reload and the timing is crucial.

Other highlights from the Arcane Hallows update:

Notably, Cellar Door Games also put in work to lift the performance – I immediately noticed a difference when I jumped back in; it’s consistently smooth – and the load times should be shorter, too.

What’s next? “In nearly all aspects we have either met or exceeded what was found in the original, and there’s at least two more content patches planned! We have more biomes, more bosses, and more everything still in the pipeline, and we hope you stick around to see what’s in store for the future.”

I’ll admit, it’s a slight nuisance to have to re-purchase skills and perks with each major update (although it’s satisfying to see the castle build itself back up again with each unlock). That said, you’ll be able to enter each update with most of your gold refunded, so you don’t actually have to re-grind anything.

I imagine most of you will continue to wait to play Rogue Legacy 2 for the time being, but if you do feel the castle-storming urge again, the game is already in a great place and there’s lots of fun to be had.