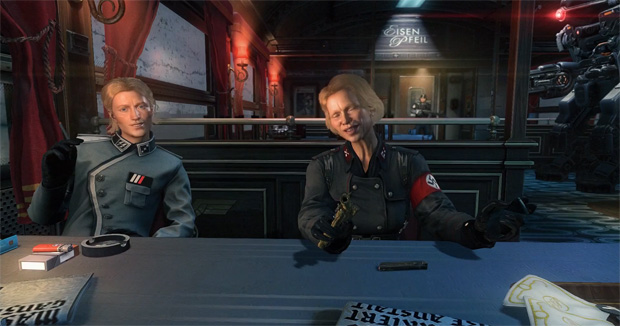 Sometimes you get tested by a creepy Nazi lady

Wolfenstein: The New Order is one of those games that sort of just exists. While there are neat aspects to the game — I’m a sucker for alternate realities and mechs, to be clear — it’s hard not to be largely uninterested even with Doom beta access on the line.

Part of me is hopeful the delay to May 20, 2014 will have helped turned it around since I last demoed the game. Speaking of which, here’s a cool sequence, one that MachineGames showed off to the press what feels like years ago. I don’t recall it ending that way before…