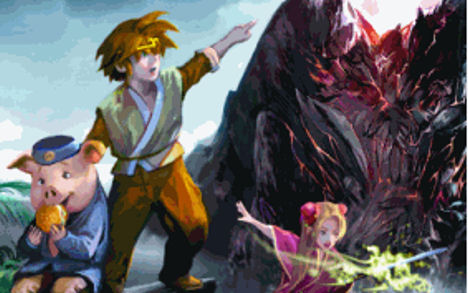 Capcom might think it’s acting retro with Mega Man 9 on WiiWare, but some people have the balls to go the whole way. Presenting The Legend of Wukong, a roleplaying game developed for use with the Sega Megadrive/Genesis and scheduled for release this Christmas.

Legend of Wukong is a vibrant, new role playing adventure game for use with Sega Genesis and Sega Megadrive videogame systems as well as all compatible systems. Scheduled for release in time for Christmas, 2008, it will mark the second commercial game release for the Sega Genesis in the United States since 1998 (the first being our own Beggar Prince).

This isn’t the first time a brand new game has hit the Genesis in modern times, but that doesn’t make it any less awesome. We British gamers tend to have the ol’ Megadrive in our blood, so I’m happy to see something released for it.

Who about you? Are these truly retro releases a good idea, or is it nostalgia gone mad?