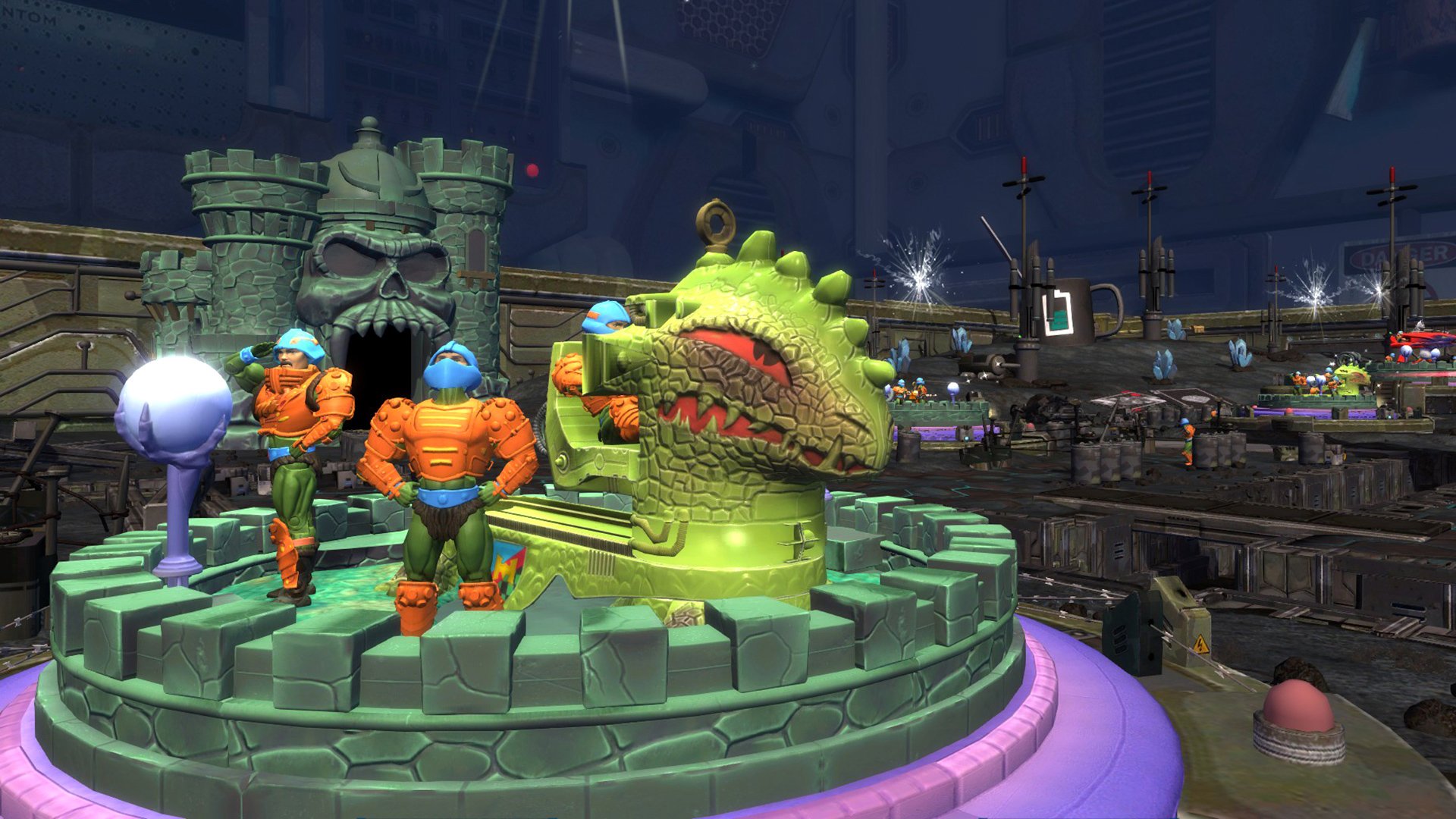 Lot of smaller but still rather cool announcements this week ahead of E3.

Toy Soldiers: War Chest is fleshing out its roster of original toy armies with the likes of He-Man and G.I. Joe. This series, if you’ve never played, is a mix of tower defense and direct-control action. In other words, you’ll be able to play as He-Man and beat up figurines while riding on Battle Cat.

Ubisoft says there are two other licensed toy armies — any guesses or hopes?

The game is slated for PC, PlayStation 4, and Xbox One, but there is a catch. Toy Soldiers: War Chest is $14.99 digitally if you’re buying the standard edition, which includes four armies (Phantom, Dark Lord, Kaiser, and Starbright) but not the licensed content. That stuff is a separate purchase — either $4.99 for each individual licensed army, or $14.99 for all four bundled together.

Naturally, there is also a premium edition of War Chest, priced at $29.99, that comes with all eight armies. That will be available at retail as well as downloadable on PC, PS4, and Xbox One.