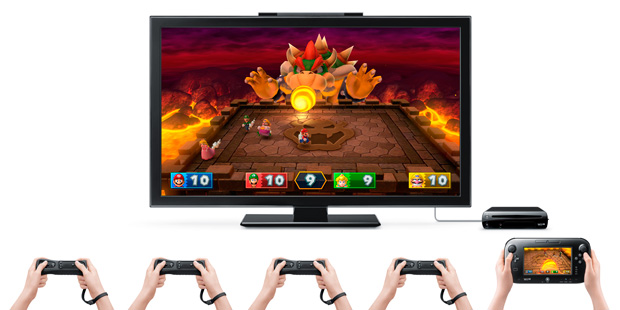 Someone gets to *be* Bowser!

The Wii U could use a new Mario Party and it’s getting exactly that at long last. It looks super fun!

In Mario Party 10, there are new Bowser Party mini-games which let one person control Bowser using the Wii U GamePad while up to four players use Wii Remotes to survive. In one example shown, the GamePad player shot fireballs while Mario and co. attempted to dodge.

Good use of that controller and hey, it’s more Mary Party. I’m down!