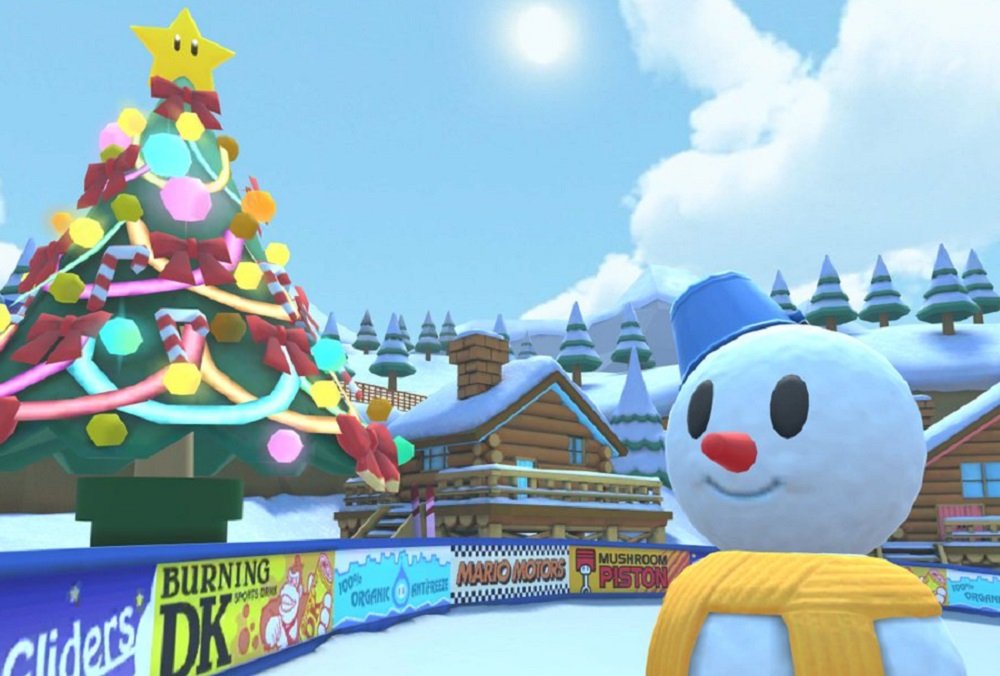 The season of giving?

Nintendo’s mobile-racer Mario Kart Tour is gearing up for the holiday season, with the latest reveal of a new Winter Tour, which will get underway tomorrow, November 19, at 22:00 PT.

The event was announced on Twitter by developer DeNO, advising racers to bust out their snow tires and chains for “a flurry of fun”. The message was accompanied by a simple image of a snowman and a Christmas tree.

With regards to the new events unlockable items, we’ll have to wait a little longer to find out what characters and skins will be filling Mario Kart Tour’s reward pipe – which is like Santa’s sliegh but with terrible odds you’ll get a gift you want. We do know, at the very least, that Mario Kart DS‘ DK Pass circuit will be added to MKT’s circulation of tracks.

And if there is a “Santa Suit Mario” variant, I’ll eat my own weight in mince pies.

What’s that outside? Has it started snowing already? That can only mean one thing…the next tour is the Winter tour! Bust out your snow tires and ready your chains for a flurry of fun starting 11/19 at 10pm PT! #MarioKartTour pic.twitter.com/WuVmKPqhHD