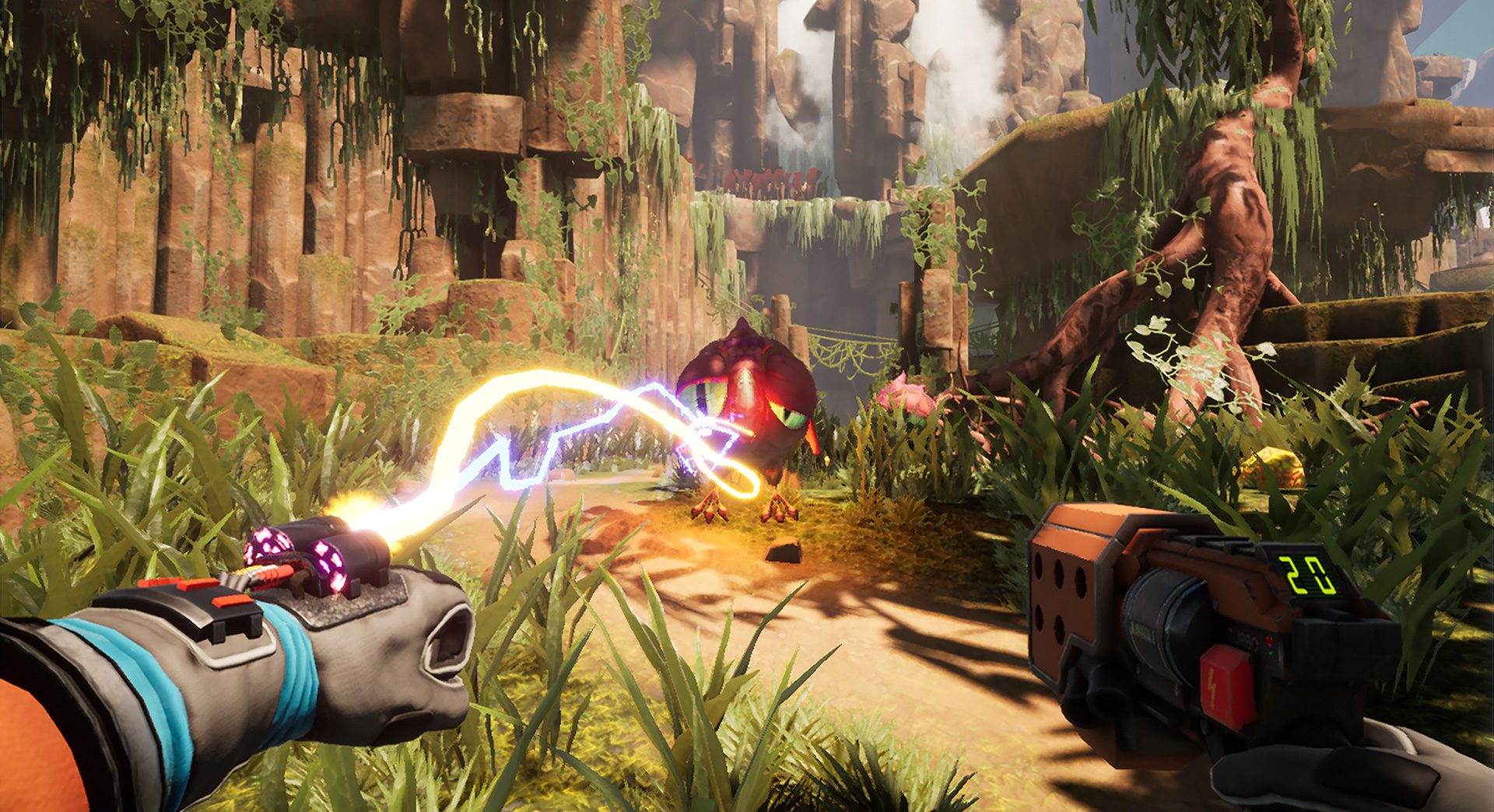 Everyone who digs Metroid Prime-style traversal should play it

You know, I recently got to thinking about games that were overlooked in 2020, and whether it was the early-in-the-year release date or the fact that we covered the game quite a bit on Destructoid, I totally forgot about Journey to the Savage Planet. It’s a Metroid Prime-lite type of experience – a great one!

After going there and back again with console ports (including Nintendo Switch), Journey to the Savage Planet is coming to Steam on January 28, 2021. It’s been a full year since its Epic Games Store debut.

This game is best played in (online-only) co-op, but if you’re looking for a solo trip, you won’t be disappointed. The platforming, swinging, and jet-boosting traversal is a lot of fun, and I particularly like the sense of progression as you power up your suit. It has plenty of tricky optional collectibles, too.

Savage Planet doesn’t outshine Metroid Prime, but it conjures up many of those fond memories, and with Metroid Prime 4 continuing to take its sweet time, there’s a real need for this sort of game.

Don’t just take it from me – our readers like it too. I still need to play the Hot Garbage DLC sometime.