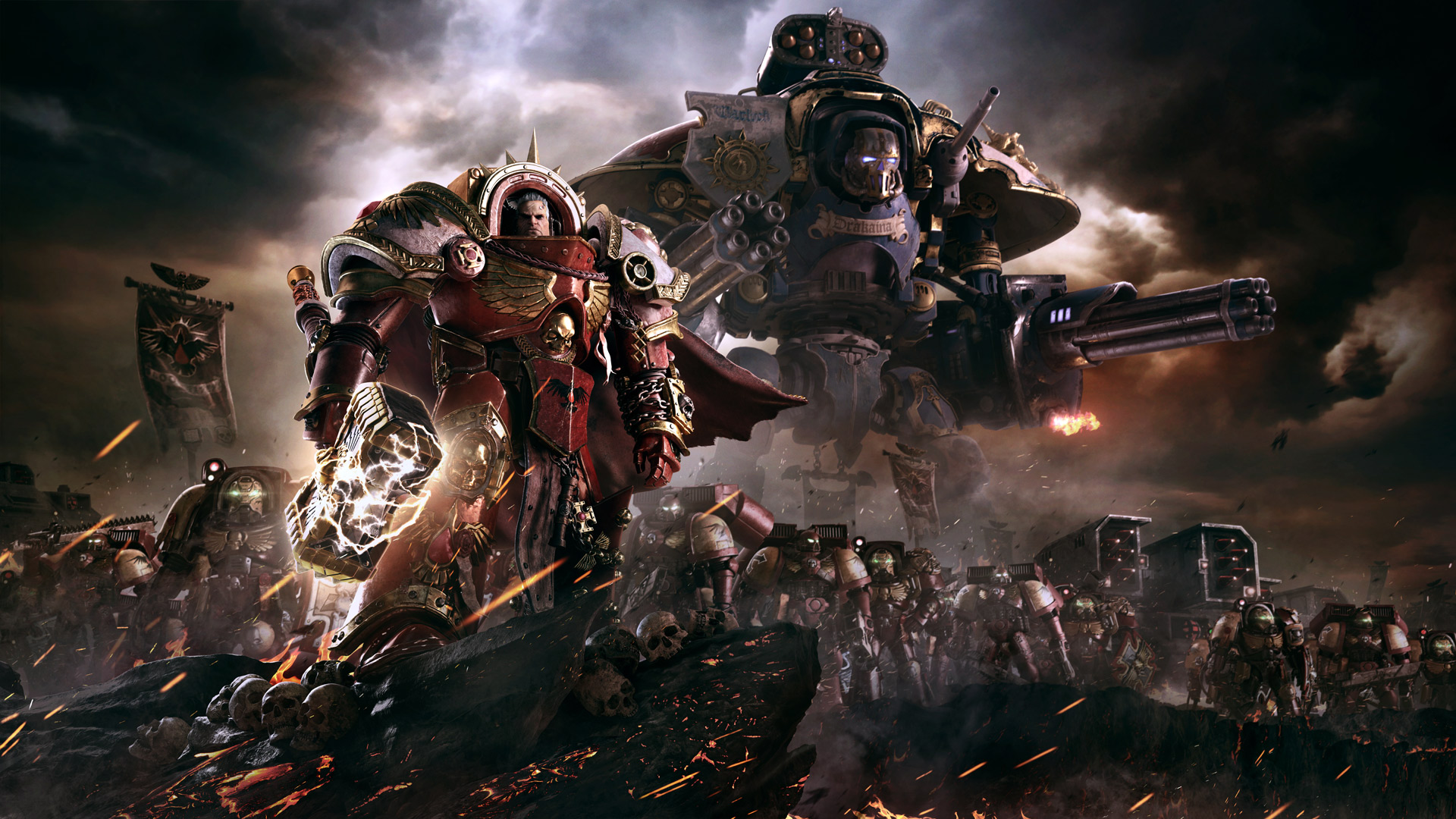 An intriguing mix of the first two games

It’s no secret that I’ve been happy about Relic’s revival of the Dawn of War series amid the countless other Warhammer 40,000 video game adaptations materializing on a now-yearly basis. There’s so gosh darn many of ’em! And, aside from a dream sequel to the well-liked but still underrated Space Marine, there’s nothing I want from this densely-packed property more than Relic-made strategy titles.

This past weekend at PAX West, I was able to spend 45 minutes with the base-building, big-army ways of Dawn of War III, a sort of fusion of the first game’s design philosophy with the more recent titles’ focus on managing fewer, more powerful characters in and outside of cover.

I don’t have a definite “take” on the game yet — it was only a single mission’s worth of hands-on time, leaving lots of room to speculate and extrapolate — but my appointment sure did go by quickly. 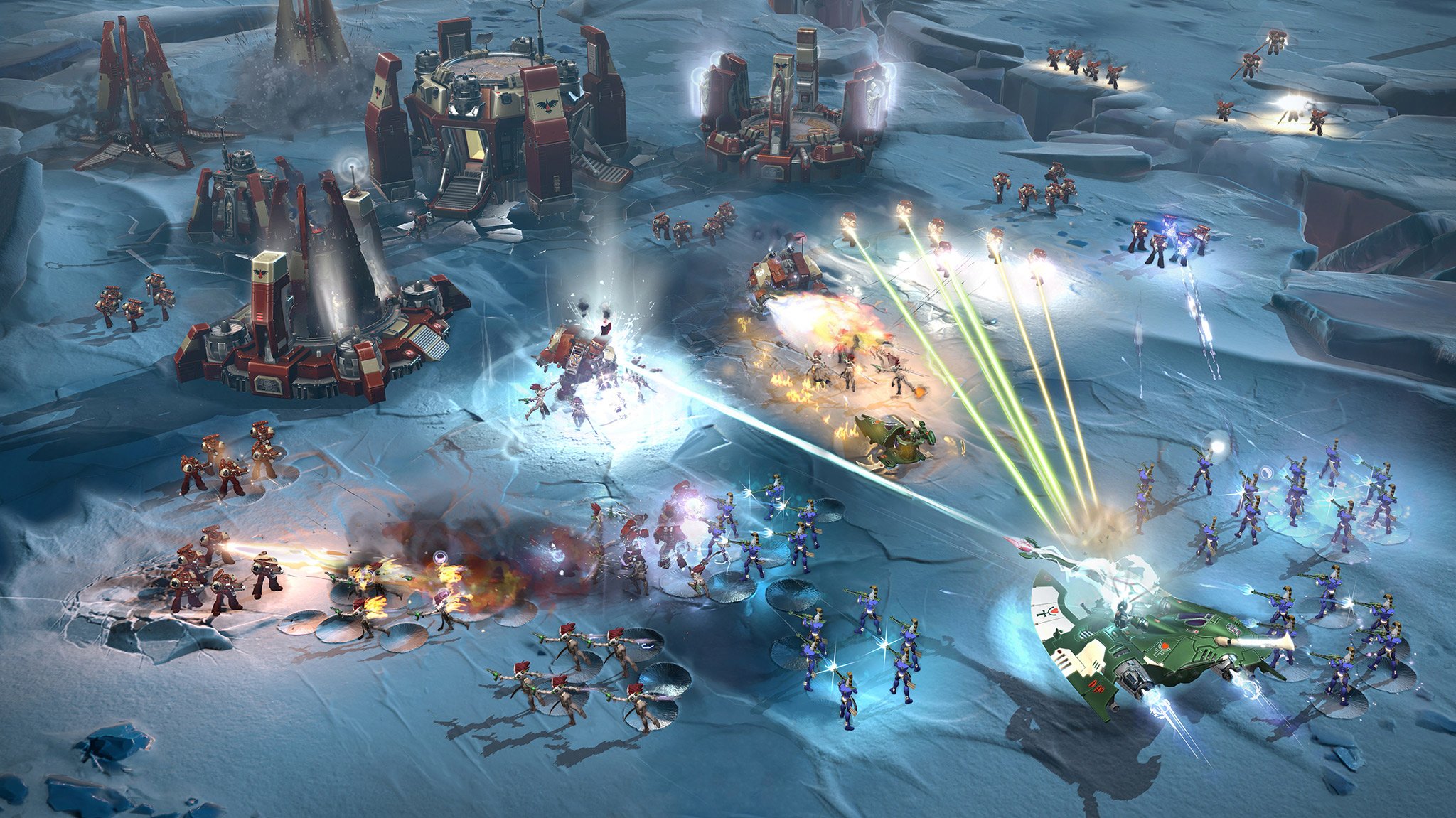 The demo was a later-game mission, according to Relic, and it sure felt like one given how many units I had access to (most of which I ignored in favor of producing waves of Dreadnoughts because it seemed like a good idea at the time) and also considering the complete lack of tutorialization.

Go in, fight the Eldar troops, destroy their warp points, and you’re done for the day. That was the idea, anyway! But as anyone who has attempted to do well at a strategy game on a convention floor will tell you, it’s not always so easy getting started. You’re not always in your right mind.

Touching down on the frozen planet of Acheron, I lead our good pal Gabriel Angelos into battle against Eldar forces alongside the towering Imperial Knight, Solaria. These two characters — and a third, a squad of teleporting Terminators I unlocked later in the mission but kept neglecting — represent the Dawn of War II side of this game. They all have their distinct roles to play, with Gabriel hopping about and smashing troops on the ground, and Solaria painting the ice a nice misty red with her missile barrages and sweeping Gatling spray that you manually aim and initiate. These heroes are powerful, but not invincible. If they die, it isn’t exactly the end, but you will have to wait for a lengthy-feeling revive.

Going back to the Warcraft III days, I’ve always loved this sort of design where, sure, you’re having to juggle troops, but most of your attention is set on keeping track of a few priority characters and their ability cooldowns. It was micro-managing these units where I felt most at home with Dawn of War III.

The vision for this installment, according to game designer Carolina Mastretta, is to “Synergize how those two [types of units] work together. How big and small heroes with epic possibilities can synergize very well with the rest of your army. What’s inspired us from both [Dawn of War and Dawn of War II] is the strategic depth, and that’s something we want to take even further.”

During our brief chat, we also got to talking about the rise of MOBAs over RTS titles and how their market domination may or may not be affecting Relic’s design choices. “I think the strategy genre has absolutely evolved in the past year,” she told me, “which is fantastic for every one of us making this game. Yes, there is inspiration, but DoW III is an RTS through and through.”

It has been years since I’ve played the original Dawn of War but, to my eyes, its basic version of base building has gone largely unchanged here. You can gain resources by capturing control-point-type nodes on the map and then upgrade them for better, faster resource-point generation. With the necessary funding in place, you can then plop down buildings and start calling in reinforcements. Again, I was all about the Dreadnoughts, with a mix of Space Marines and Snipers lending a muscular hand. Truthfully, my macro-level play was too groggy to handle much more complexity than that. 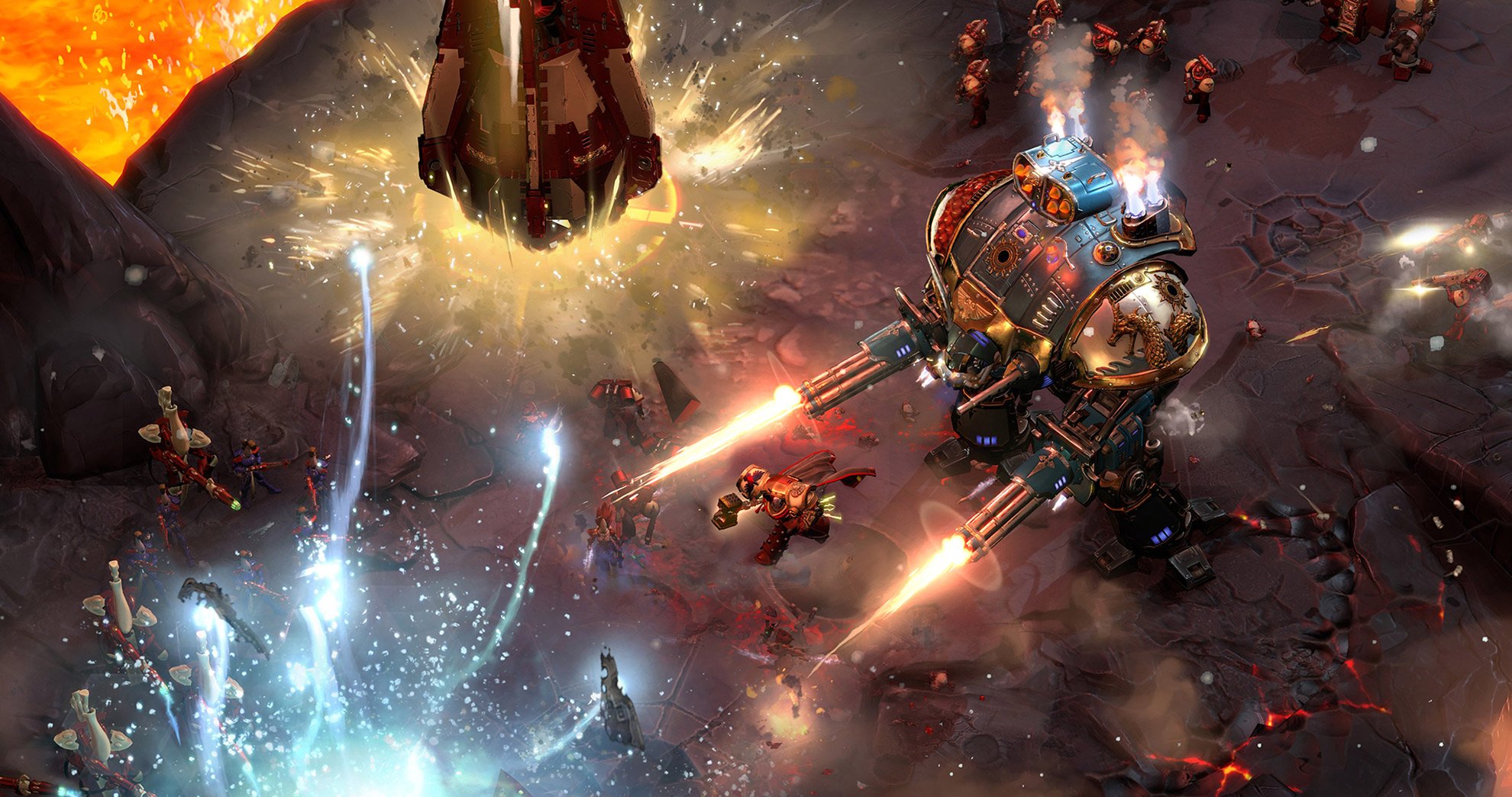 Nearing the end of the demo with about a minute left to go before I had to pull off my headphones and stop playing, a single objective remained in the mission. The final push. I decided to pit what remained of my army, a mostly-dead ragtag group, against a sprawling Eldar army led by a massive Wraithknight — the bad-guy equivalent of my up-until-then nigh-unstoppable mech. It was as intimidating to fight as it looked and, yup, it sure tore my my little army to pieces. Might as well go out guns blazing, right?

It’s like I said before: one mission isn’t enough to wholly form an opinion about a game like this, particularly given how the single-player campaign is split between two other playable factions (Eldar and Orks). And that’s to say nothing of the multiplayer mode, which Relic isn’t discussing yet. Did I enjoy this 45-minute slice? Heck yes. Will I enjoy the remaining however many hours? That’s hard to say for certain, but it’ll depend on how varied the missions are in terms of objectives, setting, and scale.

I asked if my favorite part of this series, the Last Stand co-op survival mode, would return. “At launch, we’re focused on getting [the best RTS we’ve made] into people’s hands and then we’ll see what’s next,” said Mastretta. As for other potential post-release support, “If you look at Relic’s history both with Dawn of War and Company of Heroes, the DLC and expansion strategy has always worked for us. So maybe that’s something that we focus on.” Until then, we wait. Dawn of War III isn’t out until 2017.