We got the dreamers disease

To say Rock Band revolutionized the admittedly short-lived plastic instrument phenomenon would be an understatement. This is a series that spawned not only a knockoff series from its biggest competitor but three direct sequels, multiple band-specific spinoffs (including the elusive Beatles license), and even a friggin’ LEGO collab — this thing had a full-blown zeitgeist. Like many niche interests, the genre crashed and burned, but a stalwart few still break out the cheap guitars and flimsy drum kits for some fake rock ‘n roll on a drunken Tuesday night.

I’m amongst those ranks.

Whether or not you ever got into the series, it’s proven to really have some legs. During its 13-year run, the series has featured some 2,800 songs, spanning every genre from the titular rock to rap, to country, and even parody tracks from South Park and Steven Colbert. Even to this day, the devs are still releasing DLC every Thursday to keep the series fresh.

It’s hard to complain about what the devs have done…but complaining is my business, and business is good. And gosh darn it, it’s time to put “You Get What You Give” in Rock Band.

First hitting the scene in late 1998, New Radicals’ “You Get What You Give” is considered by many to be one of the greatest singles of the late-’90s alt-rock scene. Band frontman Gregg Alexander disbanded the group shortly after the single’s release, pretty much damning New Radicals to the dreaded one-hit-wonder status.

What could have been a cultural relic has endured over the years, most recently resurfacing in political appearances by Vice President Kamala Harris’ husband. Its overall positive message about hard work and perseverance is also a favorite of the Biden family, resulting in the band briefly reuniting to perform the hit for the presidential inauguration.

Despite its longevity and renewed relevance, the song is still not in Rock Band, neither on any of the games’ multiple on-disc setlists nor as part of the series’ expansive DLC. For comparison’s sake, over the years, Rock Band has featured:

I could go on, but the fact that there are 11 songs from one of the most universally-mocked (yet seemingly contradictorily also one of the best-selling) bands in pop culture is both frustrating and disappointing. “This Means War,” Harmonix. If this is “How You Remind Me” of how one of the best songs from the ’90s is absent from your library, it’s time to “Burn It to the Ground.” If not “This Afternoon,” then “Someday.” “Never Again.” “Photograph.” 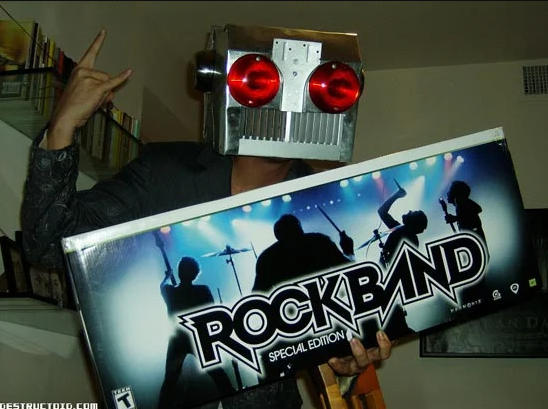 I’ve been patiently waiting for over 13 years now, Harmonix. It’s time to release “You Get What You Give” for Rock Band. And if Gregg says no — which is the sort of thing he’d do — tell him Joe Biden’s on my side.