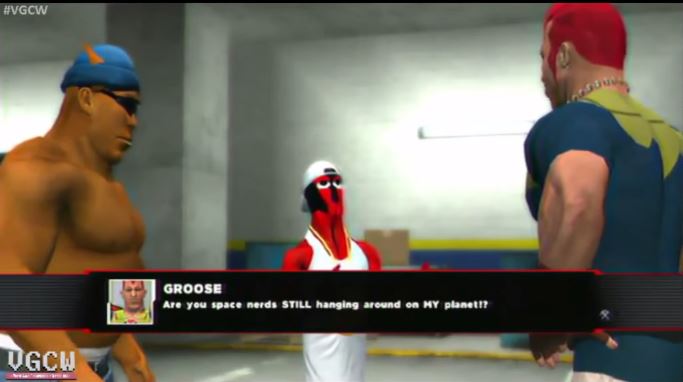 If you can imagine it, you can achieve it

WWE 2K15 wasn’t the best effort of recent titles in the wrestling series. But, a current hot topic in the games community might change that and make it a better game, at least to some degree.

Or, everything’s just going to get real weird.

2K digital marketer Marcus Stephenson revealed via Twitter that WWE 2K15 on PC will support mods. Well, the developer doesn’t look to be offering tools to make mods, but it doesn’t appear as if it’ll actively stop them either.

Some will use the freedom to spiffy up any perceived shortcomings in the game by adding features, fixing bugs, and increasing compatibility. Others will put Groose and ToeJam on the roster. Whatever floats your boat or finds your lost remote.

It remains to be seen how much WWE and 2K will let players get away with. You can probably bet that the first Chris Benoit mod will result in a definite line-drawing. As dedicated as the WWE’s been in completely washing itself from any ties to the deceased wrestler, it’s not going to let fans have their way on this one.

Over the course of the next few months, we should get some solid efforts from this community. One example’s already popped up, in which the crowd serenades the leader of the Cenation with refrains of “John Cena sucks!” anytime his entrance music hits. If someone could trim off Sheamus’ dumb goatee braids, we’d really be getting somewhere.