Another good ‘un from toco toco

Illustrator and character designer Akira “Akiman” Yasuda had a remarkable career at Capcom working on games like  Final Fight, Captain Commando, the Street Fighter series, and Darkstalkers. He’s the focus of the latest episode of the documentary series toco toco and, as always, it’s a joy to watch.

“At the time, the most outstanding people in the company were the game planners, so one day as [game designer Yoshiki Okamoto] was in the bathroom next to me, I asked him to let me become one,” recounts Yasuda. “He told me I could become a planner, but first I would need to build more experience in video games, so I was asked to support [Akira Nishitani], who would later become the creator of Street Fighter II.” The rest is history. Yasuda helped bring some of gaming’s biggest icons to life.

I particularly like his explanation of how Street Fighter characters came to fruition.

“When I start drawing, the character becomes different from the one I originally had in mind,” he says. “For example, when I first designed Chun-Li, I figured pants were appropriate for kung fu. However when we started programming, it just didn’t feel right. It was lacking intensity.” 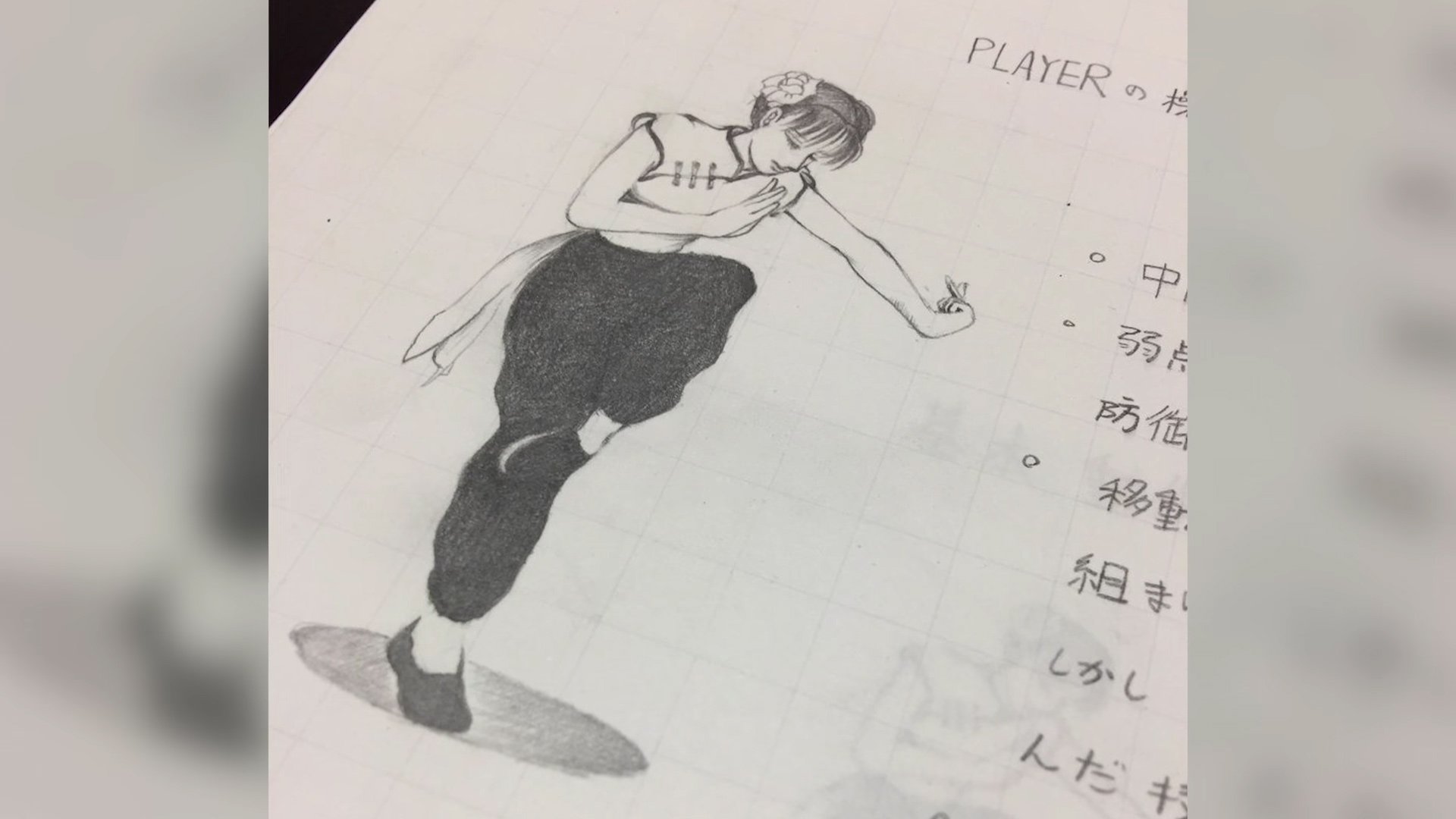 “In character design, even when a visual looks good, if it lacks impact once translated into pixels, it becomes meaningless. So after several tries, we figured that changing the pants into tights, and adding in shoes was the best choice once in pixels.” It probably goes without saying, but the episode isn’t just about Street Fighter — and you don’t need to be a fan of the series to get something out of it.

“Honestly, being praised from others is also important, but I feel that being able to accept oneself is essential,” says Yasuda. “If I can manage this, the rest is secondary. […] This is what I am looking to the most, being comfortable with myself. I keep working in order to achieve this.” It’s reassuring to hear someone as talented and successful as him express that sentiment about his work.