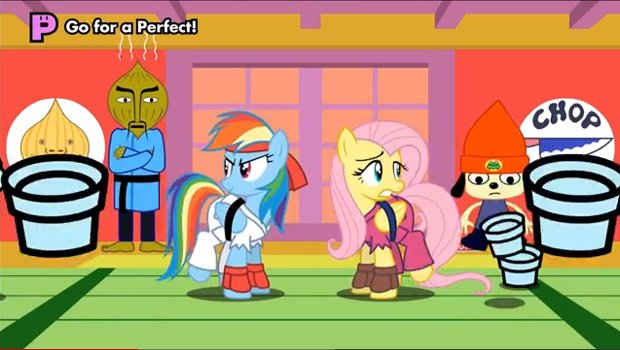 Applejack is my homeboy

From all reports, the game didn’t sell all that well in the US or in Europe, which is a shame, especially seeing as the Wii U and 3DS are region locked, giving fans of the series in the West even more reason to fear for their chances of playing future games in the series. It’s strange, because remixes/remakes of the game are still pretty popular on YouTube. The video above is past 200,000 views, a Team Fortress 2 remix from the game is at half a million views, and this Terry Crews remix is slowly creeping in on a million. Why didn’t those views translate into sales?

I can’t say for sure, but I am certain that the next Rhythm Heaven title will sell a lot better in U.S. if it features some My Little Pony vs. Old Spice vs. Valve crossover heat.