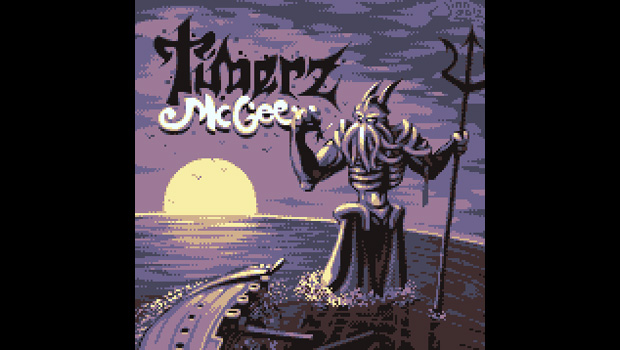 You look at that album cover and see a dot graphic Cthulhu holding a tiny sword-wielding man between his fingers, and you know this one’s gonna be good!

Chip artist Callum “Tuberz McGee” Kennedy has cranked out Certainty, a pay-whatever chiptune album released through 9-bit Records. Produced entirely in Famitracker for that authentic NES sound, Certainty musically delves into “elements of certainty” — the tracks have names like “Determinism,” “Agnosticism,” and “Solipsism.” For good measure, Tuberz tosses some acoustic guitar and digitally altered vocals in a couple of songs, sounding all the world like a number straight out of Adventure Time.

It’s a varied album sure to tickle you chip nuts out there. Give it a listen below!