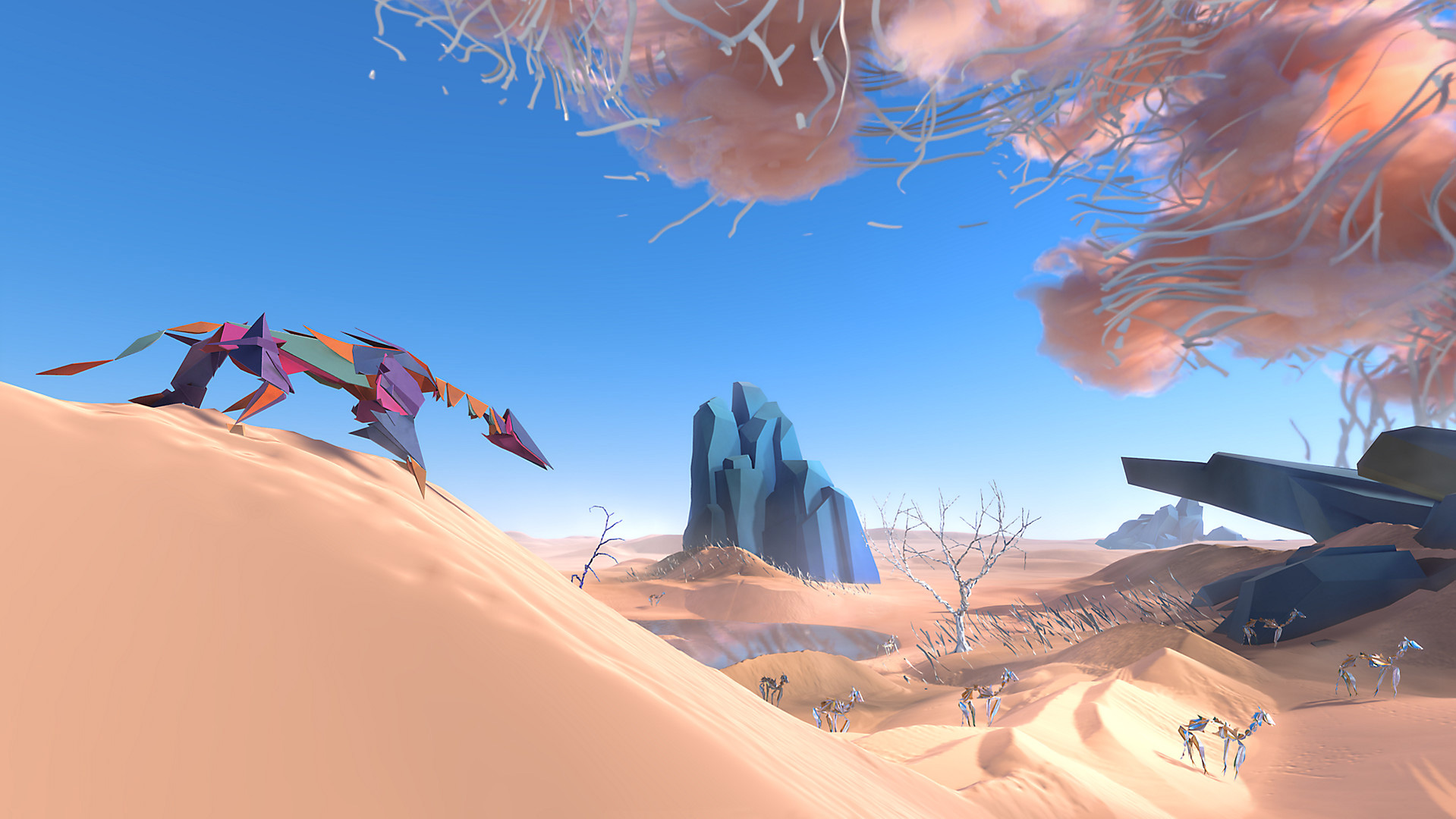 Another world to explore from Eric Chahi

Eric Chahi, the creator of Another World, is coming out with an ecosystem simulation game about origami creatures for PlayStation VR. Paper Beast has a story mode – you can alter the terrain and weather, not unlike a god game, to solve puzzles – and a sandbox mode. It’s the best of both worlds.

You might’ve heard that name before and wondered whatever happened to this game. Paper Beast is still happening, and as we learned today, it’s releasing soon – it’s out for PS4 on March 24, 2020.

“The player-explorers in Paper Beast can interact with every creature they discover on their journey,” according to developer Pixel Reef. “Powered by an extensive physics engine that calculates the creatures’ motions in real-time, they can be lifted up to resolve situations or to rescue them from predators and natural danger. The animals will adapt their behavior accordingly. The player is also able to manipulate the terrain to overcome obstacles or resolve environmental puzzles.”

Paper Beast doesn’t have the biggest Venn diagram, I’ll admit, but it looks like it’ll click with a particular audience. It’s a niche within a niche from a legendary game creator, and that’s just cool. I’m glad someone’s out there making neat PSVR experiences that aren’t ports of high-end PC VR titles.

This strikes me as one of those games where I want to know as little as possible going in. Discovering how the creatures, plants, world conditions, and other factors intersect seems like the main hook.

As someone who spent a ton of time with Birthdays the Beginning, I’m feeling this concept.