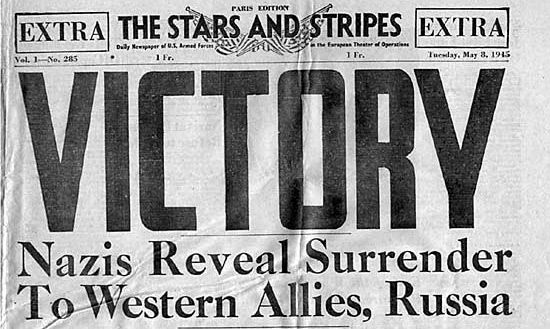 According to a press release sent through the Destructonet moments ago, Team USA — whose alternate name: Team Eagles With Guitars And Bitchin’ Machine Guns seemed too inflammatory — has claimed overall victory at the just-completed World Cyber Games in Seattle, Washington. Competing against our boys were a veritable Axel of Pixels consisting of teams from 74 countries, competing in twelve PC and Xbox 360 games.

While previous champion Korea and noted monkey-sympathizer Brazil both picked up two golds, and Ze Germans earned a gold, a silver and a smattering of bronzes, the Americans (hereafter referred to as God’s Chosen Thumbs) walked away with three golds, two silvers and a bronze.

President Roosevelt should be addressing the nation via radio shortly to congratulate our fighting men, and parades have been scheduled in all major cities for tomorrow afternoon. All stout women are invited to attend and engage in cliché, back-bending kisses with any sailors they might see.

For Only the Second Time in The History of the Tournament, The American Team Claims the Title of Planet‘s Best Gaming Nation

(Seattle, WA October 7, 2007)– Team USA shocked the rest of the world as it won the overall team title at the World Cyber Games Grand Final in Seattle. Competing against more than 700 gamers from a record 74 countries, the United States overcame the stiffest competition in World Cyber Games history to capture the gold. It is the United States second team title and first since the 2005 WCG Grand Final in Singapore. In claiming the title, the Americans won three gold medals, two silver medals and a bronze medal in 12 PC and Xbox 360 titles. Korea and Brazil each earned two gold medals while Germany had one gold, one silver and three bronze. The result was a huge disappointment for the heavily favored and defending world champion Korean team who have dominated professional gaming since its inception.

“Our goal was to capture the overall team title,“ said Michael Arzt, General Manager of International Cyber Marketing USA. “With the Grand Final on our home soil, we wanted to prove that we are as good as the Koreans, Germans and the other dominant Asian and European teams.  I knew that we had put together a very talented team that had the potential to medal in every game in which we had a qualifier and they really stepped up to the plate this weekend. “

Team USA captured gold medals in Tony Hawk Project 8, Gears of War, and Dead Or Alive 4 (DOA 4). In Tony Hawk, Dustin Valcalda (Reno, NV) bowled over the competition as he never lost a game during the entire event. Participating in his first professional tournament, Valcada defeated England in the finals and the Czech Republic in the semis. The Gears of War team — including Keith Haggen (Phoenix), Jesse Cranker (Bowling Green, OH), Michael Cannon (Harrisburg, PA), and Jesse Rodriguez (Chicago) — also experienced little difficulty in rolling to the gold medal. They defeated The Netherlands 2-0 in the gold medal match. In DOA 4, Jeremy Florence (Albuquerque, NM) also never lost during the competition in coasting to the title. Florence overcame American teammate and bronze medalist Carl White (Toledo, OH) in the semifinals as he avenged his loss to White during the National Championships last month in Orlando, FL. In the gold medal match, he dominated Sweden, 2–0.

Wes Cwiklo (Camarillo, CA) and Ragav Phadke (Buffalo, NY) each earned silver medals for the Americans. The defending 2006 WCG Grand Final world champion in Project Gotham Racing 3, Cwiklo dominated in his first eight matches before he was upset in the gold medal match against The Netherlands. Phadke, meanwhile, came out of nowhere to compete at a world–class level in the Age of Empires III tournament, a game typically dominated by the Asian countries.

“With so many quality video game players representing 74 countries this weekend, e–Sports continues to gain popularity and worldwide acceptance,” said Hyoung-Seok Kim, CEO of International Cyber Marketing, global organizer of the World Cyber Games.“This year‘s event in Seattle was our biggest and best yet. I am thrilled by the performance of the United States team, but every team and nation should be proud of how they performed during this Grand Final. “

ABOUT THE WORLD CYBER GAMES

The World Cyber Games (www.worldcybergames.com) is the premiere blue chip global tournament and cultural cyber festival in gaming, with well over 1.5 million players from 74 countries participating in 2007.  Founded in 2000 and credited with launching the professional careers of many of the planet’s top video game players, the World Cyber Games uses a yearlong tournament format, which begins with online, regional and national competitions in each country.  National finalists then compete in the ultimate international tournament in e-Sports, The World Cyber Games Grand Final, where each country’s best players compete for the largest and most prestigious prize in competitive gaming.  The 2007 Grand Final was held at Qwest Field in Seattle, Washington October 4 – 7.