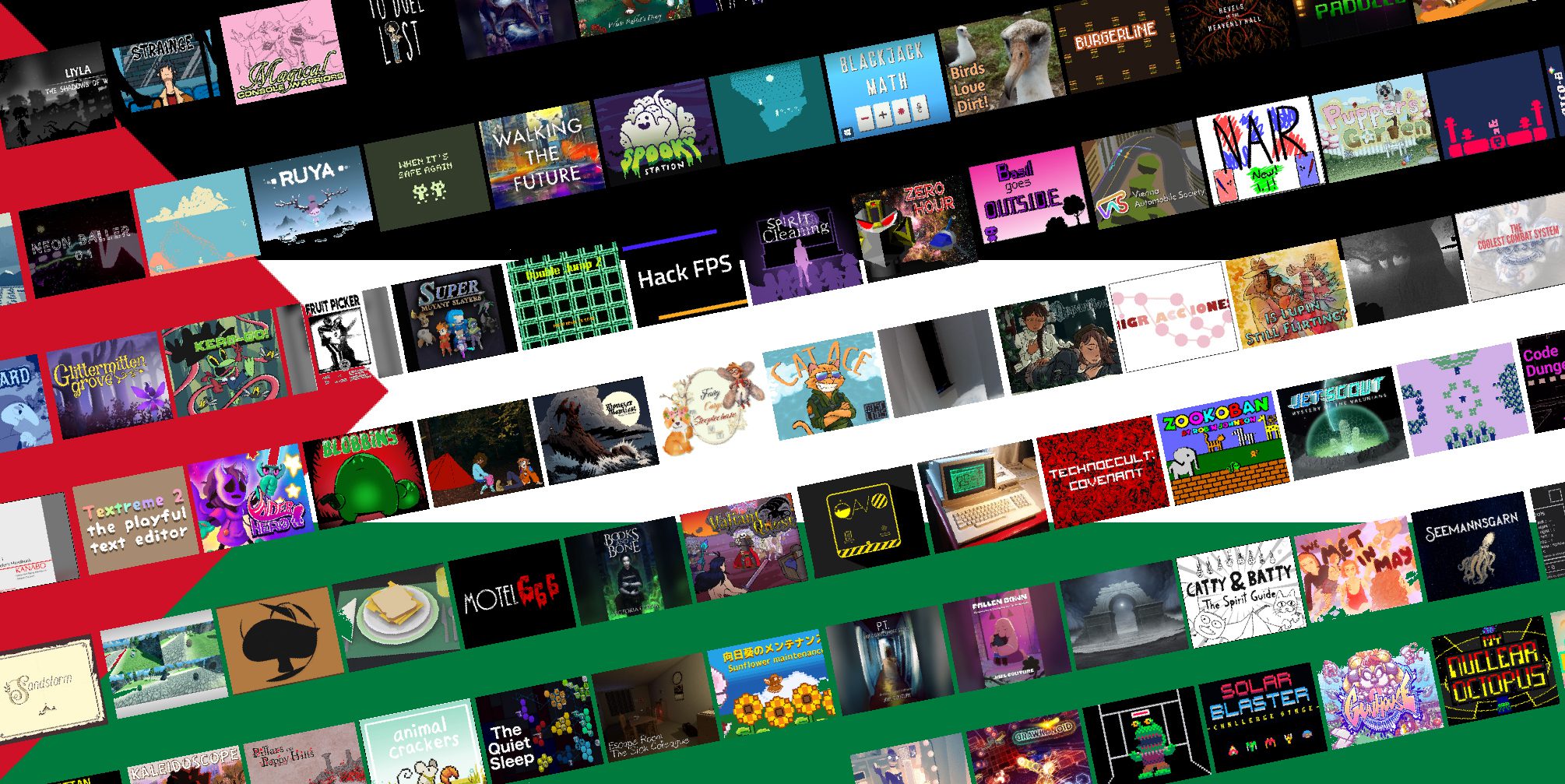 After receiving an absolute outpouring of responses from the internet, Itch.io has finally released its latest indie game bundle, consisting of 1,020 games by 865 creators. What started as a simple call to developers to add games to a Palestinian food/medical relief bundle soon grew into the behemoth we are presented with now.

All of the money is being donated to the United Nations Relief and Works Agency, which provides “food assistance for over one million Palestinians, and continues to do so in the territories with heavy destruction” and “emergency mental and physical health protection for those in the region,” according to the Itch.io forum post.

The headliner title for this bundle encapsulates the horror of the situation in Palestine, titled Liyla and The Shadows Of War. Created by Rasheed Abueideh, a Palestinian, the game is based on true and devastating events that occur in Gaza due to the war with Israel. This is definitely first on my to-play list in the bundle.

As for other games I’m looking forward to playing, I noticed Calico and Cook, Serve, Delicious 2 are on the list and both have been in my sights for a while. There’s also a SUPERHOT and Baba is You crossover game called SUPER IS HOT that absolutely has my attention.

Some recognizably big names are Minit, Nuclear Throne, Signs of the Soujourner, Anodyne, and Orwell. Want some hidden gems? Play Sandstorm, And All Would Cry Beware!, Fit for a King, and ART SQOOL. For more suggestions from someone who isn’t me, check out Colin Spacetwinks or Dominic Tarason‘s suggestions on Twitter.

Considering the bundle is only a five-dollar minimum, there is no good reason to pass this up! The bundle will run until June 11, so get buying!