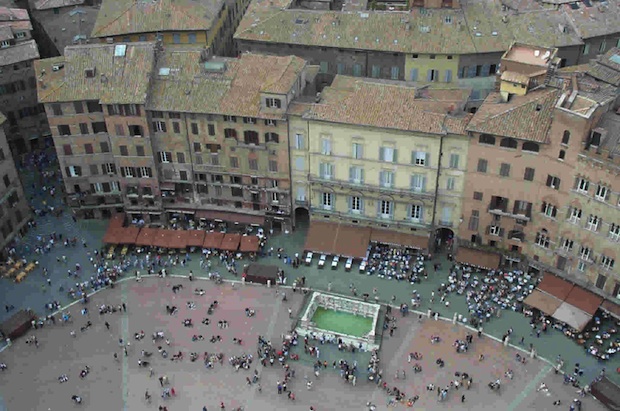 The walled Italian city of Siena wants their city track removed from Gran Turismo 5. They don’t like that their Piazza del Campo is a kart mode track in the game. What’s the deal? It’s quite stupid and nitpicky, as you’ll see here:

“You can not use images of Contrade, in this case the flags without authorization,” Anna Carli, CEO of the Consortium for the Protection of Palio di Siena, told Corriere Fiorentino. “Given the relevance of the game with no history and references to our party, in particular with the use of images of flags of the contrade, we would not otherwise authorize the use.”

From what I understand, Siena is made up of several districts, all of which are represented by the flags in question here. All the flags for all the districts are shown waving over the course in GT5. No permission was granted.

The Consortium for the Protection of the Palio wants the offending bits removed. According to Kotaku, if they don’t take care of it, the city may ask lawyers to seize Gran Turismo 5 at release.

Hey, Polyphony Digital: Screw those guys. You have my permission to fly Destructoid flags on the track instead.