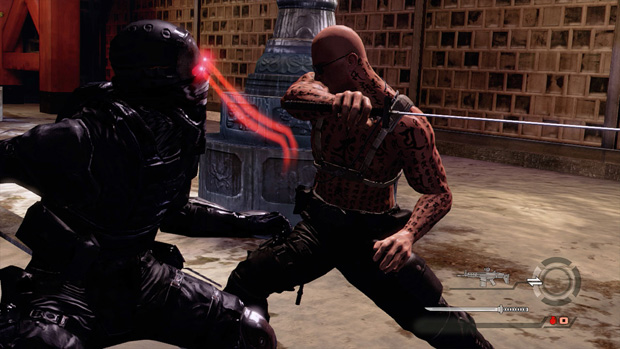 He has a vision for a trilogy and beyond

First Bayonetta 2, and now Devil’s Third. Two unexpected but welcome games arriving exclusively on Wii U, thanks to Nintendo. The latter title, long in development at Valhalla Game Studios and led by Ninja Gaiden‘s Tomonobu Itagaki, resurfaced at E3 2014. A blend of shooting action and swordplay, it’s hoping to be a breakthrough in multiplayer.

“I think a lot of people might have been surprised that such a violent game was going to be released on a Nintendo platform,” Itagaki told Polygon. “But I think that you can say, from a certain perspective, things are getting interesting for Nintendo as well, making these kinds of choices.”

Speaking about the collaboration, he explained that 90 percent of Devil’s Third as a concept has gone unchanged. “That other 10 percent I think really has been flavored by this cooperation with Nintendo,” he explained — specifically Hitoshi Yamagami and Yusuke Nakano.

“There are also cultural differences between the way that I’ve worked and the way Nintendo works, which is when it comes down to the basic grammar of games, the method of game creation,” said Itagaki. “And so we certainly fought some, but I think that I saw the value in a lot of the ways that they do things and learned a great amount.”

Back when Devil’s Third was under THQ, I didn’t care for it. Actually, I didn’t really pay it much attention. But its E3 showing was surprising. I doubt it’ll end up being a “highly polished game,” but its ideas look different enough, weird enough, that it likely won’t matter.