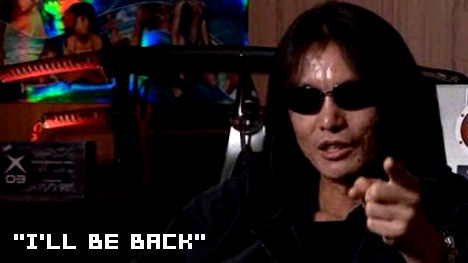 Koei president Kenji Matsubara has made it quite clear that, despite his own company having no history of issues with ex-Tecmo designer Tomonobu Itagaki, there will be no place for him after Tecmo and Koei merge.

Considering Itagaki left Tecmo under a cloud of bitterness and lawsuits, I doubt the controversial Ninja Gaiden creator will care much, but there were rumors that he might return to the fold. Matsubara has put paid to such gossip by definitively stating that there would be “no possibility” of the shades-adorned loudmouth being employed by Koei Tecmo Holdings.

Cue Itagaki attempting his own indie company in 3 … 2 …