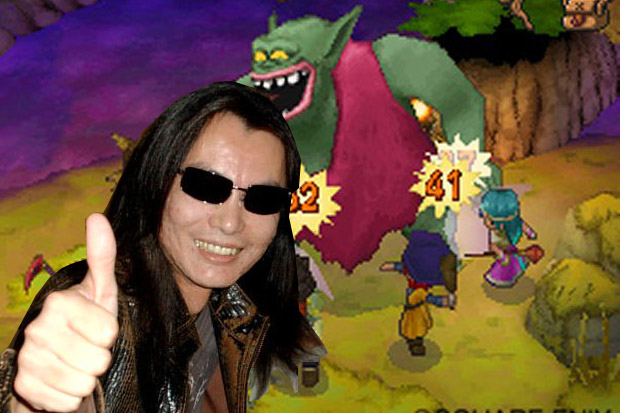 Sorry, but I never pictured former Tecmo big man Tomonobu Itagaki as a Dragon Quest guy. The guy who practically made the in-game breast bounce cool isn’t the guy I’d picture with his face in a DS, playing an adorable and colorful RPG.

In the time between when he left Tecmo and when he started at Valhalla Game Studios, Itagaki had a couple of years off. Here’s what he told Famitsu that he did during that time:

“I spent the days doing anything I felt like, researching whatever kind of technology struck me, playing whatever games piqued my interest … for example, I wound up playing Dragon Quest IX for about 400 hours.”

Oh, and he’s been playing with model trains with his friends. What a pimp!

He also pimped his next project for Valhalla, which he says will sell at least four million copies and “will earn Valhalla Game Studios its place in history.”

What Itagaki’s been playing: 400 hours of Dragon Quest IX [Joystiq]