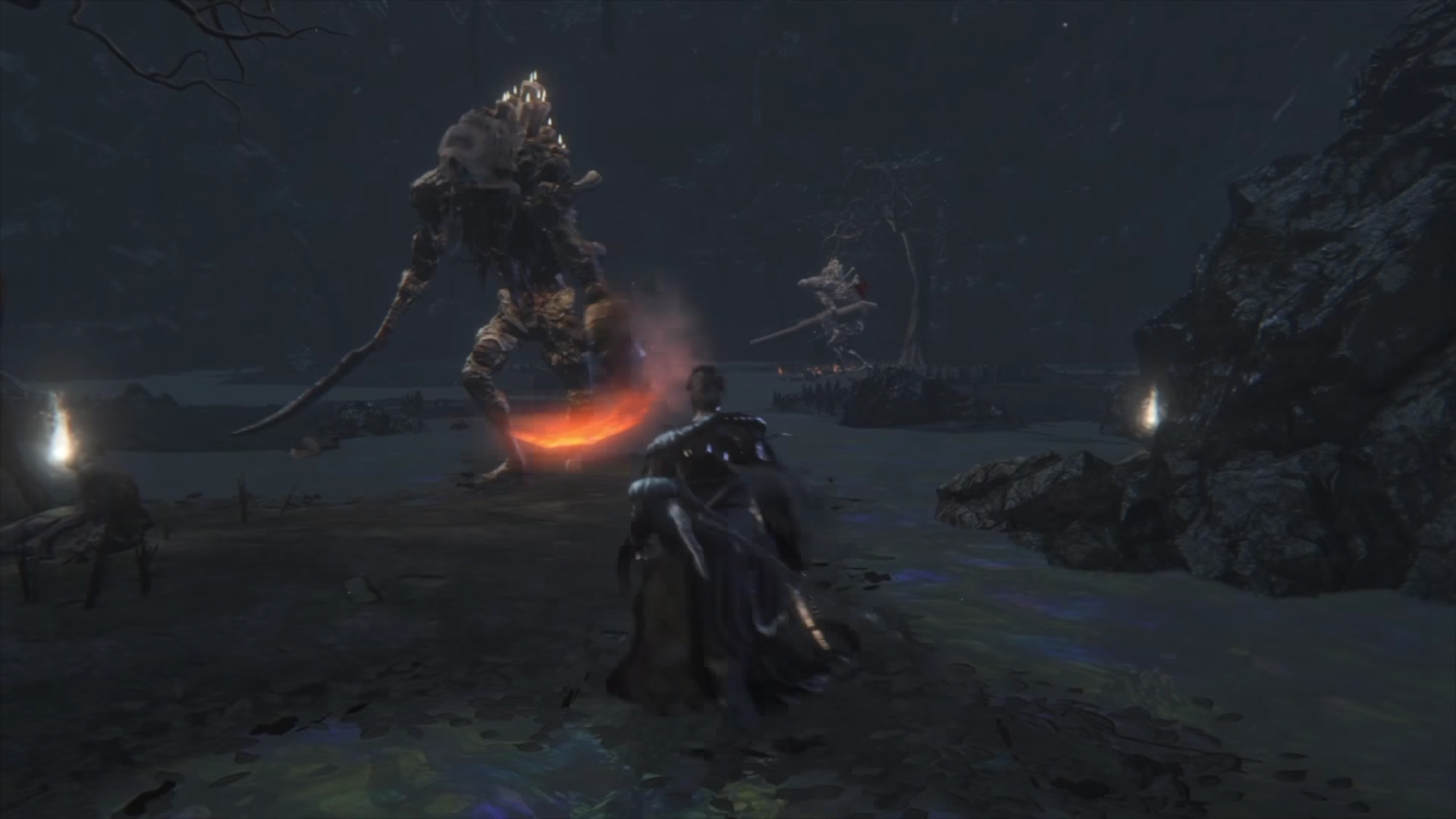 It shouldn’t come as a surprise that folks are still putting in work to suss out secrets and rare occurrences in Bloodborne. From Software’s action-RPGs are shrouded in an air of mystery that keeps dedicated fans searching, sharing, and theorizing. That’s true of the Dark Souls games and it’s certainly true of Bloodborne thanks in no small part to its procedurally-generated Chalice Dungeons.

I had my fill of the dreaded tunnels while earning the game’s platinum trophy. I never want to explore those tombs again. But if someone finds something cool — say, a certain enemy shown in a pre-release demo that seemingly didn’t make it into the final game — then sure, I definitely want to see it.

That’s what we have here, essentially. A group of so-called Tomb Prospectors happened upon an undead giant with a flaming blade, which is a rare, sought-after Chalice Dungeon find. For the vast majority of Bloodborne fans, the only other time we’ve seen this variant (if at all) was during a 2014 PlayStation Experience showcase led by From Software’s Hidetaka Miyazaki. Both the pre-release and retail-version footage of this “Flaming Undead Giant” are shown here in a video from Moros Nyx:

It’s maybe not the craziest discovery in and of itself, but it is a sign that there’s more to find. To that end, Moros Nyx posted a recap of other potential discoveries lurking out there and made a call to action.

“I never claimed I was the first to find the flaming blade giant. In fact, much stranger things have probably been found, but never reported because of the great amount of know-how of the dungeons required to understand what is and what isn’t rare! Many hunters may see something odd and then just dismissed it because they though it is normal.

So this post is a call for everyone who has seen or in the future sees something strange to report it in /r/tombprospectors, or in the /r/bloodborne Discord’s “tomb prospectors” channel! Don’t keep quiet about it! Worst case scenario it’s nothing special, but the Tomb Prospector community will be thankful for you sharing it regardless!”

If you’d like to see this undead giant for yourself, use the glyph “pa6ssc6u” to generate a dungeon.