The definitive version is a trip worth taking

This package assembles a bunch of bonus content and modes, from the Croft Manor-set “Blood Ties” and “Lara’s Nightmare” scenarios, to the Baba Yaga and Cold Darkness Awakened DLC, to new co-op support for Endurance mode and several mildly off-putting “low-poly” Lara skins. It’s a lot to take in, but at the center of it all lies the most important part: a memorable adventure. 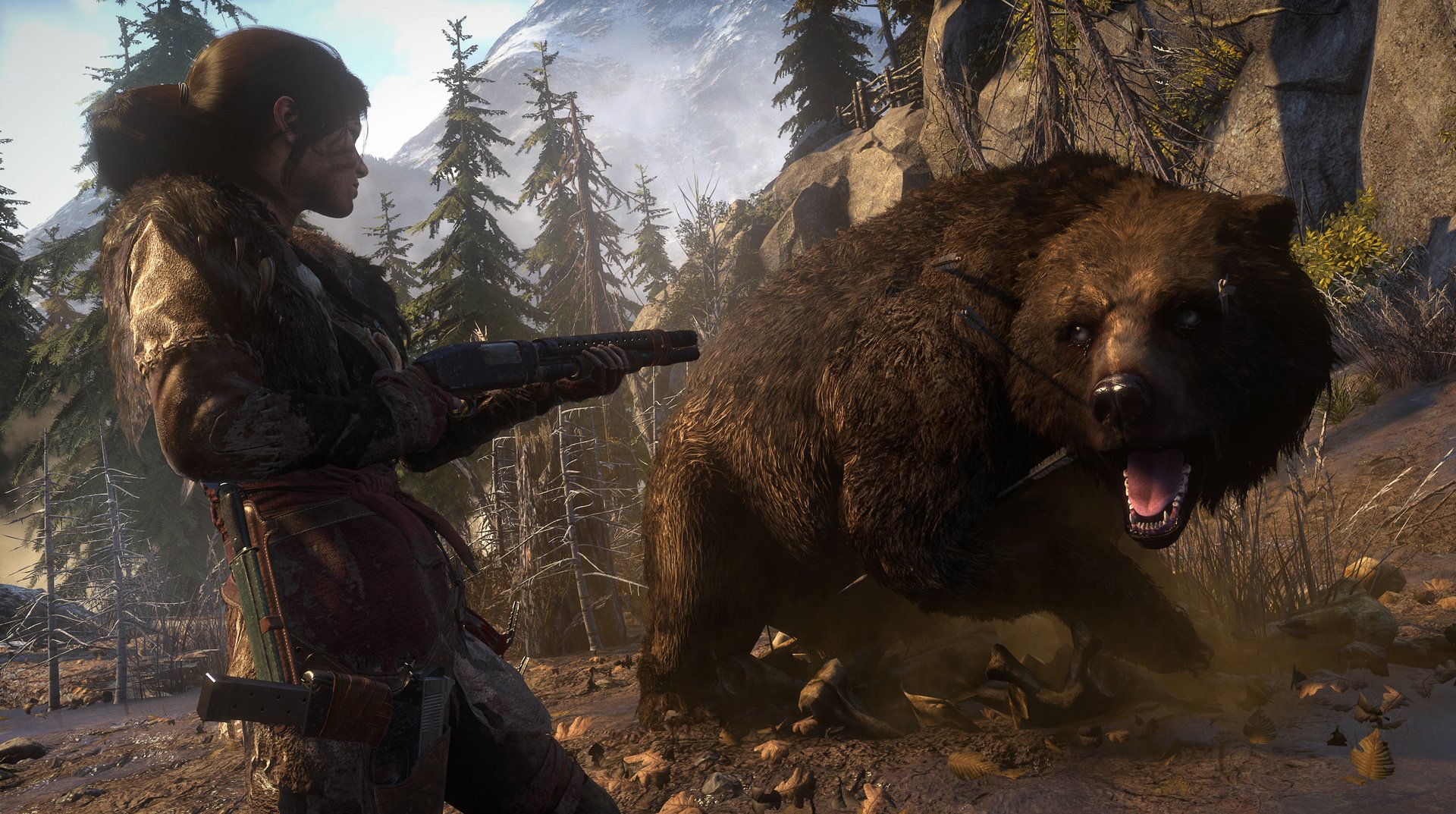 We’ve discussed Rise of the Tomb Raider extensively with our original review of the Xbox One version and our second-look report of the PC release. As such, I won’t be covering the full scope of Lara’s race across Siberia to secure the Divine Source, an artifact believed by her departed, disgraced father to grant immortality. But after a solid week with this game, I do have some thoughts to share.

Surprisingly, I found the plot high-stakes enough that I was eager to resolve it, but not so pressing that I felt uneasy about spending extra time chasing down optional collectibles and side missions. That’s a great place to be, mentally. Rise of the Tomb Raider worked well for me as a sort of “evening game,” one I could slip into for an hour or so to cap off my day. Whether I was working out solutions to one of the wonderful self-contained puzzle tombs, retreading familiar ground with a newfound traversal ability, or just getting on to the next story beat, I always felt like I was achieving worthwhile progress. While this is a huge game even without dipping into its many, many diversions, it still feels manageable.

Speaking of, my goodness this game — and especially this PS4 version — is overflowing with stuff. Chris has separately covered the most outwardly intriguing addition, “Blood Ties,” which is this low-key home exploration mode that supports PlayStation VR. If you needed more backstory or context for Lara’s family, you’ll find it here. I started out going “This is it?” Yeah, it is. But by the end of it, I didn’t feel like I had wasted my time — and that was without the immersion of virtual reality to fall back on.

I can’t say the same for “Lara’s Nightmare,” which takes the same setting (a run-down Croft Manor) and cheaply adds zombies and a few weapons with which to kill them. Unless you are somehow way into the gunplay (to each their own!), you can safely skip this mode. It’s not even dumb fun. Similarly, I also wasn’t thrilled with the game’s survival-centric Endurance mode and its collectible-card hooks, so the online co-op support doesn’t do much for me. At least there’s substance there, though. It has merit.

To be clear, the main campaign should be your motivation for playing Rise of the Tomb Raider, not any of this side stuff. So if you aren’t new to the game, or you aren’t actively looking for a reason to go through it again with the “complete” experience, don’t feel like you’re missing out here. You really aren’t. But if you are looking to get in for the first time, let’s dig deeper.

Taking a step back to Tomb Raider (2013), I can recount its helpless beginning, its supernatural ending, and its stranded-island setting — but that’s about it. I didn’t brush up on the particulars before playing Rise of the Tomb Raider, and I don’t think you should feel obligated to either. In fact, if this is to be your first experience with Crystal Dynamics’ take on the classic series, it’s an advisable starting point (and I say that despite liking Tomb Raider at the time). The two games have a lot of mechanical commonalities, as you’d expect from a triple-A sequel. But Rise stands above by building on its predecessor with gorgeous, layered, and compelling locales. 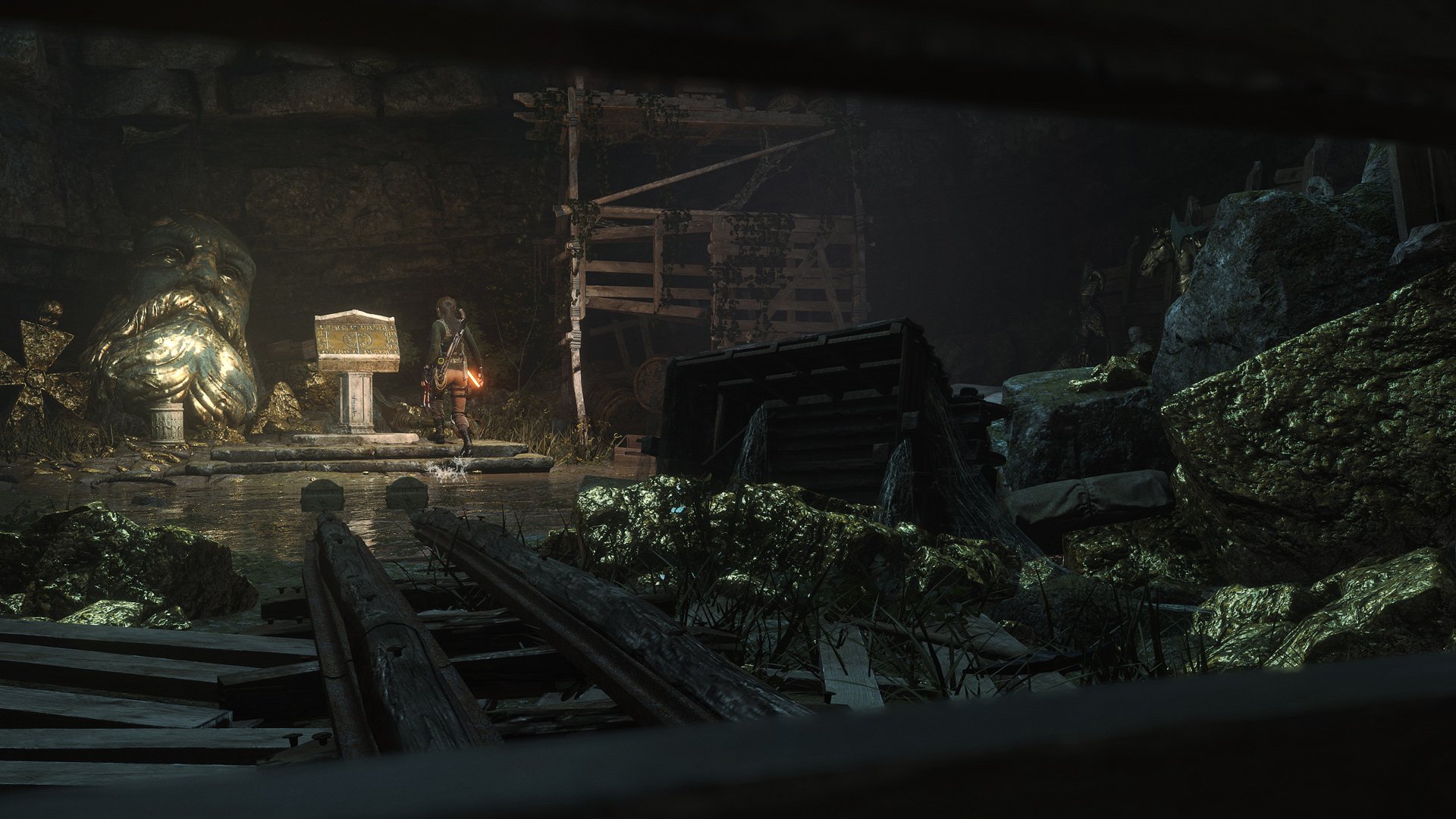 We’ve seen action-adventure titles tell better stories, or pit us against fiercer foes in more engaging combat. Rise of the Tomb Raider is just adequate in those respects. Where it excels is the way in which it prioritizes and encourages exploration. There’s little resistance keeping you from rushing through one semi-open area to the next explosive set piece to the next cutscene, again and again, until the credits roll. You can take the critical path.

But because poking around the harsh Siberian landscape for hidden treasures and scraps of world-building text and audio is such an inherent joy, you’ll want to keep doing it. And because you aren’t forced into this curiosity-driven play-style — because it is your choice — it feels all the more rewarding.

Rise of the Tomb Raider is a confident step forward and what I hope is a sign of things to come for Crystal Dynamics. The studio has mostly figured out a winning formula for modern-day Lara Croft, but there’s room to further embrace what makes this series and this character special. Lean harder into the actual tomb raiding and adventuring, trim the me-too, back-of-the-AAA-game-box bloat, and I am so down for the next trek.