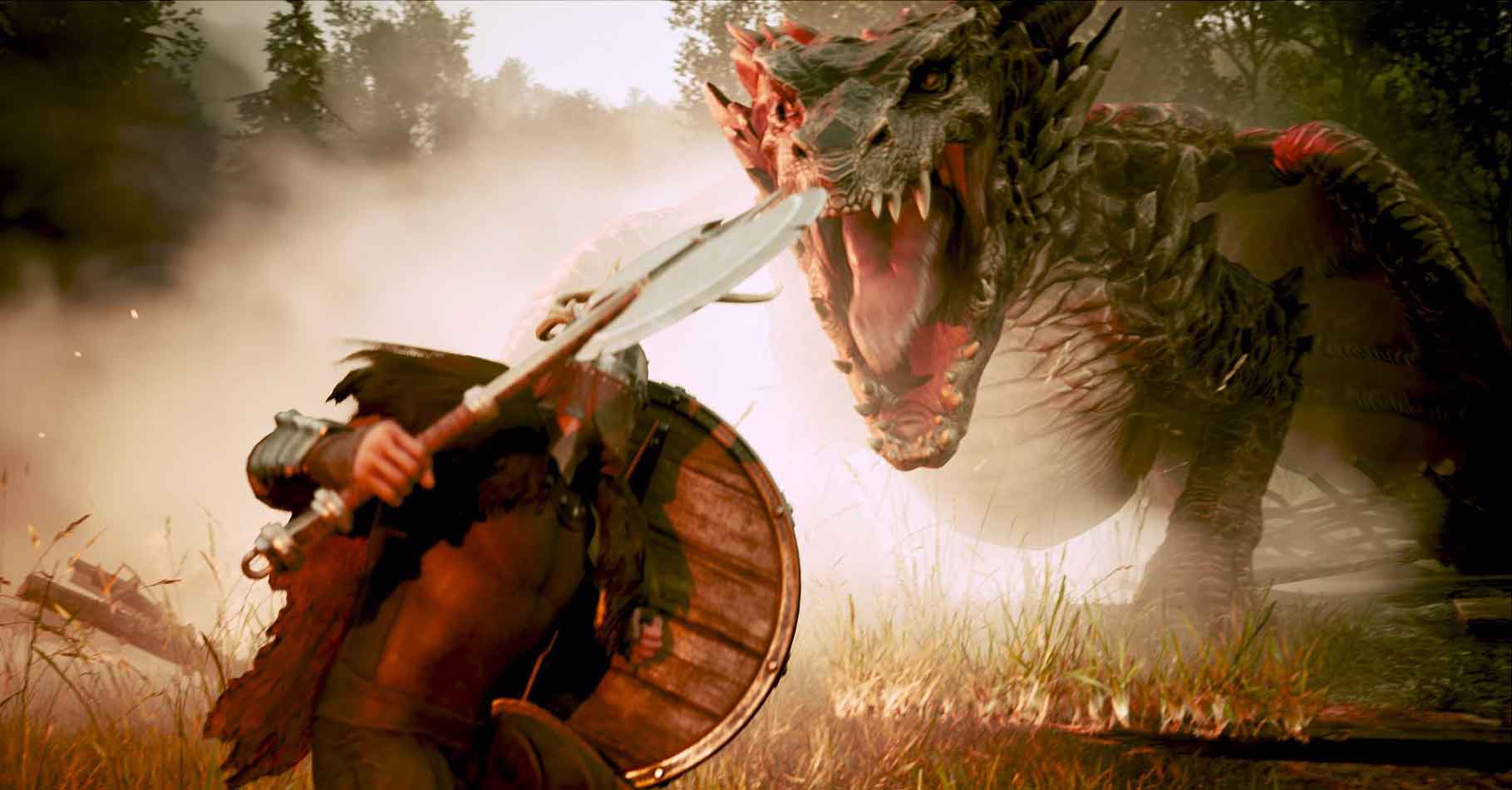 Human Head Studios, a company that has been around for 20 years, is known by most people for two very specific things: It released Prey which is remembered fondly, and it started making Prey 2 until Bethesda put the kibosh on that. Kind of lost in the studio’s history is Rune, the Norse mythology game that first proved Human Head was more than capable of serving as a lead developer on projects.

In a GDC meeting with Human Head co-founder Chris Rhinehart, it’s made clear why the studio’s going back to its roots. “It was our first game and we always wanted to bring it back,” Rhinehart tells us. The slightly-longer version is “After Prey, we started talking about how it’d be cool to come back to Rune. We hatched different ideas and kind of explored small prototypes and talked to different publishers. A year ago, we connected with ESDF and they were looking to do a viking-based game and we were looking to bring back Rune, and we thought it would be a great fit. So we decided to resurrect it.”

It’s easy enough to see how Human Head ended up on a Rune reunion tour, but actually creating the game is very different 18 years later. There are modern conveniences and expectations that have to be accounted for. There needs to be a certain degree of variety to keep players invested.

One of the first things Rhinehart told us was “There are a lot more RPG elements.” The beginning of Rune: Ragnarok asks you to align with one of five gods — Thor, Odin, Freya, Hel, or Loki. Ragnarok‘s objective is to stop the eponymous and apocalyptic Ragnarok, and whichever god you sidle up to will help inform exactly how that’s done. Rhinehart says he hopes this will be adequate reason to play through more than once.

Our demo had many of those RPG sensibilities that you kind of find yourself trusting will translate to the full game. We heard about (and briefly saw) a character creation menu, quests that are sometimes based on how much favor you have with a particular god, crafting systems for weapons (which now include bows and spears), and the runes that grant temporary buffs and abilities. How that’s all eventually realized in the final product can never be properly conveyed in a short demo.

But it’s Human Head’s emphasis on player experience that’s most encouraging. Rhinehart says a core design philosophy behind Rune: Ragnarok is that “you don’t have to travel a long distance to come to something cool.” Sometimes that will be as a large group. The numbers aren’t finalized yet, but Human Head hopes to let players tackle raids in crowds of 50 or 60 people. However, it will be balanced so that solo players can go at it alone. Also, while there will be a competitive multiplayer aspect, PvP and PvE servers will be separate from one another.

That’s what has Rune: Ragnarok feeling like it’ll slide into this weird MMO-lite space — there’s the option to play as a very large group, but Human Head also has a definitive story it wants to tell. It doesn’t seem like there’s this never-ending sprawl of content planned to keep players coming back. (For what it’s worth, Human Head has the same semi-commitment to survival elements; there won’t be hunger or thirst, but hypothermia, poison, and bleeding are all persistent status threats.)

Where Human Head probably won’t create near-endless content for Rune: Ragnarok, the community might. Rhinehart tells us the developer plans to put a lot of power in the players’ hands in terms of server setup. The studio also intends to take a hands-off approach to however the players want to mod the game. It’s being built in Unreal 4 and Rhinehart notes that he’s not sure which of Human Head’s tools they plan to release.

In some ways, Rune: Ragnarok has been in the works all along; Rhinehart makes it seem like Rune has always been rattling around on Human Head’s proverbial back-burner. In a more realistic way, the actual development of Rune: Ragnarok started just one year ago. Rhinehart says the studio’s exploring the idea of an Early Access release to help shape production, but nothing is set in stone. Whatever ends up happening, it seems Human Head is putting its heart and soul into this game. Rune is kind of its baby.