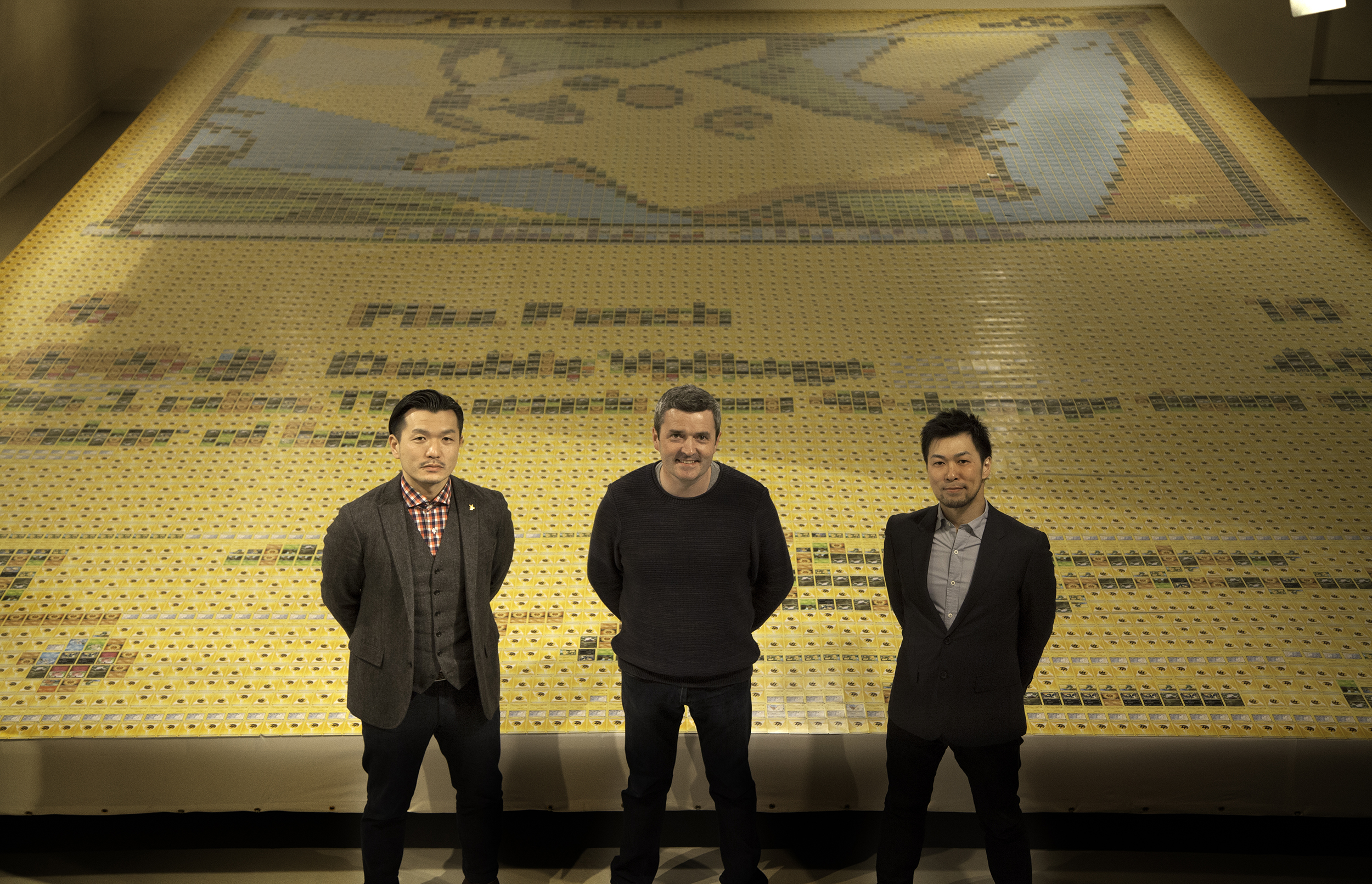 He’s created a few mosaics in the past, but this one involves Pikachu and a partnership with The Pokemon Company. he used 12,987 Pokemon Cards, in fact, to create the “largest trading card mosaic ever.” It clocks in at 71.54 square meters, and is currently available to peruse in Paris.

Art! A lot of you will probably think it’s lame, but I can respect a promotion that takes effort, even if it’s a promotion all the same.