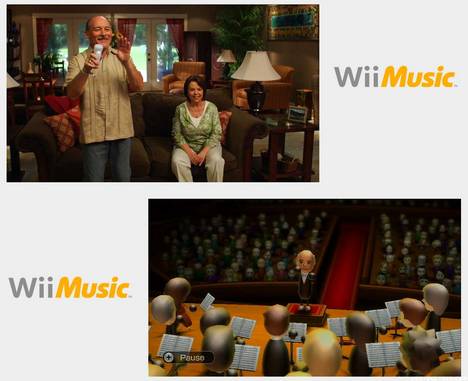 I’m sure I’m not the only one who just didn’t get it when Nintendo announced Wii Music at E3 earlier this year. I mean, they were pretty excited about it — as Nintendo tend to be about all things Nintendo — but it just seemed so … simple. The gist, based on the live E3 demonstration and subsequent demos: you wave your arms around, it makes music.

But after seeing Nintendo’s presentation at Nintendo’s Media Summit last week, and once again getting my hands on the game, I think I’m starting to get it. It’s certainly not Rock Band or Guitar Hero, but it’s also not necessarily a “game,” per se. Nintendo are positioning it as a fun way to express your creativity, an easy entry to understanding the fundamentals of music, and to have fun while doing so.

Three months after the game’s introduction at E3, I’m finally starting to get it, and maybe I was wrong: perhaps Wii Music isn’t as “simple” as I thought it was. 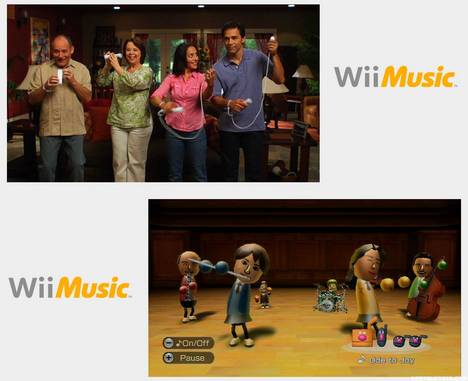 Now I don’t expect that Wii Music is going to replace Rock Band or Guitar Hero in my (or anyone’s) household. With that said, it’s not really the same kind of experience. While those titles are games — there’s a score, there’s a goal — Wii Music doesn’t quite follow the same path.

What Nintendo was showing off at their media summit was the game’s freestyle mode, where up to four players can choose from one of 60 instruments to “play along” with 50 songs. The instruments range from the traditional (a violin, a guitar, drums) to the more bizarre (a cat suit that makes cat noises, a beat boxer), each with their own control styles.

As expected, you can play along with a song’s melody or bassline (which you choose before you start your song) by simply strumming and moving along with the notes. You can’t really hit a wrong note; working within the framework of the song, you’ll always be playing along with sounds that work with the music. In that way, it’s a lot like the feature that comes standard on many commercial Casio keyboards, where pressing any key along with the rhythm or melody will hit the correct note. 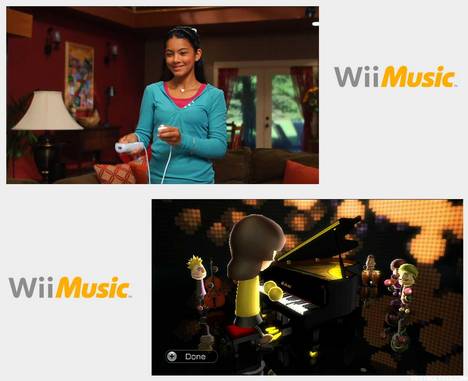 But Wii Music does offer quite a bit of room for improvisation and creativity, as well. The game ships with 50 some songs, ranging in style and genre (everything from the music in F-Zero to “La Bamba” or classical tracks like Beethoven’s “Symphony No. 9”). Any song can be played in any style. Want to hear “La Bamba” as a reggae song? Go for it; the game will help you work within that framework, allowing you enough room to make the song your own.

While playing in this freeform mode, creativity actually does come in to play. Nintendo demonstrated a few ways in which this was possible, including holding different buttons to alter sounds of notes, or by strumming or pressing buttons “in between” traditional notes to improvise. The result is a lot more depth than you’d first expect from Wii Music, and subsequently, a lot more fun.

During my play session with the game, we rocked a reggae version of Wham!’s “Wake Me Up Before You Go-Go.” The first run-through was a completely mess; our sounds were all over the place, despite following the option “shadow note” chart that guided us through what the song should sound like. The second play-through went a bit smoother, with all of the players not only knowing their parts, but being able to riff of one another and go outside of the boundaries of the song and improvising. 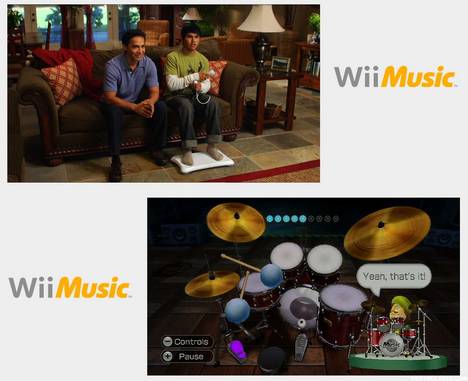 Despite my early reservations, Wii Music does come across as a surprisingly fun experience with more depth than I had first expected. The game will feature a number of modes in addition to the freestyle play, including a full drum kit that can be played using the Wii Balance Board, and a mode that will help you test and refine your musical ear for pitch.

It’s difficult to say whether or not Wii Music will hold the attention of hardcore gamers, but I’m pretty confident they’ll be surprised at how much more there is to the game than meets the eye. But regardless of what anyone thinks, it’s more than likely that Wii Music is going to fly off the shelves when it’s released on October 20. I mean, it has “Wii” in the name of the game … how could it not?