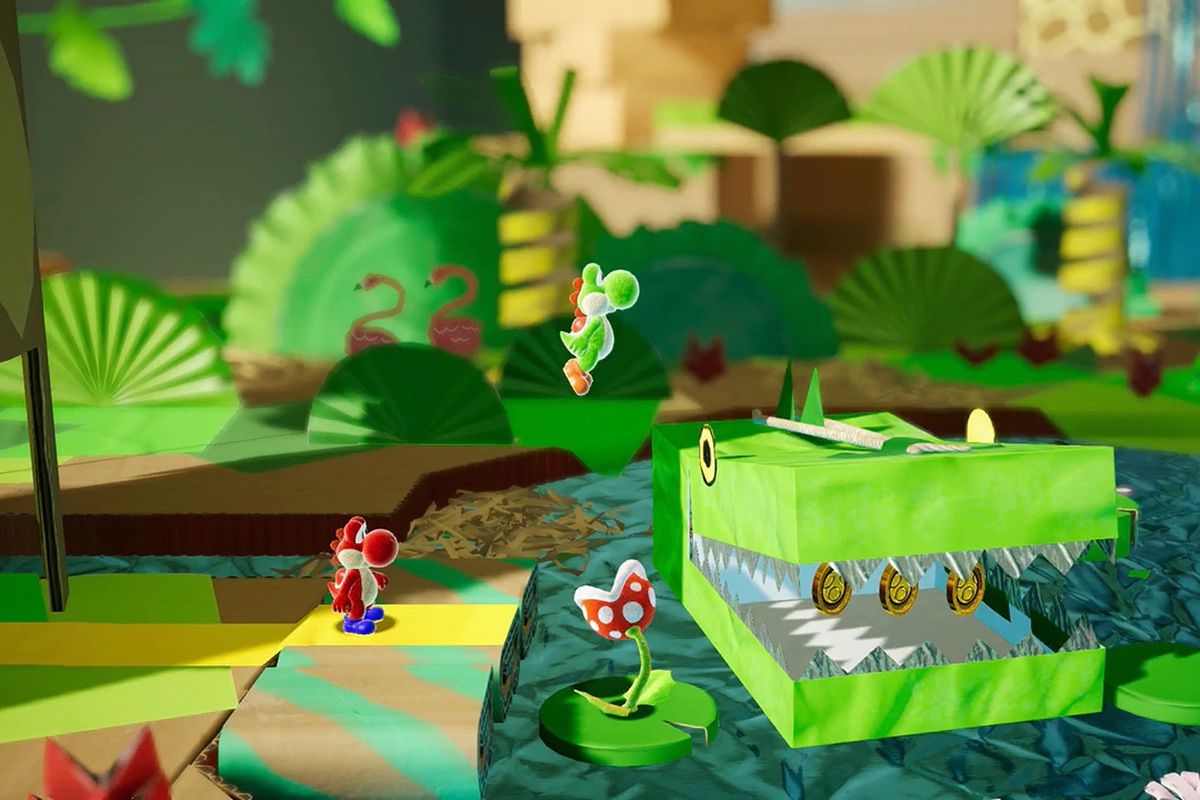 There was supposed to be a Nintendo Direct yesterday, but an earthquake and general dangerous state of affairs in Japan delayed it. Several publishers had to sort of make due with the situation, as seen with the surprise Mega Man 11 Switch demo drop and an immediate Broforce Switch release. It looks like there was going to be at least one other Nintendo Direct related announcement: the title of the new Yoshi game.

Someone over at the Big N possibly flipped a toggle too early: as several sources are reporting, the official website briefly showed a listing for “Yoshi’s Crafted World” before disappearing into the ether. It might be gone but it’s been screencapped, and whenever that new rescheduled Direct happens, it’ll probably be revealed then.

I don’t expect a whole lot out of this one: just a fun, cute time with a co-op partner.