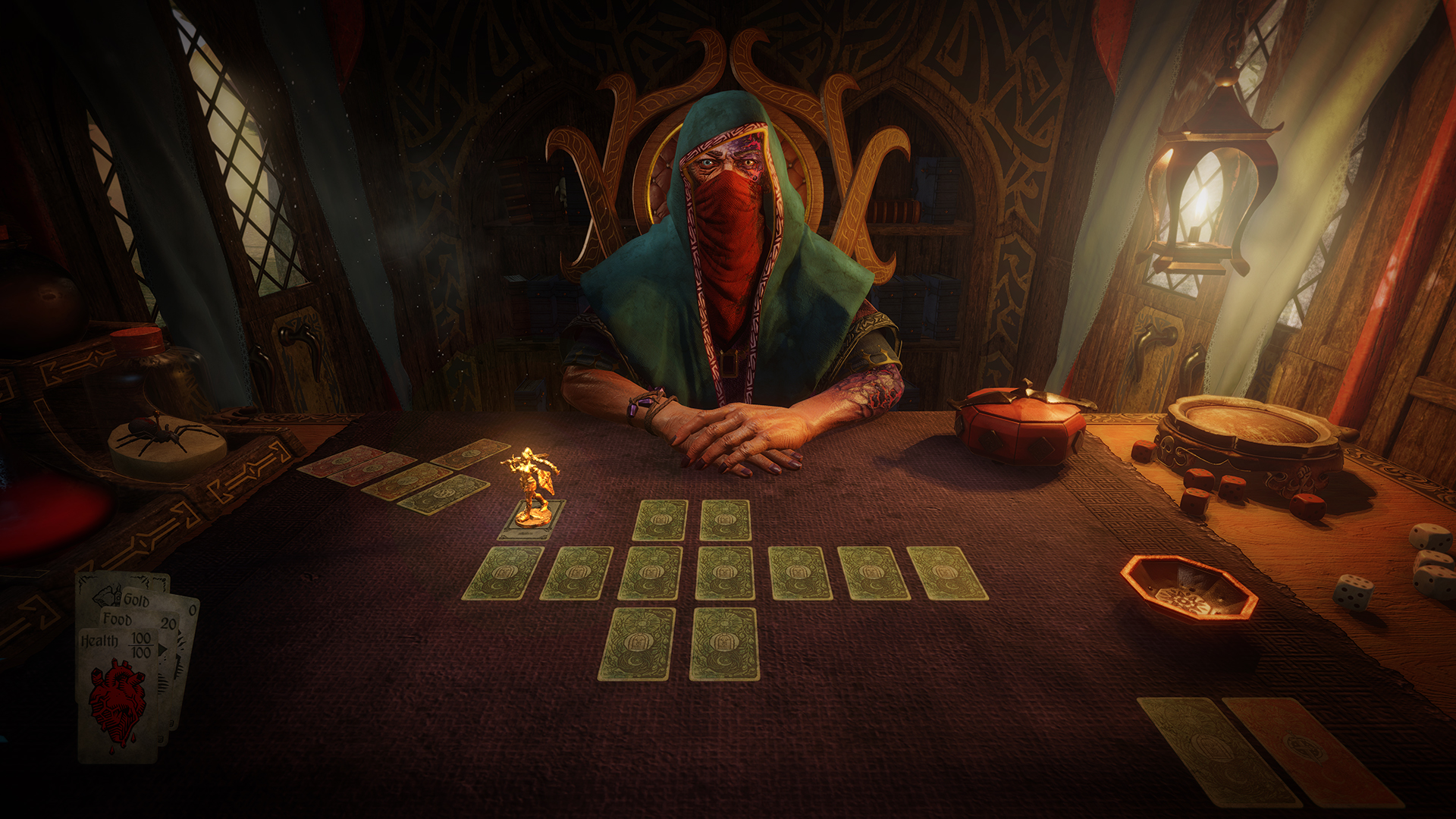 It was previously only announced for Xbox One and PC

Earlier this month, I got a chance to play Hand of Fate 2 at PAX Australia. Both Zack Furniss and Mike Cosimano have written up some more detailed impressions of it, so I won’t go into specifics here, but I found myself utterly enamoured with its strange and unique mix of deck-building card game mechanics, tabletop RPG elements and its combat system that feels like it was ripped directly from the Batman: Arkham series of games.

Even if I further perpetuated the negative stereotype about games journalists not being very good at video games — as I often resorted to just spamming the dodge button instead of trying (and failing miserably) to parry enemy attacks — I really enjoyed my time with it. So much so that I’m genuinely looking forward to this one, and I hope that the final product remains just as entertaining to play throughout.

At the time, I was told by a representative for Hand of Fate 2’s development studio — the Brisbane-based Defiant Development — that it had only officially been announced for release on both PC and Xbox One, although a PlayStation 4 port was under heavy consideration.

It looks like this PS4 port will be ready much earlier than I’d expected, as Defiant Development has recently announced that it will be released alongside the aforementioned Xbox One and PC versions of the game when it launches in early 2017.

Of course, I’d have been more surprised if Hand of Fate 2 was to forgo the PS4 entirely. After all, owners of Sony’s current-generation console are able to purchase and play the first game on their devices. It would make sense for the sequel to also be available on that platform. Then again, it’s not as if such a situation hasn’t happened before.