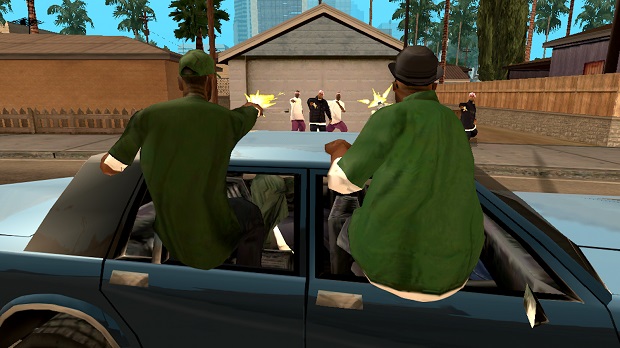 Why not? It’s already everywhere else

Pump up your tires and make sure you’re wearing reflective clothing. You’ll need to for all the bike riding that the future may have in store for you. According to a listing on Xbox Achievements, Grand Theft Auto: San Andreas will be ported to Xbox 360 very soon.

The renowned 2004 Rockstar title is gearing up for its tenth anniversary on October 26, and hitting one final platform may be the way it celebrates. It’s already been ported to PC, PS3, and mobile devices such as tablets and phones.

Rockstar hasn’t confirmed the 360 release, but official announcement should happen rather quickly if it intends to launch during the anniversary window. Likewise, there’s no known price yet, but for comparison’s sake, San Andreas released on PS3 in December 2012 and currently costs $3.99.