The ad suggests a November release

Both Bayonetta and Vanquish received pretty solid PC ports in 2017. It was nice to see some of Platinum’s best games back in the spotlight again.

Console players rejoice because a Bayonetta & Vanquish two pack has been spotted online for both PlayStation 4 and Xbox One. 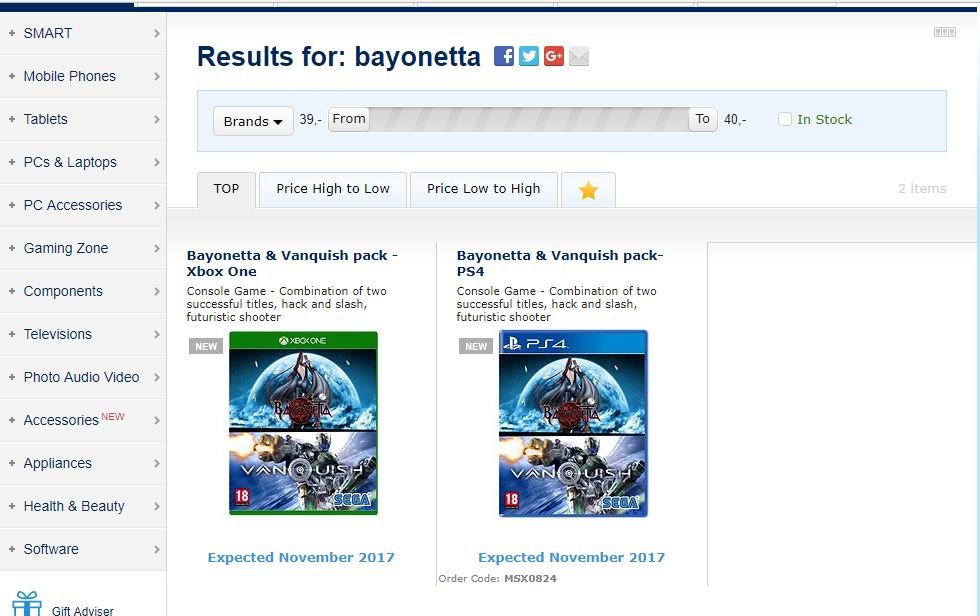 The ad popped up on UK site Alza and if it’s and seems to suggest that the ports will be available in November. I still haven’t gotten around to Vanquish‘s PC port so maybe I’ll just grab it to throw on my growing PlayStation backlog.