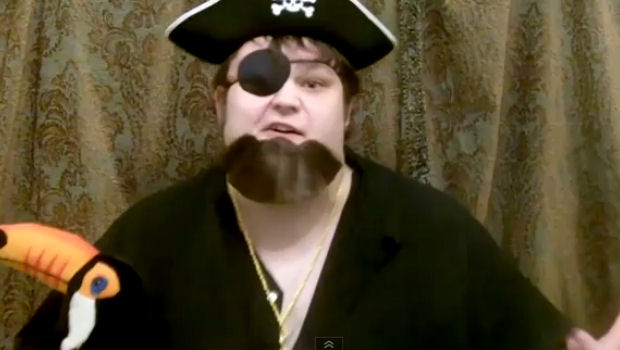 Oh, har de har, it’s Talk Like A Pirate Day, the most hilarious day of the year. If you’ve never heard of it, it’s a day where we all get to be frightfully amusing by saying the things a pirate would say! In honor of this national holiday, I have decided to get into the spirit of things by talking … like a pirate!

“It’s not theft because the game is still there when you download it! Using that twist of logic, it’s now morally acceptable for me to download the Humble Indie Bundle without paying for it! No, stop being ignorant, I wouldn’t pirate games if it didn’t have all that oppressive DRM in it! That’s obviously why I download things like World of Goo and Serious Sam: Double D … they’ve all got SecuROM!

“Hey, what’s that? A developer’s made a game that doesn’t look exactly the way I want it to? Time to boycott it, and by ‘boycott’ I mean I’m going to download it illegally because I’m angry enough to take a stand, but too spineless to deprive myself of the experience. Not that it matters, I’m just looking for an excuse to justify my shitty behavior rather than just admit I want to play games without paying for them like a responsible adult person! Wheeeeeeee!”

What are your best pirate impersonations?