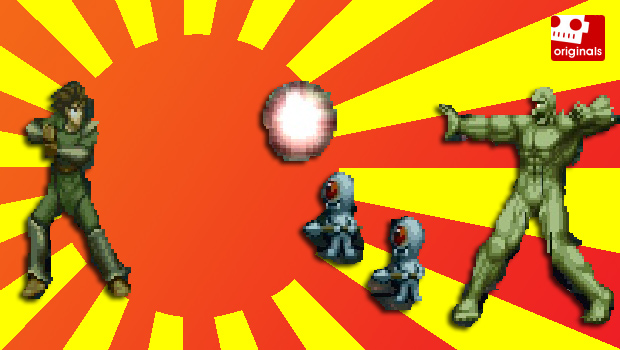 As you may have gathered from past entries in this series, there are a lot of great platformers that never made it out of Japan. Most of them come from the 8- and 16-bit era. The Adventures of Little Ralph is one of the few Japan-only PlayStation platformers worth seeking out. Due to its lame name and horribly generic sounding developer (New), it’s hard to dig up much information on it. Even worse, the game has become so sought after that it goes for $200+ on eBay.

After playing this arcade style action-platformer, I have to say, it lives up to the hype and is among the best of its era. Just get ready to bite on a Popsicle stick because this game gets real difficult, real fast. 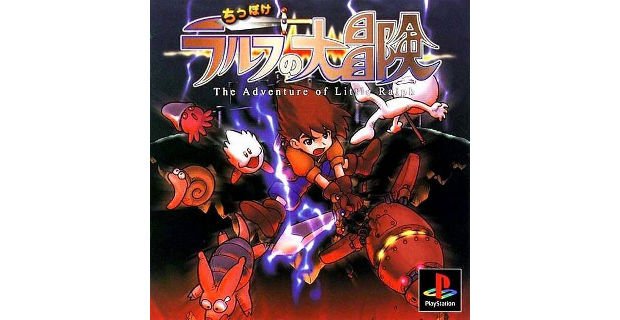 Fan translation: None, but no Japanese necessary.
For fans of: Castlevania, Wonder Boy, Ghost ‘n Goblins

If I didn’t know any better, I’d think The Adventure of Little Ralph is an arcade port. OK, so I did think that for a short while. There is a simplicity to AoLR’s visuals and design that recalls the heyday of arcades, which were on the decline by the game’s release year of 1999.

This debut — at least I believe it’s a debut since I can’t find any information on the developer — recalls arcade classics like Strider, Ghosts ‘n Goblins, and Capcom’s ambitious licensed platformers like Willow and Little Nemo. For those who like a traditional platformer that doesn’t show mercy on players, this late PlayStation game is worth seeking out.

Once developers got their hands on the Super Nintendo and PlayStation, it became hard to resist using all those buttons. When buttons didn’t mirror each other, they were often attached to useless abilities or attacks that could have been better implemented or not implemented at all.

AoLR keeps its controls simple enough to not feel out of place in an mid-’80s arcade but still offers a lot of nuance. You control Ralph with two buttons: attack and jump. However, you can a number of things through timing and combining the two. For example, you can do a Zelda-esque downward strike by jumping and attacking downward. The ability you’ll rely on the most is your power swing — achieved by holding down the attack button until the sword lights up — which sends enemies flying into other enemies, knocking them all down like bowling pins.

For a game with such simple controls, I found myself improving a lot over the course of it. Timing will always be the main factor in approaching enemies, but it’s not the only one.

Is that you, Street Fighter?

AoLR is chock full of amazing boss fights, but it’s the ones near the end that take the cake. Out of nowhere, Ralph beefs up and returns to his adult form that he was stripped of at the start of the game. Now empowered with ripped muscles and a giant sword, he has some new moves in his arsenal. A lot of them. In fact, AoLR inexplicably becomes a temporary fighting game.

These sections aren’t exactly a blast; in fact, the last two can be downright frustrating. But, it’s kind of awesome just how random and ambitious it is. Maybe the developer was working on a fighting game before this and decided to just throw its features into AoLR? It plays decently and serves as a memorable twist. Just get ready to have your ass beat because the bosses refuse to take it easy on you. It’s best to play cheap with the jump slashes.

The fructose intolerant need not apply

My favorite feature of AoLR is the constant allure of the fruits. As you traverse a level, you’ll occasionally see a line of fruit tempting you to make a dangerous jump or go off the path in front of you. By doing so, you’ll spawn more fruit that will eventually lead to hearts (collect enough for a 1up) and a high score.

I’ve read this scoring system originated in the Wonder Boy series, but I haven’t seen it anywhere else. It reminds me of a Cave shoot-em-up in that it rewards risky players while highlighting the best path through a level — just make sure you don’t hesitate or you’ll die.

I’m not one for high score runs — and it’s certainly a task just to survive in this game — but I always get excited when one of these fruit paths shows up.

From the sewers to the sky

As generic as it may be, the world of Little Ralph is at least a colorful and diverse one. This is a game where levels within stages are unique and unlike the levels that come before and after. One stage has you going from exploring a fortress to zipping through a cavern in a mine cart. You’ll visit sewers detailed with rats scurrying across the floor that you can chase and towns with birds that fly off into the distance. AoLR may be reminiscent of a Super Nintendo game, but it’s in these details that it surpasses what that system was capable of achieving visually.

As you fall from the sky repeatedly or into spike pits, you’ll be thankful that the areas you are replaying are full of detail and character.

It’s a small detail, but every area of AoLR is physically tied together. When the exit of one area doesn’t lead to the entrance of the next, you’ll at least see Ralph get to the next area by ship. It’s a cool little touch.

The game may not be open enough to be considered a Metroidvania, but each level has numerous alternate paths and hidden bonuses. This is the type of game you can replay and get something more out of it. Though, I imagine very few players will get to the game’s true ending which can only be seen by beating the final stage on normal. Playing on easy may give you extra health, but the game ends a couple stages early. Just be aware that the final stage makes Super Meat Boy look like a cakewalk.

Thankfully, AoRL has an excellent checkpoint system — one of the best in its genre. Each level has multiple checkpoints, which always feel well balanced. When you are going through a hellish platforming segment, you’ll find checkpoints around every corner. But, when you are just going through an area of average difficulty, you’ll find checkpoints to be scarce. There are also different kinds of checkpoints. Sometimes when you use a continue, a checkpoint won’t work and you’ll rollback to a previous one. I personally love this, since it maintains challenge without being binary and frustrating.

Like many aspects of Little Ralph, you get the sense that this mysterious developer put a lot of thought into the checkpoints. The game shares many simple qualities common in its genre, but it does these things with finesse and style. On first glance, you may struggle to date the game to a year or even console generation, but you’ll be able to see the timeless elements of this platformer right away.

What is your favorite 2D platformer of the PlayStation-era?

Do constant checkpoints annoy you in platformers?

Can you think of another game that has a fighting game within it?