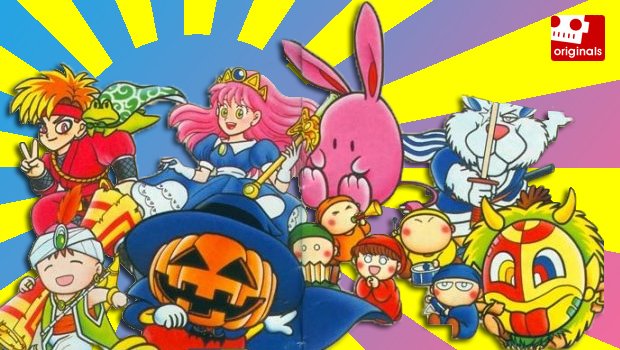 We all have that one so-called classic that we groan at when we see it appears at the tip-top of “Best Games of All-Time” lists. For me, that game is Tetris. Sure, I played it on my Game Boy. I got the music stuck in my head. I know the thrill of sliding a long block down a well, but it didn’t exactly light my world on fire.

After watching the excellent Tetris documentary Ecstasy of Order last year, I gained new respect and interest in the revered puzzle game. It wasn’t until discovering Tetris Battle Gaiden earlier this month that I finally found a gateway into the wonderful world of Tetris. Though I will still balk at it being included in “Best Games of All-Time” lists, that will now be due to Tetris Battle Gaiden not being in its place instead.

I need things to do and reasons to do them in my games. It all comes down to personal preference, but I’m a goal-oriented person in life as well as in games. I play shooters to 1cc them, I play first-person shooters to beat them, and I play Lumines because … because … dammit, that doesn’t fit this train of thought at all — WHY DID I EVEN MENTION IT!?!

The point being, Tetris is kind of dull to someone like me that needs a greater goal than playing for score. Like the world’s least-qualified monkey scientist, I’ve hit my head against a wall and smeared it in feces trying to gain an answer to this question: Why do I love Magical Drop, Puyo Puyo, and Money Idol Exchanger? Having Tetris force fed to Street Fighter is what it took to make me come to the logical conclusion that I need an opponent other than myself to make falling-block puzzle games interesting.

Tetris Battle Gaiden is more deserving of the name Super Puzzle Fighter than the game Capcom made. TBG may lack the visual representation of a fight — look toward the brilliant Dossun! Ganseki Battle for that — but it combines the mechanics of a fighting game with Tetris. Managing your supers and controlling your space is what this game is all about. You’ll counter opponent’s moves, send them to their end with a well-timed drop, and end a match with a brutal super attack.

Each of the game’s 10 characters (including two hidden ones) have four specials with their own advantages and disadvantages. You use these specials by building up your special meter through clearing lines with special orbs in the pieces. Once you clear one of these pieces, it goes into your hands until you spend it or save up for a level 2, 3, or 4 special. Since both players share the same upcoming block feed, there are hectic moments where players race to get the next special block.

The level 1 special for all characters is something that benefits the caster, instead of damaging the opponent. The bunny character stomps the 4 bottom lines off the screen, while the tiki guy pushes all blocks to the side. When you are in a bind, you’ll rely heavily on these basic moves. When you are feeling more aggressive, you can turn to your other three specials which are almost always creative and devilish.

Aladdin’s level 3 faxes his screen — yes FAXES — to the other player, replacing his blocks with the others. It’s a really weird strategic move that evens the playing field in desperate situations. Pumpkin Head’s level 2 makes the other player’s screen pitch black, turning the opponent’s currently held piece into a flashlight. Once you get past the novelty of the specials, you’ll find a lot of depth to how you apply them. Like any good fighting game, you need to learn a character and his or her’s move set if you want to succeed.

Tetris fans may feel a bit different about Battle Gaiden since it shakes up the rules and strategies they’ve come to know so well over the years. Making a well and sliding in long line blocks isn’t always the best strategy here. Sometimes, you want to focus on clearing a line with special orbs so you can get to your special faster. While some skills will transfer to this Tetris variation, the competitive framework will make you rethink your approach.

Beyond being an addictive and fun game, TBG is a very pleasant one with great art design, quirky music, and a lot of content compared to similar games that offer few characters and stages. If you are a Giant Bomb subscriber, you may have become familiar with this game and sought it out as I have (though I’ve known of it since long ago). Slap on an As Seen on IPTV sticker on the box, because playing TBG with friends is as great of a time as the Giant Bomb guys make it out to be.

The best thing is that everyone knows Tetris, so everyone is willing to give TBG a shot and be half decent at it. Crawl out of your serial-killer dungeon and nab your mom for a couple games and you’ll see how true this statement is.

Are you also lukewarm on Tetris?

What is your favorite Tetris variation?

How awesome is the character art in this game? (Hint: Very.)