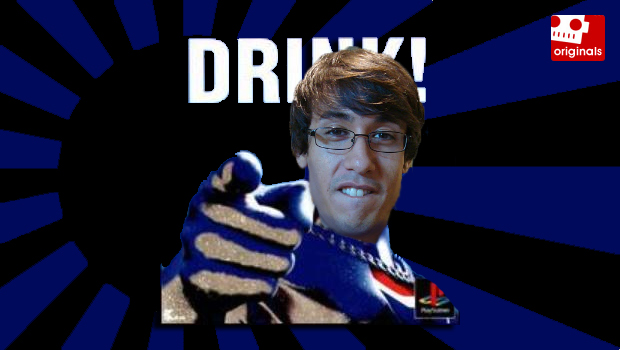 Before there was Nathan Drake, there was Pepsiman, a hero’s hero who spends every waking second bringing delicious Pepsi refreshments to thirsty consumers, often putting himself in peril in the process.

While most may think of Destructoid Editor-in-Chief Dale North, lover of corgis and Pepsi, as Pepsiman in the States, the legacy of Pepsiman can be traced back to this audaciously bananas Japanese game that is sure to put a smile on any Pepsi-lover’s face. Well, at least until they reach Stage 4, that is! 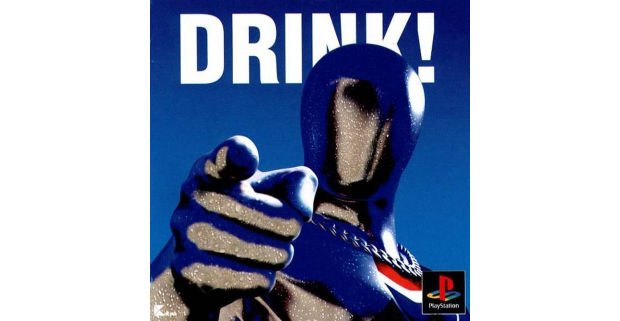 Sometime in the mid-90’s, Pepsi’s Japanese branch decided it needed to do something spectacularly Japanese, so it contracted comic book artist Travis Charest to create a superhero mascot that could promote delicious yet affordable Pepsi. Pepsiman may look like a creepy, faceless S&M-fanatic, but Pepsi decided to further promote his image through wonderfully insane commercials and a Japan-only videogame.

Pepsiman, also known as The Running Hero, doesn’t have much power. He knows how to rock a skintight silver-and-blue suit (eww), carry Pepsi in his body cavities (double-eww), and run really fast. Some people use these “powers” for evil (see: Dale North), but the original Japanese Pepsiman used it for saving citizens from death-by-thirst.

In accordance to the commercials, each of the game’s four stages tasks Pepsiman with saving some poor individual who is in desperate need of the crisp, God-like flavor of a Pepsi. Whether it’s a group of citizens stuck on a roof amidst a fire or a military man stranded in a desert, Pepsiman is on the way with a refreshing can of Pepsi.

You know Pepsiman is a quality title because it’s made by a developer who primarily makes adult-romance visual novels! To be fair, KID Corp. also made a beat-em-up (UFO Kamen Yakisoban) about a instant noodle mascot, so it is no stranger to making games for the consumer whore at heart. Like Katamari Damacy and God Hand after it, Pepsiman is such a gloriously twisted, charming spectacle that it’s hard not to fall in love with it. That’s not to say the game is in any way on the same level of playability as the aforementioned titles. In fact, Pepsiman is one of the simplest PlayStation games I’ve ever played — it could easily be played with an NES controller if it were an option (which it may be these days via emulation). 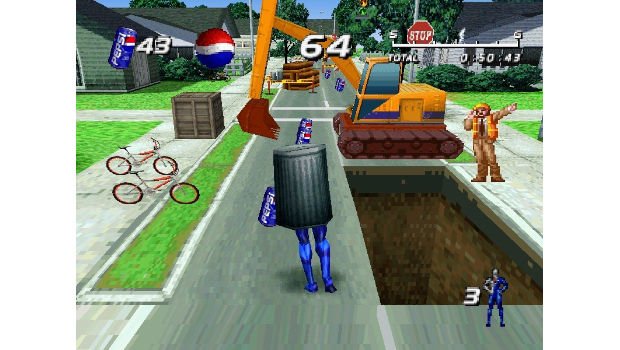 Pepsiman is kind of like Crash Bandicoot on PCP-spiked Pepsi. You automatically run forward as you control Pepsiman from a third-person perspective. Since everyone in Pepsitown is an incompetent, Pepsi-crazed fool, every car, construction crane, and buffalo tries its hardest to crash into Pepsiman. You can dodge these obstacles by jumping, sliding, or sprinting, but get hit enough times and you’ll have to restart from one of the checkpoints (which are generously spread out).

Pepsiman hits a middle-ground between Paperboy and Muscle March, in terms of complexity and pace. The game starts off simple enough, but the later levels demand such perfect timing and precision that only the most dedicated will see the ending. Eventually, memorization becomes more important than skill and reflex.

Despite having a pretty basic foundation, the game throws gimmicks that add some variety to the madness. Some levels require skateboarding or navigating the world with a steel drum over your body (forcing backwards controls on you). Additionally, every stage culminates with Pepsiman’s escaping an object like in those Crash Bandicoot “boulder chase” scenes. It makes for a fun but stressful finale.

The real draw of Pepsiman is the sheer lunacy that pumps through every second of the game. Much like the Japanese commercials, the game is obsessed with American values and culture. Unlike the commercials, a good chunk of the game depicts Americans as unhygienic hillbillies. Each stage is bookended by FMV footage of a fat American guy drinking unholy amounts of Pepsi while eating chips and pizza and watching TV. 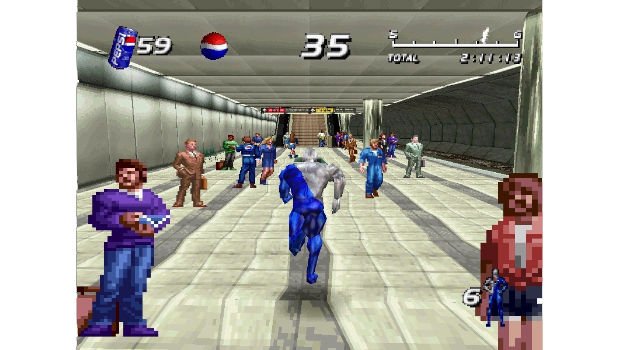 It’s odd that the game is entirely in English, but it’s the fat hillbilly’s dialog that will stick with you after the game is done. It often borders on nonsensical Engrish: “Everybody Pepsi! Drink Pepsi! Pepsi only my choice!” Add some teeth rot, cocaine, and hookers, and you have a perfect depiction of what too much Pepsi can do to a mentally-addled American. It’s difficult to tell if this hillbilly parody is self aware or not. In either case, it’s an amusing award for completing a stage.

I wouldn’t say Pepsiman is a great game, but it’s a highly amusing one, especially when played in a group setting. The entire premise is ridiculous, so full of little details that are easy to miss and make the game so charmingly brain-dead. I don’t recommend putting up with the impossibly hard later levels, but it’s worth playing while the fun lasts. It brings me back to a time when corporations had mascots, Japanese games were insane, and graphics weren’t everything. Pepsi is everything!

DRINK! PEPSI™ ONLY MY CHOICE!

Do you drink Pepsi while you game/fap?

Have you ever had PCP-spiked Pepsi? (Be honest.)

[And he entrusted them with his invented magic stick]