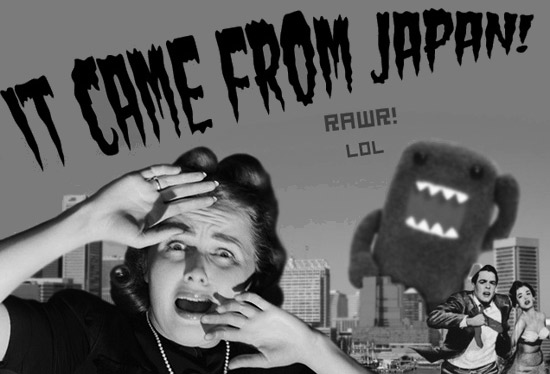 For this first week, I’ll be tackling Otona no DS Kao Training — better known as Face Training for Adult’s DS. The game comes with a camera that goes into the GBA slot of your DS so that the game can monitor your facial movemets.

Mad-Gear‘s an import and retro shop we met down at Otakon, and they’ve been kind enough to help us out and sponsor us with a copy of the game. Be sure to check them out, and if you’re a regular con-goer, be sure to check their schedule, to see where they’ll be appearing. If you’re interested in picking up the game, send them an e-mail. Now, let’s move onto the game!

Face Training is designed as part of Nintendo’s Touch Generations label. Like some of the other titles that share this mark, Face Training is considered a “non-game” — in fact, playing through it, the game feels like a clone of Brain Age, except without a creepy Japanese face telling you that you’re ugly or that you could stand to lose a few pounds.

Much like Brain Age, the game will have you go through several rounds of exercises, until you’ve maxed yourself out for the day. You can stamp your little day book (with pretty pretty flowers, no less!), and then the game also gives you of doing all the other exercises on an individual basis. I guess if you’re that desparate for some facial action, the game can give you a hit.

The facial exercises vary in difficulty, from rolling your eyes about to making faces that wouldn’t even be produced during orgasm. How do I know the faces are that ridiculous? The game takes photos of me while I’m in the middle of making a face, and then shows them to me after the fact. I wish there was a way to save the photos to show to other people later on, or to port over to a computer or removable media.

You devote a good amount of time to the exercises, with length of time ranging from three to nine minutes for a single exercise routine. The game will make sure that you actually exercise your face. A typical session might go as such: you start off with some basic eye rolls, looking in most every direction. After that, the game will throw some eyebrow lifts to stretch out the upper portion of the face. Finally, it will turn to some serious business — making extremely exaggurated vowel sounds.

The hardest part about exercising is making gradual faces. The game will count from one to five, and you’re supposed to have not completed the exercise until the couter reaches five. It’s probably the most excruciating part of the game. Holding the facial position for three to five seconds is relatively easy, but then releasing the expression gradually is just as grueling, if not more, because of the first part of the exercise.

The game doesn’t require an extensive knowledge of Japanese. The menus are all relatively easy to read, and you only need to know some kanji if you’re interested in what the explanations are for the purpose of each exercise. Otherwise, you’ll just have to rely on audio cues from the system, which tell you what to do at each point, and then count how long to perform each action. I would say that after two semester’s worth of studying Japanese, you should be able to stumble through this game. If you’re intent on knowing everything going on, then it’d be best to have a kanji dictionary handy.

In addition to the DS cartridge and the game camera, it comes with a little stand so that you can prop up your DS, book style. This allows the game to have a lot less trouble reading where your face actually is, because if you hold it in your hand, the game will be shaking a lot more than you’d think.

Is this game import-worthy? It’s somewhat amusing to play, and if you actually want to try and exercise your face to remove the wrinkles from your faces, or if your mom speaks Japanese, then this might be something to give a shot. At a usual import price of around $50, it might not be worth it right now.

Nintendo’s push for more and more non-game stuff might see Otona no DS Kao Training come out, along with the rest of the Otona no DS series here in the States. At that point, expect to see it on QVC. Perhaps it’ll be best if you break out the Face Training during a drunk party and have a camera handy so that you can save those faces being made.