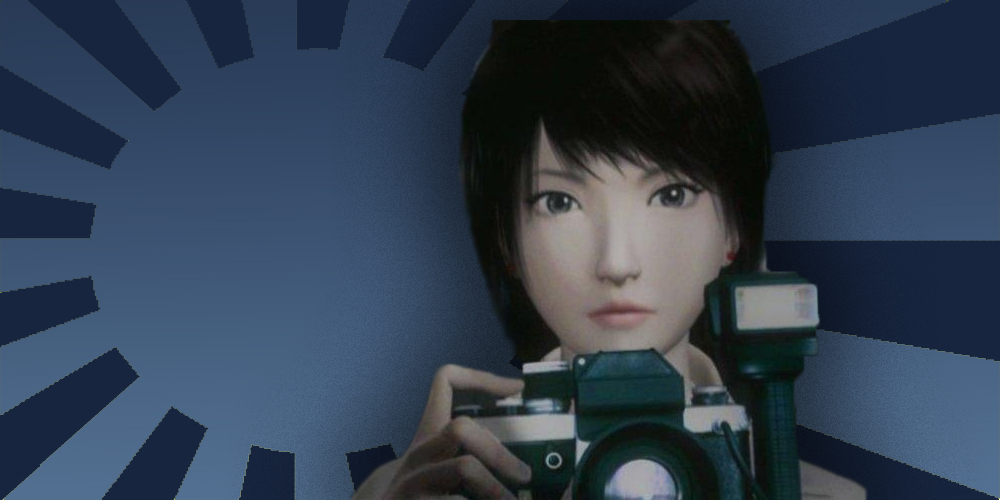 Definitely not a Kodak moment

Distance has a way of making horrors insignificant. A car accident and a zombie may strike fear into the heart, but when viewed from a distance, these threats don’t seem all that real — or, as real as a make-believe zombie can seem.

Unfortunately, keeping the horrors of Rougetsu Island at a distance is not an option.

In Fatal Frame IV, getting face to face with a ghost is the only thing that will save you, even if it makes your heart race to an uncomfortable degree. You could turn you head away as you approach, but you’d miss your target and, not to mention, the point of the game.

J-horror is the least offensive of horrors. I never understood what’s so scary about an annoying, screeching pale kid that threatens to scratch your face. I mean, haven’t people babysat before? Yet, people flock to the theater to see films like Ringu and Ju-on: The Grudge which the Fatal Frame series borrows greatly from, along with the Japanese folklore that serves as their inspiration.

As you can tell from the above, J-horror doesn’t do much for me. I gave Fatal Frame II a try, many Halloweens ago when I was searching for the ultimate spook. After making it through the first hour without a good scare, I moved onto Silent Hill 4: The Room where I had many satisfying spooks! But, here I am again, returning to the series for its Japan-only Wii debut, in hopes that the jump in technology and developers will do it for me.

FF4 is kind of the Resident Evil 4 of the series. It features a new camera system, focuses more on action, and includes new ideas that make cinematic moments interactive. It’s not quite as big of a jump in structure, but how could it be when the series embodied the RPG elements of RE4 since its beginning in 2001? Instead of wielding a gun in Fatal Frame, you aim an old-fashioned camera, called the “Camera Obscura,” from first-person. You’ll acquire ammo, build up points from combat, and spend them on abilities.

The game takes place in the spookiest of spooktacular locations: A haunted sanitarium … for children … on an island … where much abuse happened. Seriously, I dare you to come up with something spookier than that right there! The story is about five girls who were kidnapped by a serial killer and taken away from the sanitarium. Now, ten years later, the girls return to the sanitarium, alongside the detective that saved them, to dig up their past. Each of the game’s chapters puts you in the role of a different character, making for some slight variations in gameplay and novel storytelling.

This is a notable entry in the series mostly because it was co-developed by Suda 51 and his studio Grasshopper Manufacture, who you may know from Killer 7, No More Heroes, and Lollipop Chainsaw. As with most Grasshopper games, very little is known about Suda’s actual input on the project but one can make some connections to his other games. Though the developer has flirted with survival horror in the past, FF4 is the closest it has come to making a full-fledged attempt in the genre.

The revamped controls for Wii both add and take away from the hardcore spooks that drew people to the series in the first place. Fixed camera angles have been replaced with an over-the-shoulder camera reminiscent of RE4. The game takes advantage of this with long narrow hallways that are nerve-wracking to walk down, as you sense a spooky ghost is around every corner. You also feel more immersed in the world, thanks to there not being cinematic camera angles pointing you toward a place or upcoming event.

The motion-based aiming doesn’t work quite as well. Some critics argue that the awkward controls add to the spookicity, but I found they just made combat frustrating, not slower and methodical like tank controls. There is also no good way to evade a ghost’s attack, without unlocking a cheap ability that lets you shake them off every time. Taking photos requires timing and accuracy. It’s a pretty fun system, even with motion controls, but it definitely takes away from the spook factor when numbers and exclamations flash on the screen like an arcade shooter.

The new item pick-up sequences that force you to slowly reach out by holding down the A button are the best additions to the series in FF4. These scenes creeped me the hell out, as I anticipated a hot spook. But, in the end, they stopped having much of an effect because the game keeps advertising its scares. Spooks rarely happen during these sequences or while walking down narrow hallways, so the game just stops being all that unsettling after a couple of hours. I started going through the motions of acquiring items, battling ghosts, and reading story-related documents without being phased — and I am no master of the spooks!

FF4 is on rails to a fault. I enjoyed the first couple of hours, but found the spooks become far too obvious and monotonous over time. I also became frustrated with the constant cutscenes that took control away, ending all possible spookability. The atmosphere and story of FF4 is pretty neat and almost enough to continue playing. I just wish the game kept mixing things up in creative ways in the same way that RE4 did. If pale ghost kids is enough to make you scare yourself, maybe you’ll find FF4 frightening throughout.

And so ends my coverage of spooky games for this run of It Came from Japan! but there are still two more entries to come, featuring two beloved Super Famicom games. Crawl out from the covers, shake them spooks off, and get ready for some 16-bit platforming and stats in November!

What Japanese games give you a serious case of the spooks?

Does too much action ruin a good spook for you?

Does J-horror spook you or are you a tough tootin’ baby like me?

[Want to know more awesome Japanese games worth checking out? Visit the It Came from Japan! archive, ya dummy.]