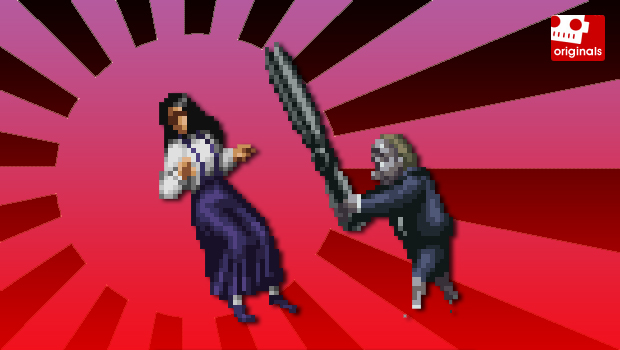 The key to eliciting fear has little to do with dogs that jump through windows or monsters that magically appear behind the player. These are jump scares that merely offer a temporary glimpse at the thing that makes us truly unnerved: vulnerability.

Whether it’s running down a corridor with no ammo left in Condemned, being limited to a wheelchair among ghouls in Silent Hill: Shattered Memories, or the entirety of Amnesia: The Dark Descent, feeling powerless against hostile, supernatural forces can really disturb a player. Being alone in a hostile world is one thing, but having no means of defense is what separates the Clock Tower series from other survival horror titles. 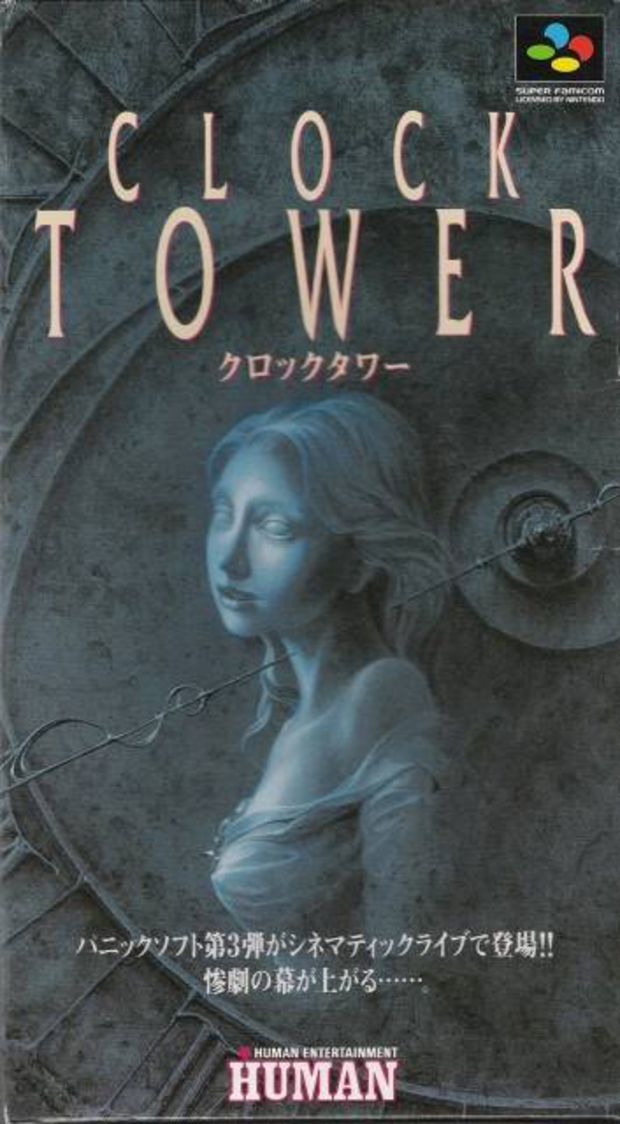 Although it has aged poorly, the original Clock Tower has a novelty value that makes it worth tracking down. It’s like a 16-bit tribute to Dario Argento, dressed up as one of the strangest adventure games you’ll ever play. 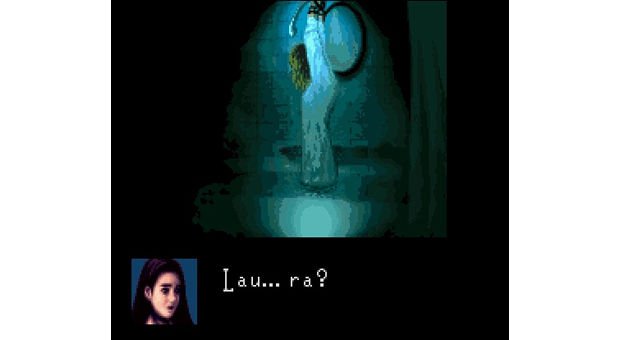 Argento is one of the few masterminds of horror cinema who realized that sometimes plot just gets in the way of atmosphere. True horror comes from the unknown, so the longer the mystery stays unraveled, the better. Likewise, Human Entertainment applies a similar work philosophy with Clock Tower. As you travel from room to room, you’ll gather small details of a larger picture that you will have to piece together in your head.

Like the Argento films the game is inspired by — it shares the most in common with Phenomena plot-wise — you are given very little background information at the start of the game. You play as Jennifer Simpson, an orphan who is relocated to a remote mansion after a wealthy recluse adopts her and her friends. The children’s teacher accompanies them to the mansion but mysteriously disappears after the girls enter. Since the other girls are useless, you are sent off to find her and figure out what is going on.

Clock Tower has been around for a while. I remember renting the PlayStation sequel — the first series entry to reach the states — and being completely baffled by it. I have to use a mouse cursor… in a console game? I have to hide in a bathroom stall and hope I don’t die? Surely, there must have been a shotgun near the entrance that I failed to pick-up! This is what I thought back then, and if this is your first time with the series, you’ll most likely have similar thoughts with the Super Famicom original.

At its core, Clock Tower is a very basic adventure game. You go from room to room, clicking on every notable object you can find. You’ll either get an observation from Jennifer that will progress the game’s narrative or an item that will be useful later. The twist on the formula, which makes Clock Tower a survival horror game, is that you are under constant threat of a strange man who is hunting you within the mansion; getting in his way means game over. 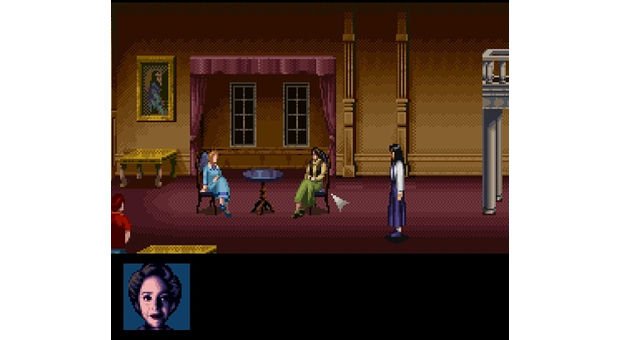 As you walk/run through the mansion, you’ll occasionally spot something moving behind a curtain or under a box. Sometimes it’s a cat, and sometimes it’s a deformed little boy with a giant pair of hedge-clippers who wants to kill you. Once you confront him (or any threat) head on, you will go into panic mode. Depending on your health, you’ll be able to run past, but if you are in a less-than-ideal state, you’ll start tripping, drastically slowing you down. If caught, you can rapidly press B to get out of the threat’s grasp, but you’ll eventually need to find a hiding space.

Hearing the creepy/annoying alarm music play as you run down the halls of the manor makes for a genuinely disturbing experience when it first occurs. However, you’ll eventually recognize what rooms are safe havens, which takes away much of the fear — you just head toward one and wait the next time you come across little Bobby and his scissors. Also, since Scissorman is always triggered by certain player actions, you start to expect him whenever you click on a sketchy area of a room (uh oh, closed shower curtains!). In the sequels, Scissorman will appear randomly, making the games much scarier and more suspenseful.

What mansion in a videogame isn’t haunted?

The haunted mansion is the main character of Clock Tower. Each of its rooms is lovingly detailed with creepy family portraits, occult books, and the remains of a very demented family. It’s impressive to see how well rendered all of it is on the SNES hardware. The limitations in color and scale give certain aspects of the world an extra haunted quality. Scissorman may look a bit goofy in this entry compared to later ones, but the characters’ portraits do get under your skin.

Again, the game shares a few similarities with the films of Dario Argento — well, at least the ones he made in the ’80s (the only ones that are worth watching). You have incoherent stories, distressed young girls, creepy occult stuff, and bright primary colors mixed with a dark, foggy setting. Seeing this sort of world come to life on the SNES has a lot of appeal for me, especially as an Argento fan. Discovering the hidden cave below Clock Tower‘s mansion and finding the dark secret beneath is a unique moment within the SNES’ catalog. 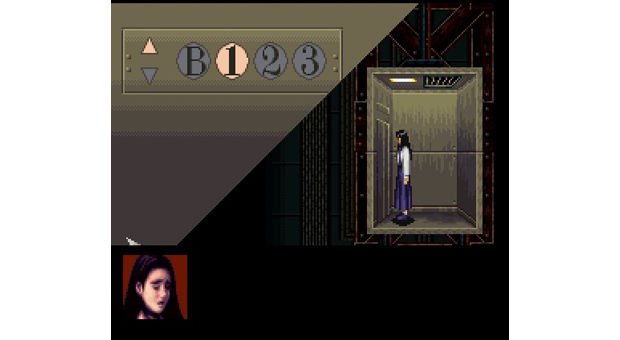 Unfortunately, navigating the mansion isn’t very fun — it doesn’t take long before you are playing “Unlocking Doors: The Game.” Resident Evil and Sweet Home have very well designed layouts that make locating rooms easy. Although Clock Tower is a 2D game, the mansion is designed with 3D space in mind, so you’ll need to think of the mansion as a square instead of as a very long line. You’ll go down hallways that take you from the east wing to the west wing, which can be very confusing since you are always heading left or right in 2D space.

Clearly, this was designed to retain some realism for horror’s sake, but it just ends up inconveniencing the player and dragging the game out. As a result of the mansion’s layout, it takes longer to get to where you need to go and makes it harder to keep up with where everything is. Since you are constantly hunting for doors to unlock, this becomes a major flaw in the design.

Thankfully, the game is brief and full of little surprises that make it worth playing to the end — well, one of its endings, at least. There are so many little decisions you can make that will alter how the story unfolds and the ending you receive . I can only imagine the excited conversations that friends in Japanese schools would have had about the game’s branching scenarios and vague story. Some of the things that happen can change pretty drastically, depending on the information you discover or fail to observe. It’s very much Heavy Rain before its time.

As an adventure game, Clock Tower isn’t very interesting. The mansion’s layout is confusing, puzzles are simple, and you’ll need to pixel hunt more than once. However, the atmosphere and unique design of the game make it worth experiencing. The game can be beat in less than three hours, which makes it perfect for a a single playthrough around Halloween. It’s not very scary, but the game sets such a haunting mood that it can’t be ignored.

Human Entertainment was at the forefront of bringing mature horror games to consoles. Along with the Twilight Syndrome series (which helped to launch Suda51’s career) and Laplace no Ma (very much inspired by last week’s featured entry, Sweet Home), Clock Tower is a game that helped establish survival horror as a genre and Human Entertainment as a developer. While the sequels are much scarier (due to random enemy triggers and more suspenseful hiding scenarios), there is something about the look, setting, and atmosphere of the original that makes it my favorite — I’ve never played Clock Tower 3 or Haunting Ground, though.

Despite its flaws, Clock Tower (or Clock Tower: The First Fear, as it was later renamed) is worth a shot. It’s atmospheric horror at its most raw, for better or worse. It relies on few mechanics but still manages to tell a compelling story that will suck you in. Hopefully, you won’t get too frustrated with the cheap deaths and pixel hunting to keep that from happening.

Is there a mansion in videogames more confusing than the one in Clock Tower?

Do mouse cursors in console games completely turn you away?