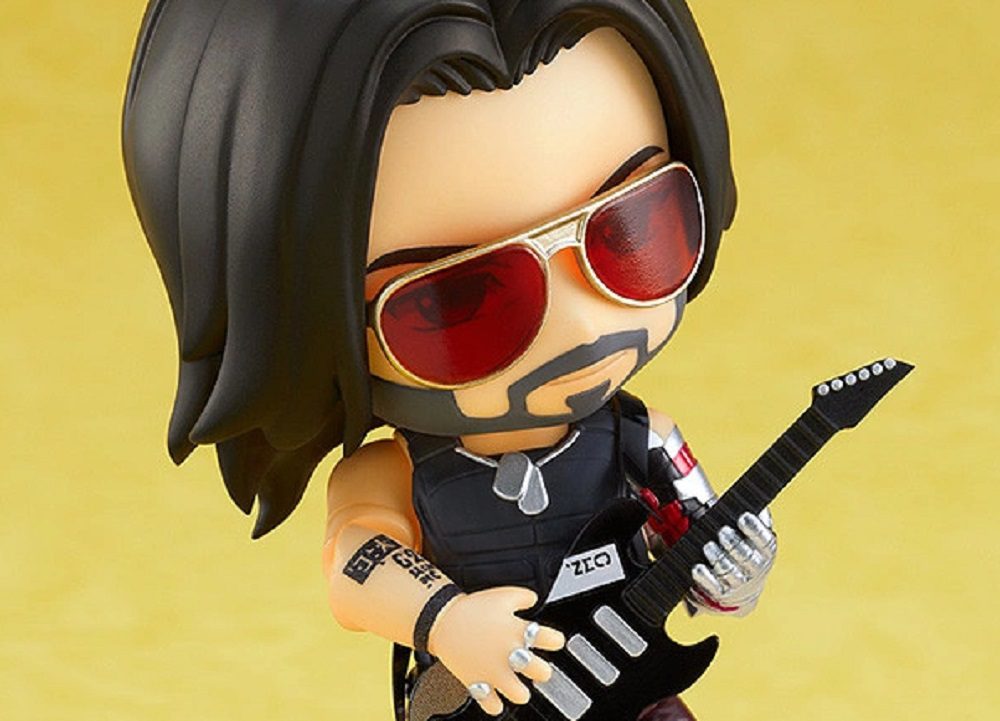 As CDPR release Cyberpunk 2077 pushes from one controversy to the next, it’s all too easy to remember glossier days, filled with promise, spangly demos, and an adorably awkward Keanu Reeves responding to an E3 audience member’s impromptu plaudits. Good times. Maybe we’ll have them again.

Those of you who still worship at the altar of Reeves’ in-game character, Johnny Silverhand, might want to know that merch-maker Good Smile Co. has opened pre-orders on a pint-sized iteration of the hard-rockin’ amigo – the latest in Good Smile’s range of poseable chibi action figurines, or “Nendoroids.”

Johnny Silverhand stands a dinky 100mm in height, (that’s just under four inches), and features the typical Nendoroid articulation features. In terms of accessories, Johnny is packing two faceplates, a duffel bag, his signature guitar, and his weapon of choice, the Malorian Arms 3156 handgun. Alternate hands will allow Johnny to shred some chords on his axe, or throw up the horns like Ronnie James Dio.

If you want a little Johnny of your very own, then pre-orders are open now over at the Good Smile Co. website and other retailers. Johnny Silverhand Nendoroid retails for around ¥5,000 (or roughly $48 USD) not including shipping or any relevant customs charges. Pre-orders close February 25, with Johnny expected to hit the road in September 2021. Wake the fuck up, samurai.