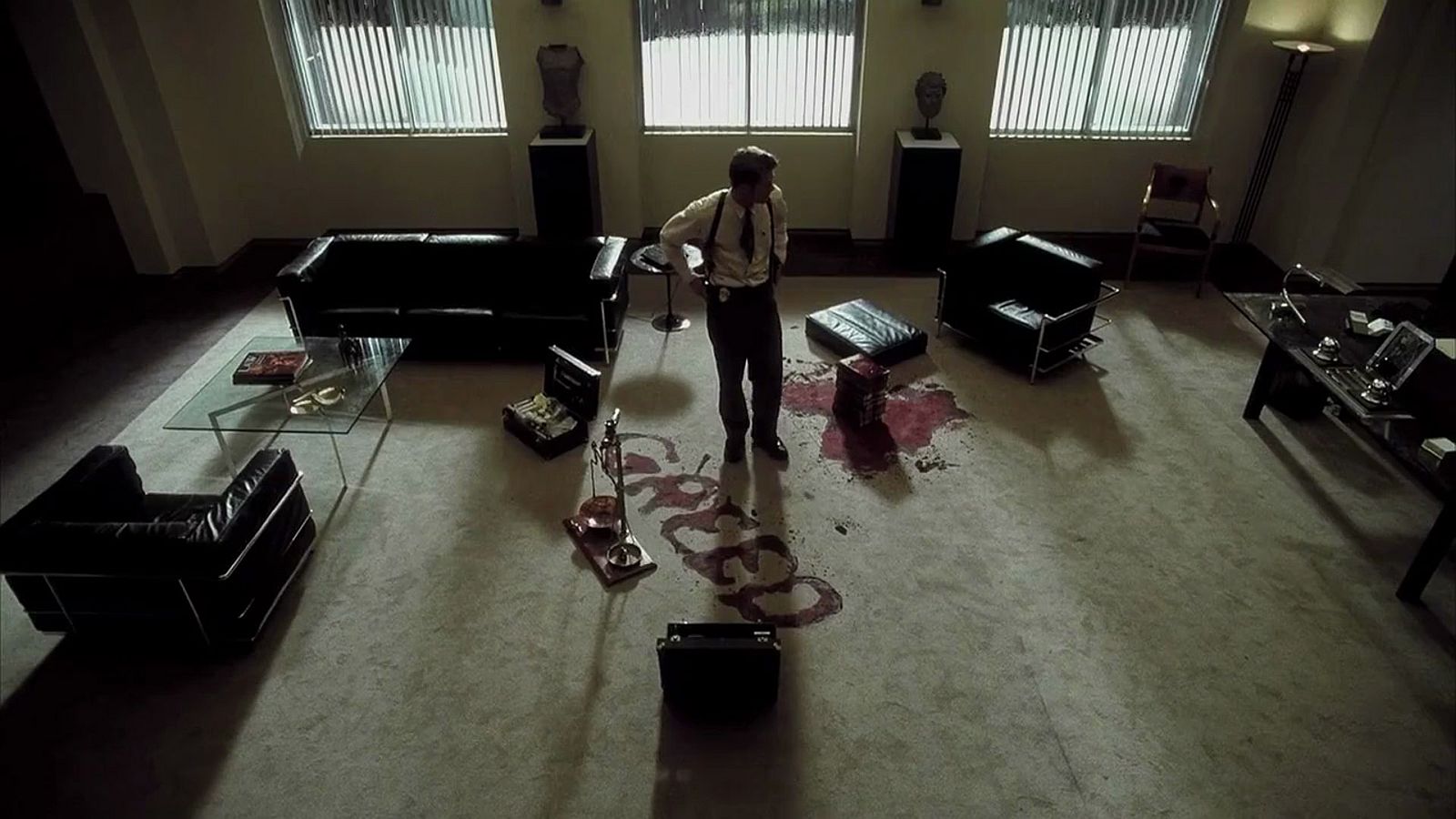 [Update: The plot thickens. Edmund has taken to Twitter over the past few hours saying the missing items were the result of a post-launch bug and not part of some nefarious plan to punish dataminers. Cagey as ever, Edmund won’t go into the hows and whys of what happened or why he couldn’t say anything at the time yet, but promises all will be revealed in a blog post in the coming days.

Guess we’ll have to wait for the whole story, but I don’t think I’m ready to believe it was all a complete misunderstanding. Edmund and Tyrone seemed to be intentionally egging the conspiracy theorists on. Even if the situation was unintentional and beyond their control, they at least had some fun with it in the meantime, which is all well and good. After all, you have to have a decent sense of humor and a slight masochistic bent to be an Isaac fan in the first place]

The Binding of Isaac fan community spent the past few days in the thores of a full blown, conspiracy nutjob meltdown. Heading over to /r/bindingofisaac was like a scene in a thriller where the cops peel back the secret entrance to a psychopath’s lair and find a wall of photographs with all the eyes scorched out with cigarette burns and a bunch of creepy doll heads nailed to a shelf. They thought Afterbirth, the recently released Isaac expansion, had some secret content they couldn’t get to, and they couldn’t help but tear themselves apart trying to find it. All the while, developers Edmund McMillen and Tyrone Rodriguez were stirring the pot, unleashing cryptic tweets and sneaky links, watching as it all boiled over.

Turns out they were sort of right, there was “missing” content. But none of it could be accessed by any amount of digging, crazy challenge, or datamining, McMillen and Rodriguez were playing a cheeky prank all along. 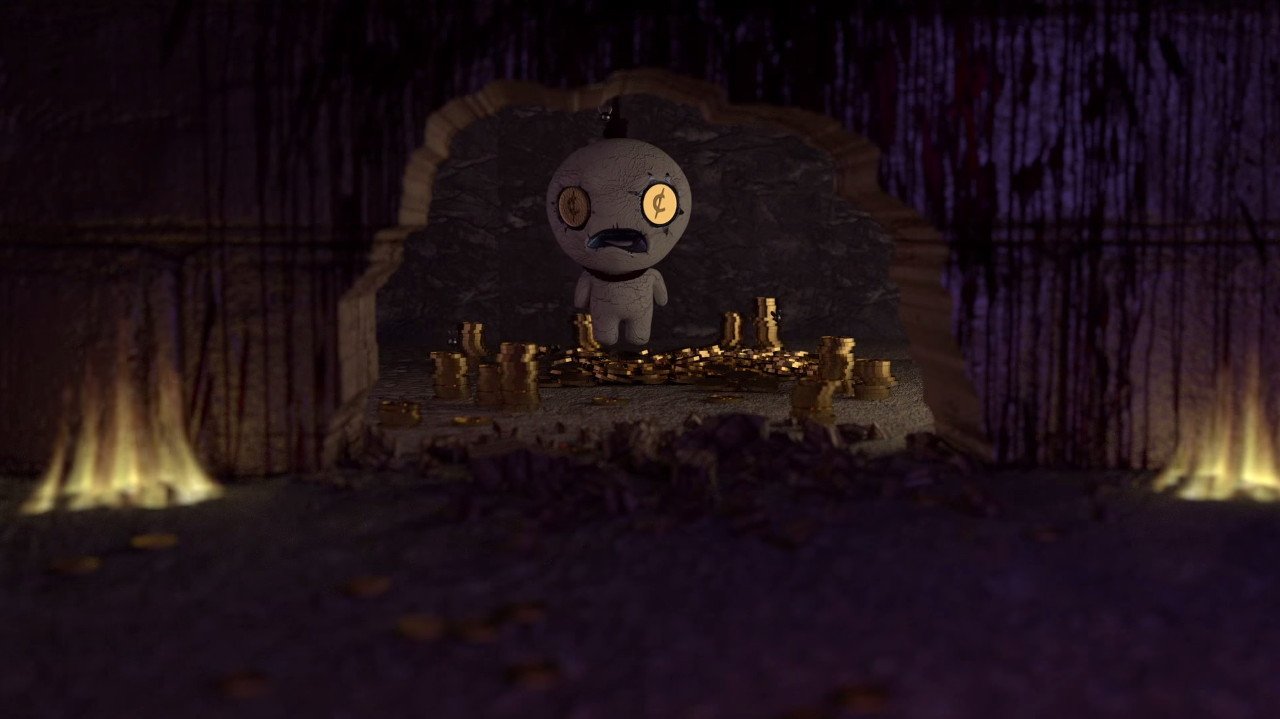 The cause of the hysteria was simple enough. Afterbirth was advertised as having 120 new items, but until early this morning, the community only managed to confirm the existence of 74 new items. When asked about the disparity, McMillen insisted the number was accurate, implying that the content is merely hidden. It didn’t take much to send the entire community into a tailspin of conjecture and wild mass guessing from there.

The situation was exacerbated by a few expertly launched salvos of psychological warfare from the devs. Both McMillen and Tyrone tweeted out a series of possible hints (and red herrings). Notably, both of them teased the number “109” as having some significance to the mystery, prompting Isaac sleuths to dig through their bibles, police code handbooks, math texts, and somewhat more dubious mystic numerology scripts to figure it out. The most prominent theory was that it took about 109 hours for Rebirth‘s major secret, a hidden character called The Lost, to be spoiled by datamining (rather than the convoluted clue system that players were supposed to spend months piecing together), and Edmund was still salty about it.

He was. 109 hours after the game launched, a content update hit early in the AM hours of the morning to add in the missing 46 items.

Kotaku’s Patrick Klepek did an excellent job of sorting through all the tangled logic and tortuous experiments conduct by Isaac’s rabid fanbase over the past few days, trying in vain to solve an impossible mystery. I highly recommend reading his article on the situation to understand the depths the Isaac community was wallowing in.

I have to admit, there was some deep, dark, horrible part of me hoping this would all turn out to be an elaborate scam. It should have been obvious, Edmund was not a happy camper when The Lost was spoiled, and has been openly nursing a grudge against all the players who were so greedy to unlock everything from Rebirth as soon as it was out that they had to go and cheat. Greed is a major theme of Afterbirth, and it looks like Edmund took the opportunity to teach the community a lesson about the most popular of deadly sins. Now that it’s happened though, it’s a bit of an anticlimax. Now I’m hoping there really is a super secret buried somewhere in the game. Guess I’m just a greedy guy.

Before you think that no developer would be so sadistic as to torture his fans like that, I encourage you to sit down and play Afterbirth. Sadism is the order of the day. I’ll have my full review up in the near future, but let me tell you right now, Afterbirth positively delights in torturing the player. Why should we have expected any different from its creators?