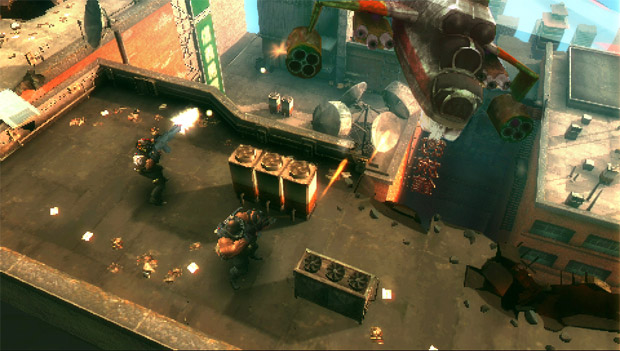 There are a few new interesting tidbits to take away from this latest trailer for the PlayStation Portable version of Army of Two: The 40th Day. The fact that it’s a drastically different experience than its console brethren is not one of them, if you recall Ben’s preview.

Besides keeping a few major elements that make Army of Two what it is, The 40th Day on PSP will probably remind you more of Killzone: Liberation than anything else. But wait, there’s some actual news in here! Are those Issac Clarke (Dead Space) and Dante (do I even need to say?) player skins I see?

As we’re told at the end of the video — I get the feeling that some of you probably stopped watching halfway through, you jerks — a demo is on the way. January 7 in North America and the 14th in Europe, to be specific.