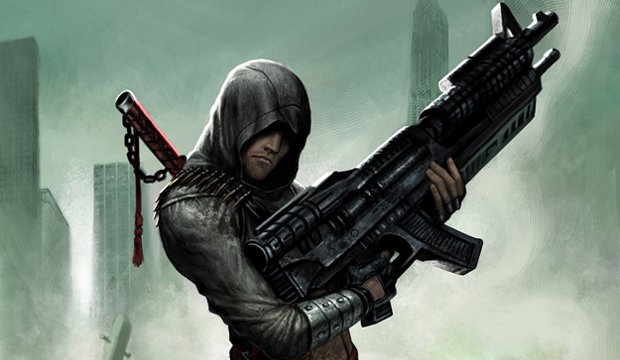 When we at the Dtoid staff saw this bit of concept art possibly produced for Assassin’s Creed, our collective jaws hit the floor. The assumption has long been that someday the game would be taken into the modern era, something all but confirmed by the ending of Assassin’s Creed 2. This might be what Desmond has to look forward to in an upcoming game.

The image, taken from the artist’s portfolio website (which has lots of other great art on it), is dated 2007. Since that’s the same year as the first game’s release, when work would have started on sequels, it’s in the appropriate time frame for Ubisoft to have wanted it. While the artist’s resumé doesn’t explicitly state having worked for Ubisoft, this could fall under her freelance work in “Ongoing Character Commission Work.” Or it might not. Hard to say, but I can dream.

I really, really hope that this is what will come down the pipe for a third title. I love that he’s wearing the more simplistic robes that Altair wore and the contrast that has to the high-tech weaponry. Make this happen, people!